A new study, led by Dr. Klaus Reinhardt at the University of Sheffield, shows that females of some species can... 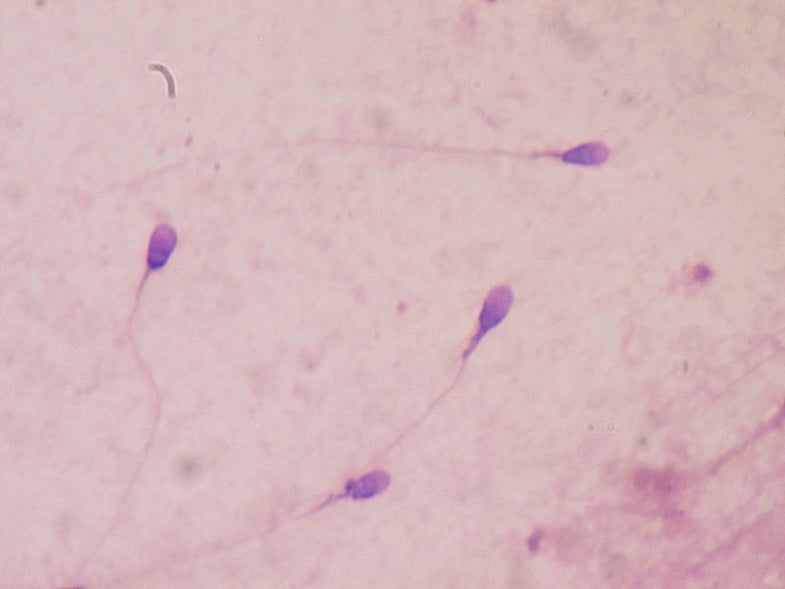 A new study, led by Dr. Klaus Reinhardt at the University of Sheffield, shows that females of some species can prolong the lifespan of ordinarily short-lived sperm cells by days, months, or even decades, waiting for the optimal time to use it. The study could have some big implications for the general study of aging, as well.

Here’s the deal: sperm cells are very short-lived, typically. They have a very high metabolic rate compared to other cells, but the reasons why sperm cells deteriorate so quickly is still not well-understood. It was assumed that part of the problem is that sperm cells produce a comparatively high amount of free radicals, which are damaging to the cells.

The study used a technique called fluorescence-lifetime measurement, more often used in oncology, to examine the sperm cells held in the body of female crickets. They compared the metabolic rate and production of free radicals in the female crickets to sperm stored elsewhere, and found that the females were somehow able to alter both of those attributes–the metabolic rate within the females was a whopping 37 percent lower than the other sperm.

That process allows many species of females to store sperm cells for a very long time. It’s not just insects; birds, fish, and reptiles are also shown to have the same ability to delay aging in the sperm cells. The most impressive creature is an insect, though–queen ants can keep these cells alive for an insane 30 years.

There are some interesting implications coming from this research. It definitely aligns with the theory that free radicals are a key element to the aging of cells, but it also explains why fertility tests on sperm are so unreliable. Without a female to slow down their rate of death, sperm cells could easily perish during the test.