Can Animals Really Be Gay?

Or are they just curious? 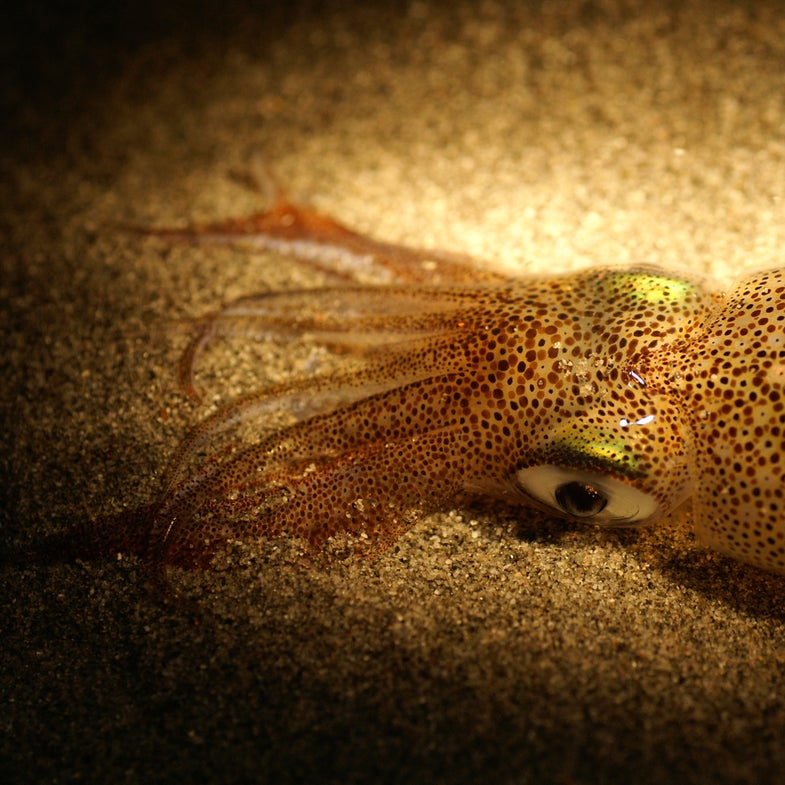 Scientists at California’s Monterey Bay Aquarium Research Institute and the University of Rhode Island recently reported on the same-sex mating habits of Octopoteuthis deletron, a deep-sea squid that indiscriminately shoots sperm packets onto both male and female squids passing by.

See our survey of the animal kingdom’s glorious rainbow.

O. deletron isn’t alone in its same-sex sexual behavior. In a review article published in 2009, biologists Nathan Bailey and Marlene Zuk at the University of California, Riverside, noted that “many thousands of instances of same-sex courtship, pair bonding and copulation have been observed in a wide range of species, including mammals, birds, reptiles, amphibians, insects, mollusks and nematodes.”

Some animals, when given a choice, show a preference for the same sex, and researchers have even ascribed a same-sex sexual orientation to members of certain species. Read on for some fascinating examples.

Jennifer Abbasi is a science and health writer and editor living in Brooklyn. Follow Jen on Twitter @jenabbasi and email her at popsci.thesexfiles@gmail.com. 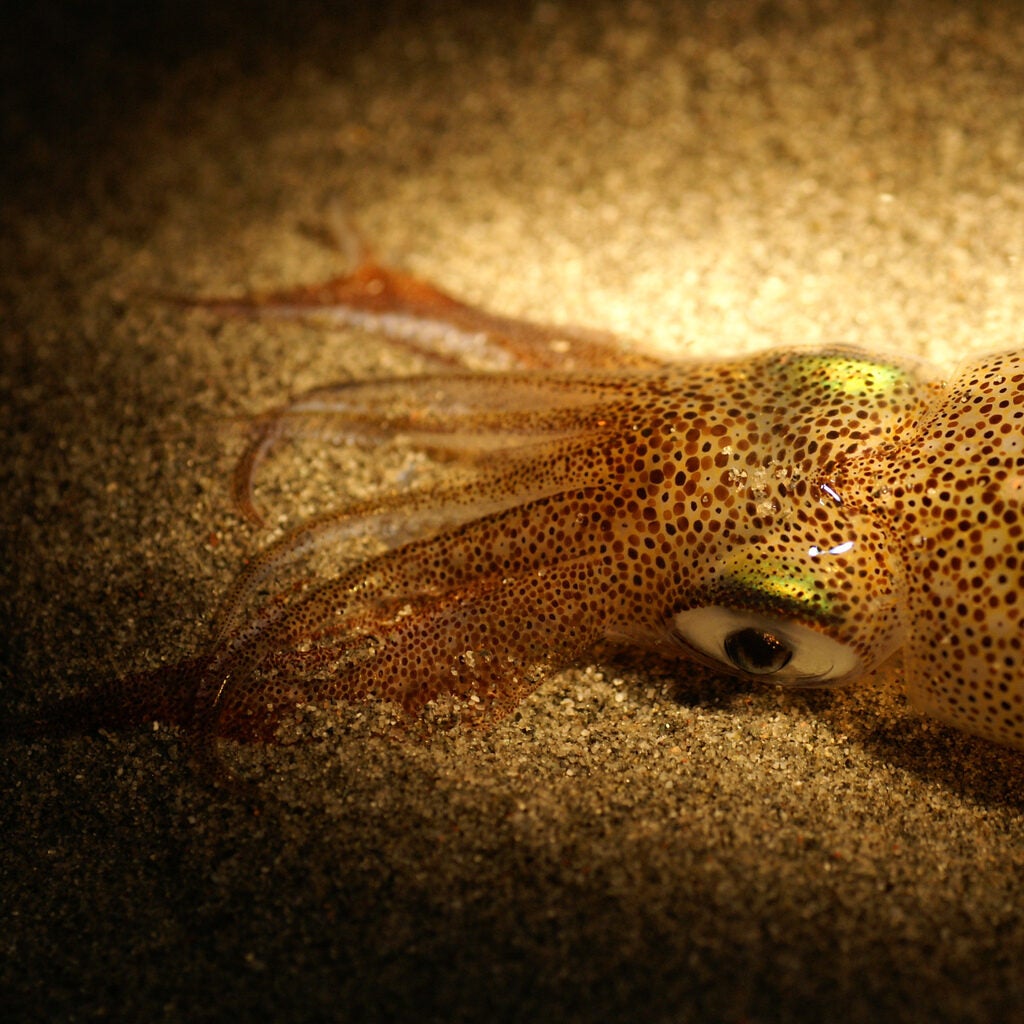 Octopoteuthis deletron isn’t picky. Combing through ROV video footage of the cephalopods taken over the last two decades, researchers found evidence of same-sex mating behaviors just as often as opposite-sex mating. For these invertebrates, observed 1,300 to 2,600 feet below the surface, mating means shooting a packet of sperm-containing sacs onto a partner. Sperm enters through the skin and is stored inside the female’s body until fertilization. Of the 39 squid whose sex could be identified on the videos, nine males and 10 females had sperm sacs attached to their bodies. But the finding doesn’t make some male squid gay or bi, lead author Hendrik Hoving told the New York Times. Rather than preferring males over females, or seeking out both equally, the squid simply take a literal shot in the dark in hopes of scoring a viable mate. aApparently, the costs involved in losing sperm to another male are smaller than the costs of developing sex discrimination and courtship, or of not mating at all,a the study authors wrote. (The pictured squid is not O. deletron.) 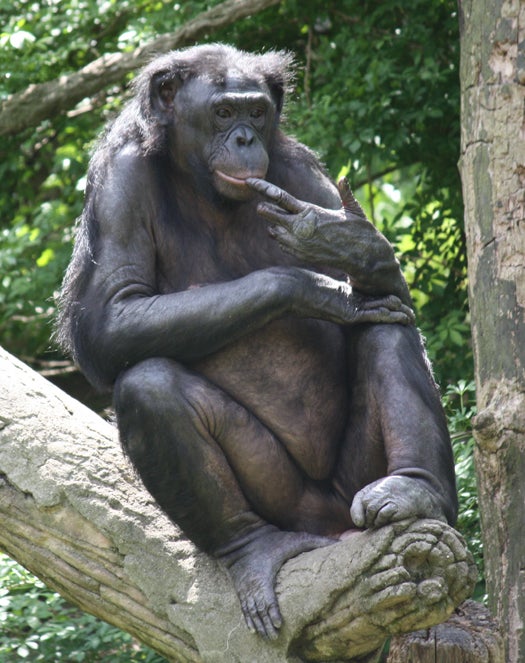 Same-sex sexual behavior is well documented in monkeys and apes, and bonobos, our closest relatives (alongside chimps) are a study in bisexuality. A whopping 50 percent or so of bonobo sexual encounters across all ages are same-sex. Female bonobos partake in same-sex genital rubbing once every two hours or so, often leading to orgasm, Stanford University biologist Joan Roughgarden writes in Evolution’s Rainbow: Diversity, Gender, and Sexuality in Nature and People, and an average of two thirds of their sexual encounters are with other females. Males also swing both ways, so to speak, although with less frequency. They participate in oral and manual stimulation, “rump rubbing,” “penis fencing” and even French kissing. Bonobo society (unlike that of chimps) is female-dominated, and lesbian sex helps form coalitions against males and welcomes new members into the group. These alliances help females of the species reproduce earlier than chimps, leading to higher lifetime reproduction success. “For a female bonobo, not being a lesbian is hazardous to your fitness,” Roughgarden writes. An evolutionary advantage is harder to theorize for female Japanese macaques, which don’t seem to use gay sex to form alliances, to get parenting help, as an expression of dominance or submission, or because opposite sex partners are scarce. These monkeys may do it just for pleasure, and because they still procreate frequently, the effect on the species is neutral. 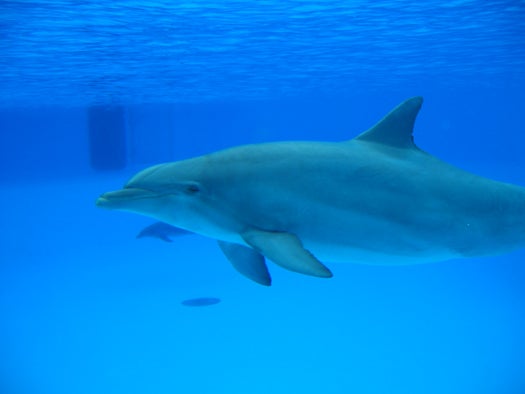 Among marine mammals, dolphins, whales, seals, seal lions, walruses and manatees all practice frequent same-sex genital play. “The lives of male bottlenose dolphins are characterized by extensive bisexuality, combined with periods of exclusive homosexuality,” writes Canadian biologist Bruce Bagemihl in Biological Exuberance: Animal Homosexuality and Natural Diversity. Males of this species form lifelong same-sex pair bonds around the age of 10, and don’t father calves with females until they are 20- to 25-years-old. Male couplings may strengthen alliances between small groups of bottlenose dolphin male and provide practice for later opposite-sex encounters. Both males and females stimulate same-sex partners using their snouts, flippers, flukes and genitals, and males — which have genital slits — have been observed having genital and anal sex with each other. In captivity, male river dolphins sometimes even partake in blowhole penetration, with the older animal, if there is an age difference, on top. 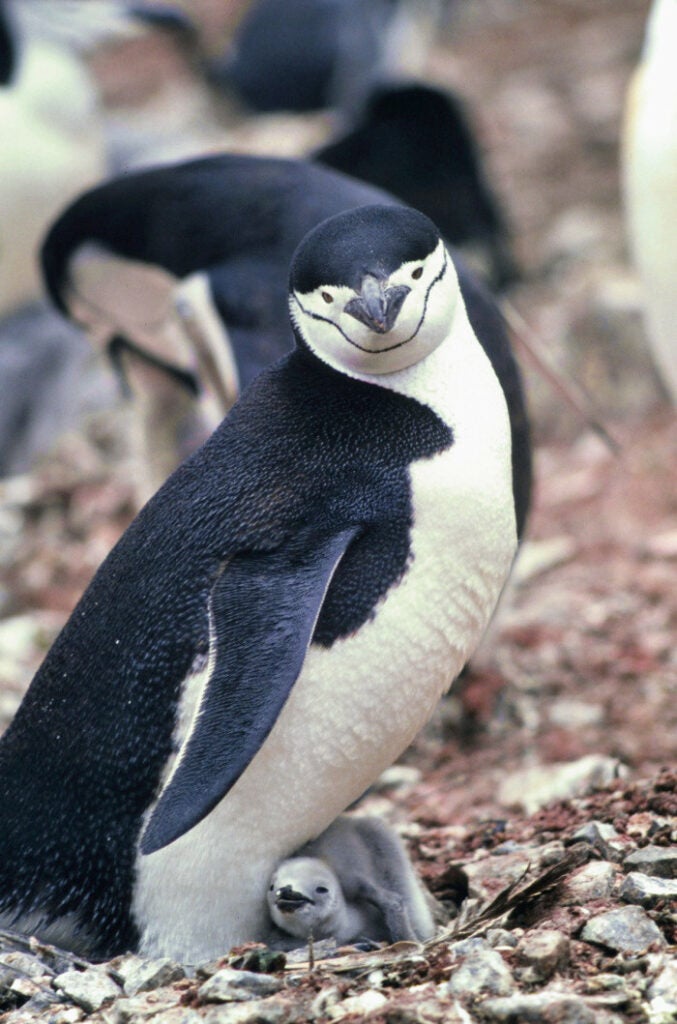 Humboldt, king, gentoo and Adélie penguins have been observed mounting same-sex partners (to climax) and participating in other same-sex sexual behaviors. Some male Humboldt penguins maintain lifelong homosexual pair bonds, never mating with a female. In 2004, Roy and Silo, two 18-year-old chinstrap penguins at Manhattan’s Central Park Zoo, drew headlines for their same-sex relationship. Although the two didn’t copulate, the New York Times reported that they shared “mating rituals like entwining their necks and vocalizing to one another,” in a pair bond that began in 1998. The duo took no notice of females in the enclosure, building a nest together and hatching an extra egg from a heterosexual penguin pair after an unsuccessful attempt to incubate a rock. Tango, their adopted chick, went on to find her own same-sex partner, Tazuni. Roy and Silo eventually divorced (a term used by biologists to describe broken pair bonds), but similar male penguin pairs attempting to incubate chicks have also been reported at zoos in San Francisco, Germany and China. 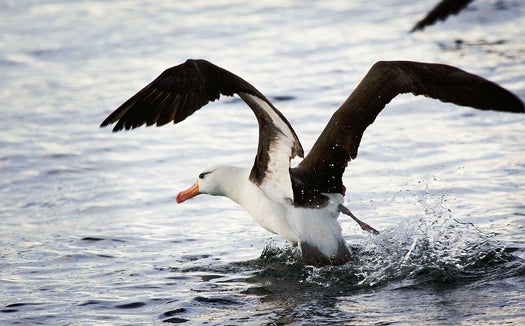 Penguins aren’t the only birds that display same-sex sexual behaviors. Far from it. Geese, swans, ducks, sandpipers, gulls, swallows, finches, crows, woodpeckers, flamingos…the list of birds goes on and on. A 2008 study of the Laysan albatross in Hawaii found that 31 percent of pairs were comprised of females. The birds courted each other, copulated, and raised chicks (from male sperm donors) together. In the albatross colony, females outnumbered males, and the researchers speculated that same-sex pairing benefited the population in part by removing excess females that otherwise could have stolen males from their mates and chicks. And although the female pairs had fewer chicks than heterosexual pairs, they fared better than single females. 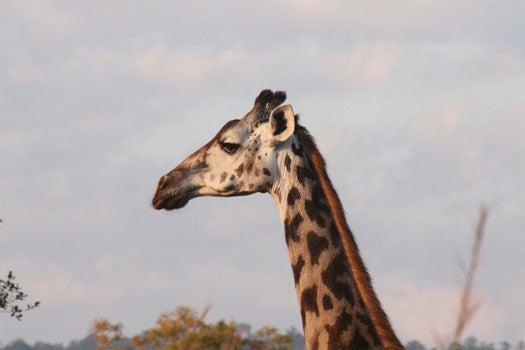 Many land mammals, including deer, antelopes, bison, and elephants, participate in some sort of same-sex play, and it’s especially common in male giraffes. Young adult males of this species practice “necking,” where they gently rub their necks on each other’s bodies for extended periods of time, meanwhile ignoring females. Necking usually leads to erections, and within fifteen minutes or so, one male may been seen with his neck frozen and stretched forward in what appears to be intense pleasure. Mounting and ejaculation often follows necking. As males age, same-sex sexual behaviors give way to heterosexual encounters. Among young American bison bulls, same-sex anal mounting is far more common than heterosexual sex, and can last twice as long. 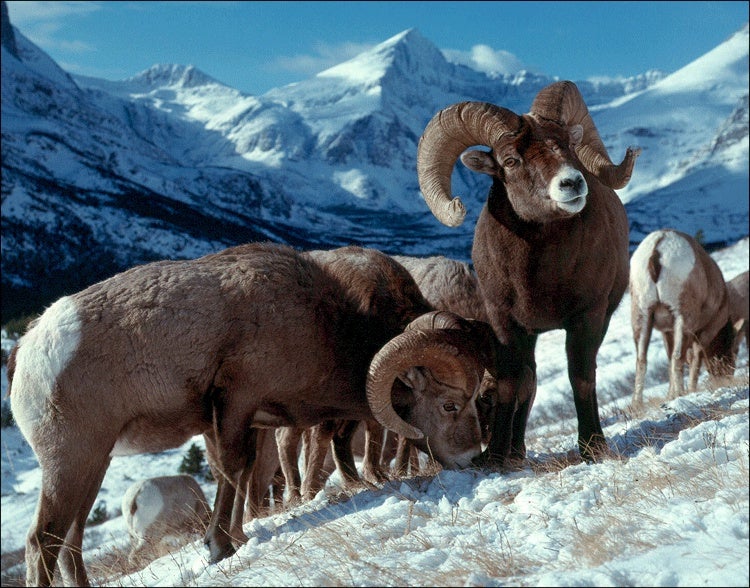 Scientists first documented same-sex sexual behavior in Rocky Mountain bighorn sheep in 1974. Both bighorn and thinhorn males frequently mount other rams during the rut, and the latter achieves full anal penetration and probably orgasm. In fact, females must “mimic” males to mate with them, Bruce Begemihl writes in Biological Exuberance. Around 8 percent of domesticated rams mate only with other males, according to a recent review of studies by researchers at Oregon Health & Science University, and today domesticated sheep are the only mammals other than humans known to exhibit exclusive same-sex preferences. (They’re among the only animals one might get away with calling gay, a term that scientists understandably avoid when discussing non-human animals. The review authors referred to the rams as “male-oriented.”) The domesticated rams are providing a mammalian model to study the paradox of same-sex partner preference. “The challenge for future research will be to construct an integrated picture of how hormones, genes, and experience shape sexual partner preference,” the study authors wrote.
Animals
homosexuality
reproduction
Science
sex