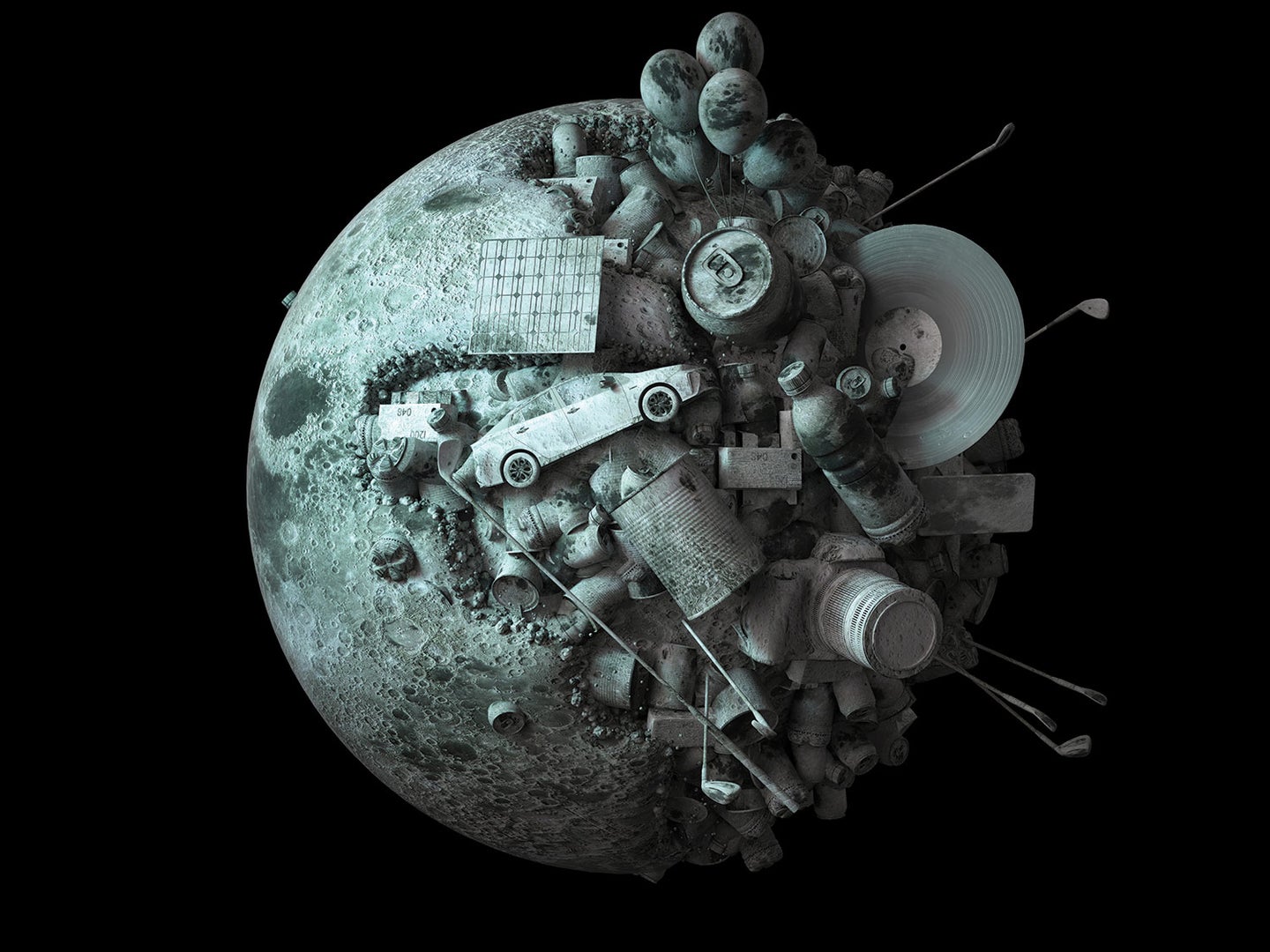 Earth’s companion is a hot commodity. Teams from China, Israel, India, and NASA all want fresh slices of moon cheese—as do private companies such as Cape ­Canaveral’s Moon Express. Some of this off-world transit hype is about bragging rights, and some is purely for research. But this global flotilla is also nudging us closer to when we’ll mine the moon. Lunar regolith might bake into bricks, reap precious metals, or refine into fuel and solar panels. Here’s what’s up there that could be useful.

We have plenty of silicon on Earth, but that doesn’t mean it won’t be useful in space. Future lunar settlers could mine and refine it into semi-conductors to create solar panels that could power their outposts. The stuff makes up 20 percent of moon dirt.

Fresh deposits of ­­rare-​­earth elements—17 highly conductive metals used in tech like hybrid car batteries and phones—are scarce on Earth. In spots rich in potassium and phosphorus, the moon could host REE mines on par with the best ones we have at home.

Abundant in the mare basalts (the dark spots of the “man in the moon”), strong and light titanium forms up to 8 percent of moon dirt. It hangs out mainly in the mineral ilmenite, which also contains iron and oxy­gen, so refining it might unlock other goodies.

The lunar highlands—the whiter areas, in contrast to the mare—​are filled with ­aluminum, another lightweight and sturdy material used in buildings, aircraft, and medical devices. The metal makes up about 10 to 18 percent of regolith in these pale spots.

If all the shadowed divots at the moon’s poles have as much ice as the Cabeus Crater in the south, settlers could tap some 2.9 billion metric tons of water for drinking and farming. If they split it into hydrogen and oxygen, it could also be fuel for Mars-bound rockets.

We don’t know how many ­platinum-​­group elements the moon holds, but a new crop of landers may find them. The metals are excellent conductors and also nonreactive, which makes them ideal for electronics and implants such as pacemakers.

Future safe nuclear reactions might rely on a helium variant (­helium‑3). Though scant in regolith (up to 20 parts per billion), there’s still a lot more in spots like the Sea of Tranquility than on Earth: Our atmosphere blocks it from reaching us on the solar wind.