Scientists found a fleeting particle from the universe’s first moments

To detect an X particle, make some quark-gluon plasma. 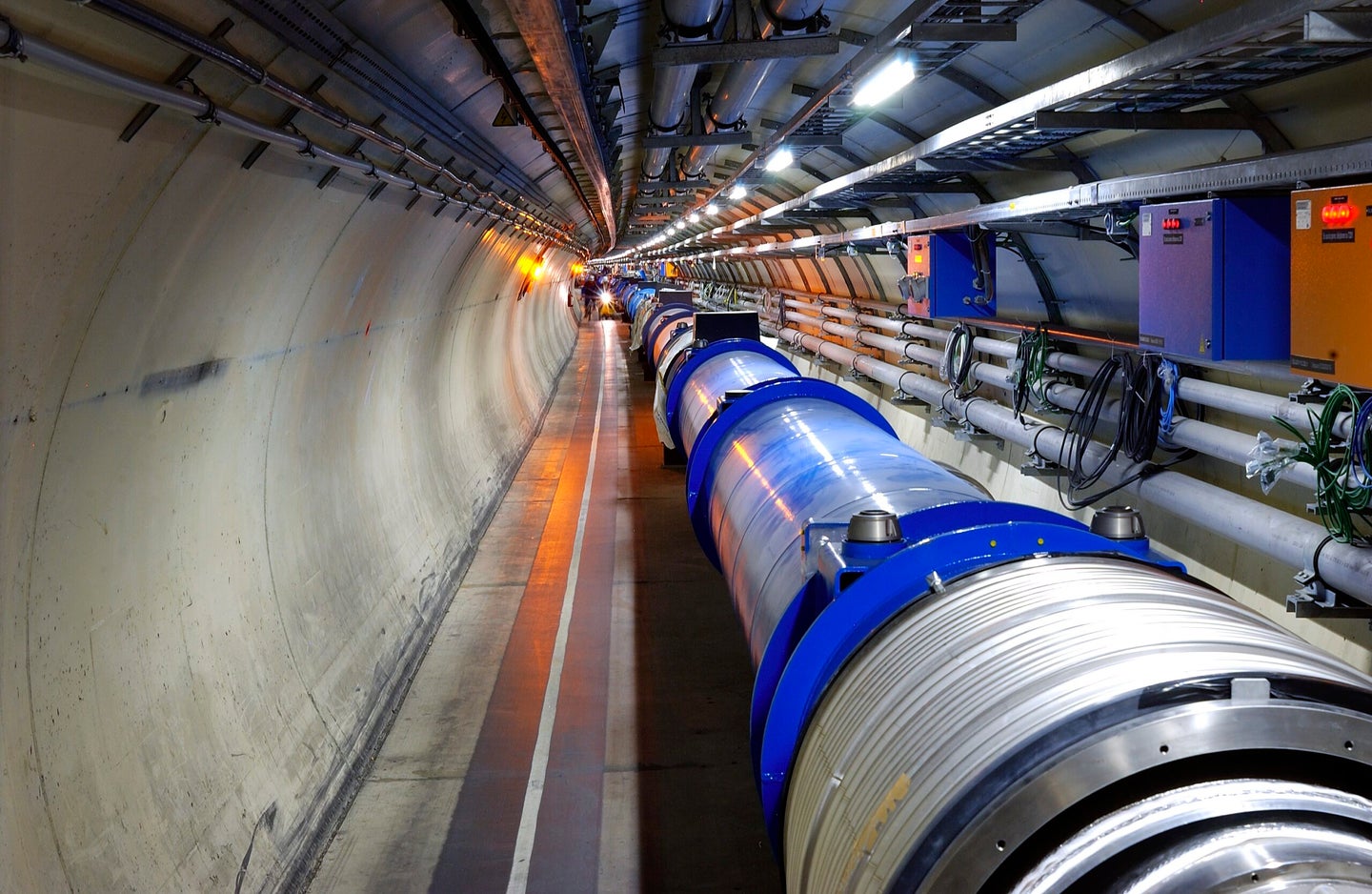 As atoms and subatomic particles swirl and crash into each other within the magnetic whorl of CERN’s Large Hadron Collider (LHC), the detectors watching their collisions and the high-energy debris they produce turn what they’re seeing into data—a lot of data.

The vast majority of that data is fluff that CERN automatically filters out. But each year that LHC runs, CERN estimates, produces 90 petabytes of saved data—enough to fill up 90,000 typical 1-terabyte hard drives. CERN, in the fashion of a 1960s space opera, stores much of it on giant banks of magnetic tape in a glossy room near the French-Swiss border. It’s too much data for any human to easily sift through.

It’s perhaps unsurprising that hidden gems lie buried deep within these storage banks, waiting to be found. Particle physicists have uncovered one such gem: a strange particle with a strange name, X(3872). If they’re right, it could be a look back into the very earliest flickers of time—what the universe looked like in the first millionth of a second after the Big Bang. They published their findings in the journal Physical Review Letters on January 19.

They’ve only scratched the surface of what this particle looks like. “Theoretical predictions from different groups did not agree with each other,” says Yen-Jie Lee, a particle physicist at MIT, and one of the researchers.

X(3872) sounds like the name of a cryptid, and its previous sightings have been fleeting indeed. The first one came in 2003, when scientists at the Belle experiment, a particle accelerator in Tsukuba, Japan, north of Tokyo, glimpsed X(3872) as they were smashing electrons together. Unfortunately, X(3872) decayed and vanished too quickly for scientists to learn much.

[Related: Physicists close in on the exceedingly short life of the Higgs boson]

Instead, scientists thought they could find X(3872) in something called quark-gluon plasma. The nuclei of atoms contain clumps of protons and neutrons, but those tiny particles are actually fashioned from even tinier particles called quarks. To make larger particles, quarks are bound together by gluons, particles that are tinier yet, acting as agents of the small nuclear force.

At extremely, extremely high temperatures—trillions of degrees—protons and neutrons and other particles like them break apart and dissolve into a high-energy slurry of quarks and gluons. That’s quark-gluon plasma.

Only in the 21st century have physicists been able to create it. One method that’s been shown to work is heavy-ion collision: smashing atomic nuclei together at very high speeds. Fortunately, experiments at LHC had been smashing heavy lead atoms together, leaving behind data trails in quark-gluon plasma for researchers to comb through.

But that’s not so simple. “Nobody has tried to detect X(3872) in heavy-ion collisions before, because it is a very difficult task,” says Lee.

Finding X(3872) in all that—lost in the rainforest of LHC data—is like trying to find a needle in a meadow. Wang and her colleagues devised a method that relied on machine learning: They trained an algorithm to find X(3872)’s signature, its fingerprints, as it decayed into other particles. After some fine-tuning, the algorithm found a particle with X(3872)’s mass no fewer than a hundred times.

The results tell us more about an artifact from the very earliest ticks of history. Quark-gluon plasma filled the universe in the first millionths of a second of its life, before what we recognize as matter—molecules, atoms, or even protons or neutrons—had formed.

Lee says that, in the future, the quarks and gluons in the plasma could be used to break the particle apart and see what lies inside.

Some physicists believe that X(3872) could be a particle with four quarks: a tetraquark. The subatomic particles that we’re familiar with—the typical protons and neutrons—are made up of three quarks; tetraquark particles are weird, and usually need high energies to stay together. In the past decade, physicists have seen other examples of tetraquarks in their particle accelerators.

Another possibility is that X(3872) is actually built from mesons. These are another type of subatomic particle made from two particles: one quark and one antiquark, the quark’s antimatter doppelganger. Mesons can sometimes appear fleetingly on Earth, when high-energy cosmic rays collide with typical matter. But nobody has ever seen a larger particle made up of multiple mesons.

This is exciting, says Lee, because if X(3872) is created from mesons, then it’s a sign that the universe was resplendent with such “exotic” particles.

But to learn, they’ll need to wait for even more data. LHC is currently three years into its second extended maintenance and upgrade period—called, fittingly enough, Long Shutdown 2—and its restart date has been pushed back repeatedly, thanks to COVID. (It may be as soon as next month.) After that, there will be more collisions, more quark-gluon plasma, more data to sift.

“It is going to be exciting to follow up this line of study with a much larger amount of data,” says Lee.