If the Tevatron was a metal detector sweeping across a proverbial beach, the beeps of discovery would have been coming... 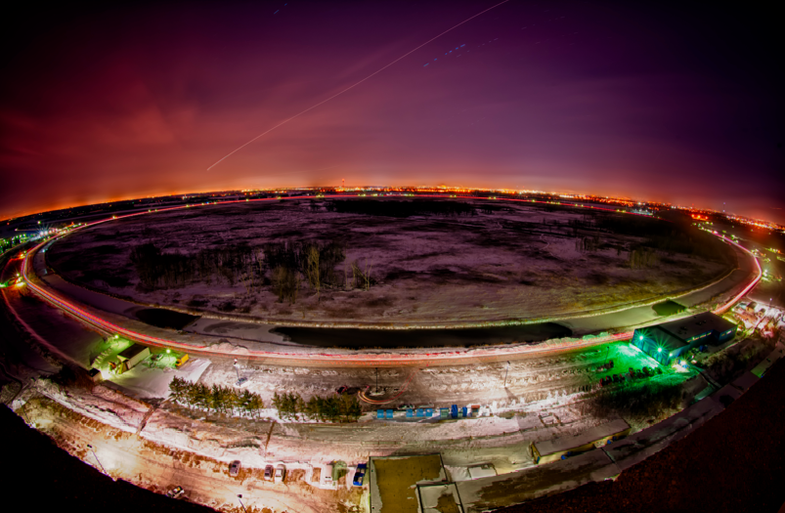 If the Tevatron was a metal detector sweeping across a proverbial beach, the beeps of discovery would have been coming in very close succession at the end of its life. It was, we have learned, extremely close to finding the treasured Higgs boson … and then, last September, it shut down. Only another, more powerful detector, owned by someone else, will finally be able to grab it.

This is the situation facing the scientists of Fermilab today, who announced their final Higgs search results from the storied Tevatron particle collider. For a while now, scientists working with the CDF and DZero experiments have been fairly sure they’ve not seen the Higgs boson, ruling out mass-energy ranges where it cannot exist. But this is the first time they think they’ve seen something.

The Higgs boson, named for Scottish physicist Peter Higgs, is the last great puzzle piece in the prevailing theory of physics. It’s thought to somehow endow all other particles with mass, which is why it’s sometimes nicknamed the “God particle.” It has to exist for the so-called Standard Model of particles and forces to hold up, and it’s been the Holy Grail of modern science for decades.

Newly crunched evidence suggests the Tevatron may have seen this putative particle several times in its life, when considering all 500 trillion collisions for each of its experiments since March of 2001. The observed Higgs signs have a statistical significance of 2.9 sigma, according to Fermilab. This means there is only a 1-in-550 chance that the signal is due to a statistical fluctuation. This means it really might be the Higgs.

Only the Large Hadron Collider will be able to verify this — and even then, only somewhat. The two colliders smash together different kinds of particles and at different energies, which yields slightly different results. The Tevatron collided protons and antiprotons, and the LHC collides protons with protons. According to the Standard Model, particles decay into their constituent parts, and the Higgs boson can decay in several ways, depending on what’s smashed. Fermilab’s Kurt Riesselmann compared it to a vending machine returning the same amount of change, but with different combinations of coins.

At the Tevatron, experiments see the Higgs particle decaying into a pair of bottom quarks (a bottom and an anti-bottom, to be specific). At the LHC, however, the Higgs would show up as a pair of highly energetic photons. Eventually, the LHC will be able to verify the particle in all potential channels, when it reaches its peak energy output likely next year. But for now, in this particular niche of decay, the Tevatron seems to have the edge.

This announcement, and a paper describing the results, comes two days before a much-anticipated briefing at CERN describing the latest LHC results. That conference is widely expected to bring news of a Higgs result — perhaps a further narrowing of the search parameters, like what Tevatron scientists announced today, or maybe even a real, 5-sigma, 100-percent sure-thing discovery. Stay tuned. 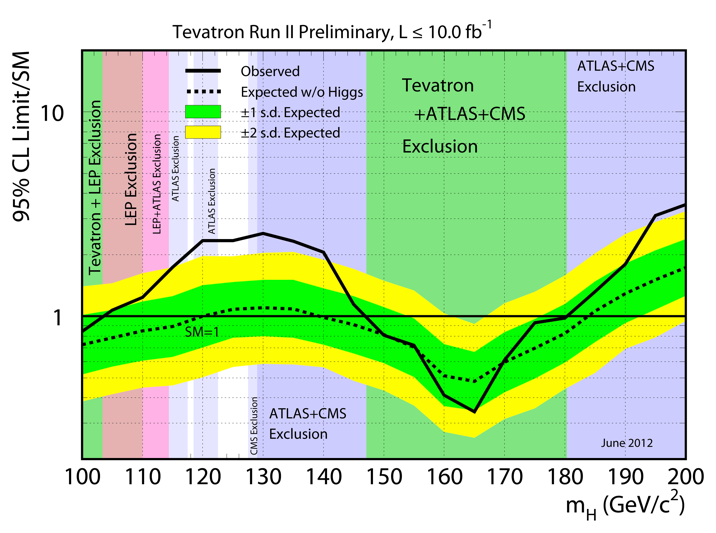 What the Tevatron Found

Analyzing more than 10 years of data produced by the Tevatron collider, scientists from the CDF and DZero experiments have found their strongest indication to date for the long-sought Higgs particle. The Tevatron results indicate that the Higgs particle, if it exists, has a mass between 115 and 135 GeV/c2, or about 130 times the mass of the proton.
Higgs boson
large hadron collider
particle colliders
particle physics
physics