Smartphone camera flashes are terrible because they don’t really flash

A real flash on a smartphone camera is possible, but unlikely. 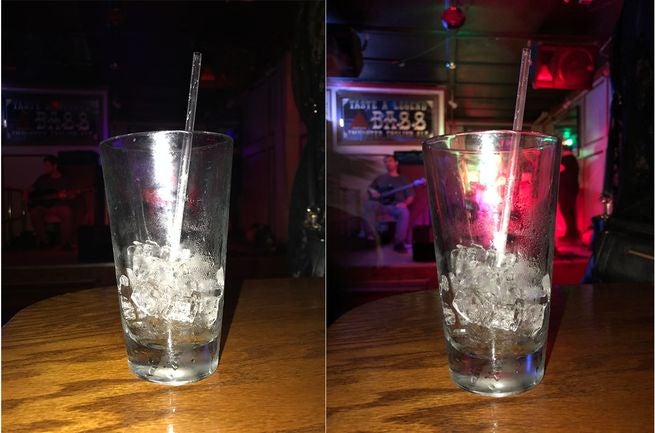 Smartphone camera flashes have a bad reputation—and it’s well-earned. No matter how hard companies try to bolster their on-camera illumination, the results come out smeary, oddly-colored, and often kinda blurry. Why are these smartphone flashes so bad? Well, mainly because they don’t really flash.

Typical smartphone flashes use LED bulbs. They are relatively bright—at least when there’s one shining directly into your eyes during a picture—power efficient, and incredibly small. That makes them fit nicely into the cramped spaces inside a mobile device.

Typical camera flashes, however, often use a hermetically sealed tube full of xenon, a noble gas, to create its illumination. It’s an extremely complex process, but it essentially requires a high-voltage capacitor to discharge into ionized gas that quickly transitions to its plasma state and back again.

The light that comes from a traditional flash tube typically only lasts for a very small portion of a second. Some high-end studio lights like the Profit B2, for instance, have flash durations as short as 1/63,000th of a second. Even the flash from a compact camera is still shorter than 1/1000th of a second. Those super-short bursts of light do a good job freezing your in the frame and preventing blur from motion or your hand shaking while you take the photo.

The LED light on your smartphone, however, simply turns on and off at a long interval, which leaves plenty of time for your subject—or the phone itself—to move while you’re taking a picture and introduce ugly blur.

At this point, however, just about every major smartphone camera is doing some multi-exposure magic every time you take a picture in order to improve the image quality. The current iPhones and Google Pixel phones, for instance, take several photos every time you push the shutter and then combine that data to make a single finished image. Even if a xenon flash could strobe quick enough to expose every frame, it would generate excess heat and consume considerably more power than simply turning on a constant LED source, meaning that’s not a good solution for mobile phones.

Smartphone cameras like the iPhone have gone to great lengths to try and mitigate the naturally unnatural blue tinge that comes from a typical LED. It’s better than it was thanks to technology like Apple’s TrueTone, which mixes warm and cool colored lighting to try and match the ambient light in your environment, but it still typically falls short.

The reason for those sometimes sickly smartphone flash colors is due, at least in part, to the LED’s lack of power (relatively speaking). Even a smaller xenon flash typically puts out enough light to illuminate a subject all on its own. That allows the camera to manipulate the exposure in such a way that it doesn’t capture much of the ambient light from your surroundings. So, the light on your subject comes solely—or at least primarily—from the flash, which puts out light our eyes and brains consider white.

While some content producers have opted for external lighting accessories like small, color-corrected LED light panels, or circular ring-lights that some video bloggers prefer because they evenly light every aspect of your face during a selfie.

But, just this week, a Kickstarter popped up for an off-camera xenon flash called Lit that promises to sync wirelessly with a smartphone camera. The idea mimics the radio-powered wireless systems many professionals use; the lights fire every time you push the shutter button.

While the $329 accessory has had success on the crowdfunding platform, there are some questions about how effective it will be. For one, it uses Bluetooth instead of 2.4 GHz wireless connection like typical wireless flash triggers. That means latency could be an issue. Also, the flashes will likely require a specific camera app that eschews the multi-shot HDR default now found in most smartphone shooters.

Even if it works well, the price tag is fairly steep, especially if you want to use several of them to create a real lighting solution (the app can sync up to four at a time).

Just turn it off

It’s possible we’ll see more photography-oriented smartphones sporting real flashes in the future, but historically, those have been specialty—and even novelty—models like Motorola’s Moto Mods unit which attached to the modular phone base. It was a great idea, but it was lacking in terms of real world performance when it comes to speed and reliability.

For now, your best bet with a smartphone camera flash is to keep it turned off in most situations. The multi-shot HDR functions have gotten a lot better in current generation smartphones, especially Google’s Pixel phones, which have an impressive low-light feature called Night Sight.