The LHC Might Have Created The Smallest Drop Of Liquid Ever

A tiny drop could have big implications for our understanding of particle collisions. 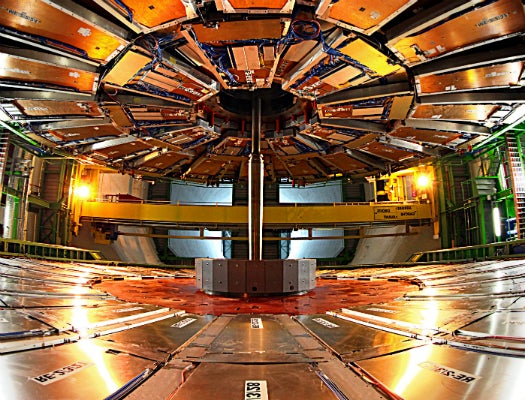 Over the past few months, the Large Hadron Collider has been ramming protons and lead ions together in the Compact Muon Solenoid (CMS), one of its particle detectors. After each collision, some of the newly produced particles zoom away together like a school of fish, in a scientific puzzle called the “ridge effect,” rather than bouncing off in all directions.

When heavy ions like lead collide with each other, the ensuing particles are borne off by a drop of plasma, but it’s unclear if that’s what’s happening when lead ions collide with lighter protons. The results from LHC’s tests, submitted to Physics Letters B last week, suggest that it’s the same effect. If accurate, the teensy drop of plasma formed would be the smallest drop of lab-formed liquid ever.

The collision of two heavy ion nuclei creates a hot, dense meld of quark–gluon plasma, a “primordial soup” that may have existed just after the Big Bang. 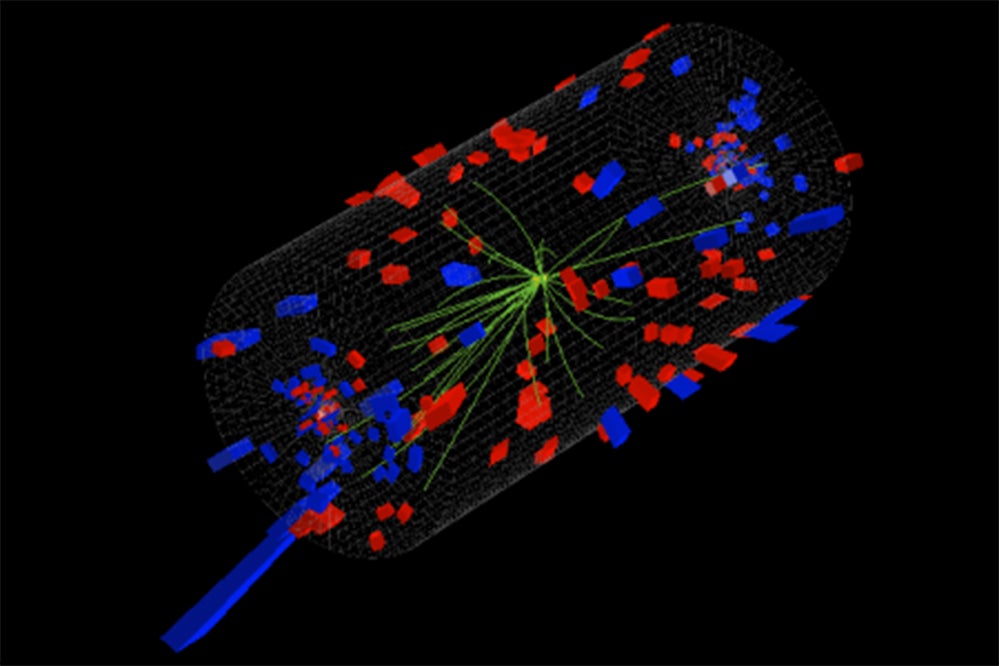 This visualization from the CMS collaboration depicts a proton colliding with a lead nucleus, sending a shower of particles through the detector.

Symmetry has a good explanation for how the phenomenon, called collective flow, might work:

Scientists think a drop of hot plasma spurts away from the high-pressure epicenter of collision to lower-pressure areas, and newly created particles are flushed out horizontally around the line of the incoming beam. The fluid cools as it expands, but the droplet remains liquid long enough to sweep particles before it like debris on wave.

Collective flow of particles causes the ridge effect in collisions of larger nuclei, like lead and gold. CMS researchers ran a short (four hour) test of proton-lead collisions in September, and were surprised to find evidence that collective flow might exist there, too. A longer test began in January 2013 and continued for several weeks.

Previously, protons were thought to be much too small to support quark-gluon plasma, but this study provides more evidence for collective flow in proton-lead collisions, with correlations in the movements of both pairs of particles and groups of four.