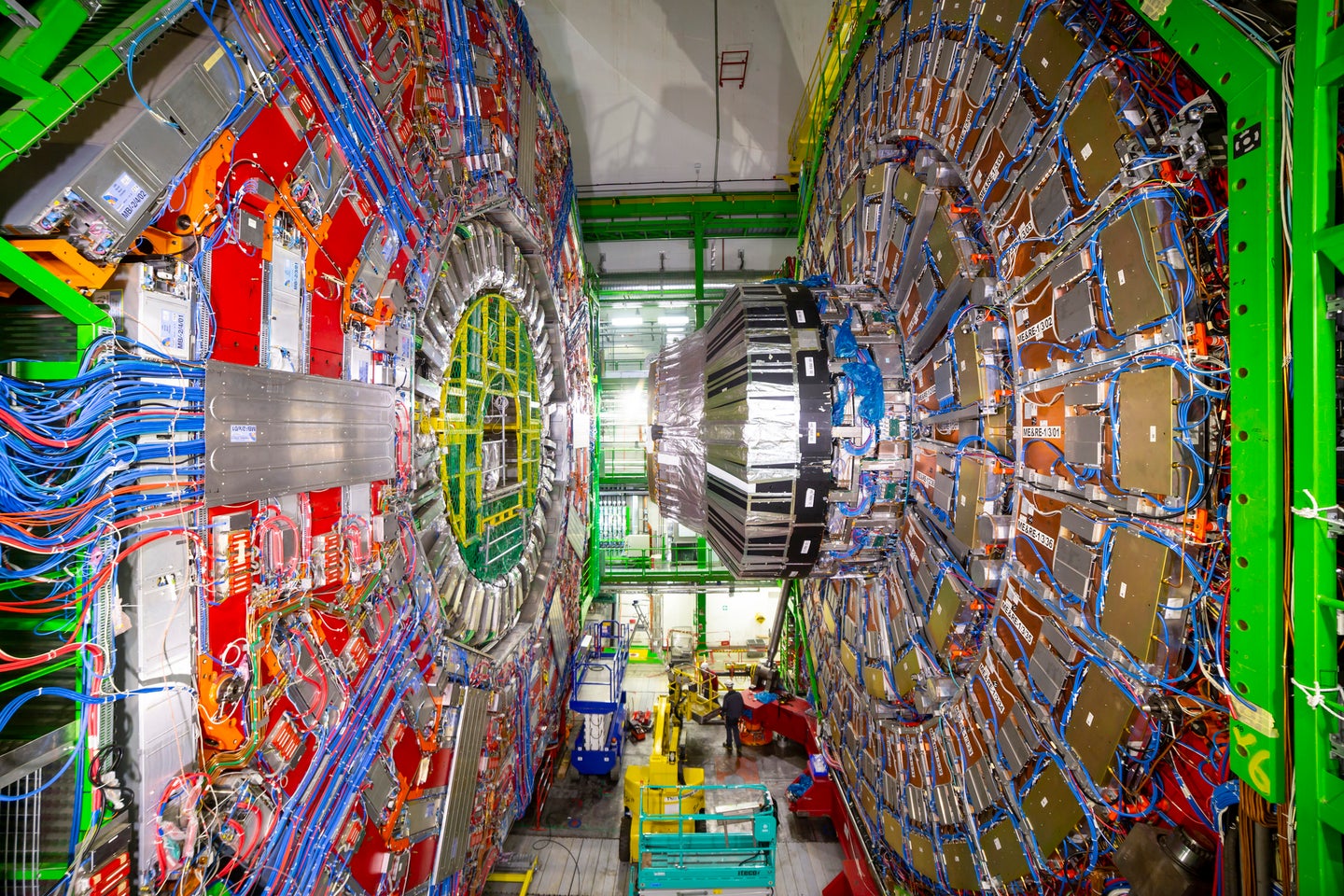 The LHC will smash particles together with more energy than ever. Deposit Photos
SHARE

After three years of upgrades and maintenance, the world’s largest and most powerful particle accelerator, the Large Hadron Collider (LHC) has fired up for a third run. On Tuesday at 10:47 a.m. EDT, the atom smasher shot beams of protons through a 16.7-mile ring of superconducting magnets in Switzerland. New upgrades will allow the LHC to achieve an increased collision energy of 13.6 trillion electron volts (previous runs were at 8 trillion and 13 trillion electron volts). Physicists project the machine will run for almost four years at this intensity—opening up new insights into the field of particle physics.

“This is a significant increase, paving the way for new discoveries,” said Mike Lamont, director for Accelerators and Technology at the European Organization for Nuclear Research (CERN), in a press release.

One goal of the new LHC era is to better understand the structure of the Higgs boson, a subatomic particle the collider uncovered a decade ago. The Higgs boson particle, which scientists theorize gives other particles such as electrons and quarks their mass, was created 10 to 12 seconds after the big bang that created the universe billions of years ago.

[Related: The souped-up Large Hadron Collider is back to take on its weightiest questions yet]

Scientists at CERN, which runs the LHC, plan to measure how the Higgs boson decays into other matter, such as muons. “This would be an entirely new result in the Higgs boson saga, confirming for the first time that second-generation particles also get mass through the Higgs mechanism,” said CERN theorist Michelangelo Mangano, in a press release.

LHC’s upgrades will also more precisely measure other fundamental features in the universe, such as the origin of matter-antimatter asymmetry (the unsolved mystery of why more matter than antimatter exists). Other areas of interest include searching for dark matter and studying matter under extreme temperatures and density.

To hunt for these rare atomic bits, the LHC contains multiple accelerating structures to augment the energy of its particle beams. The machine uses thousands of magnets that help push the particles closer together, increasing the chance of a collision. Those beams travel almost at the speed of light before they smash together, allowing scientists to study the insides of atoms.

Through particle collisions, physicists have learned a great deal about the smallest known building blocks of matter. Also on Tuesday, CERN presented evidence of three new exotic particles, a pentaquark and two tetraquarks. The discovery could help inform physicists how quarks—pairs of subatomic particles that carry a fractional electrical charge—form. When combined, quarks are believed to create the protons and neutrons, together known as hadrons, in an atomic nucleus.

It may also help explain the creation of exotic hadrons, which are particles composed of more than three quarks. “Finding new kinds of tetraquarks and pentaquarks and measuring their properties will help theorists develop a unified model of exotic hadrons, the exact nature of which is largely unknown,” said Chris Parkes, a spokesperson for the experiment responsible for the discovery, in a separate CERN press release. With the LHC running, scientists may be one step closer to unraveling the secrets of the universe.