Sorry, even Mariah Carey can’t twist bottle caps off with her voice

We do not yet have a verdict on whether she can open garage doors. 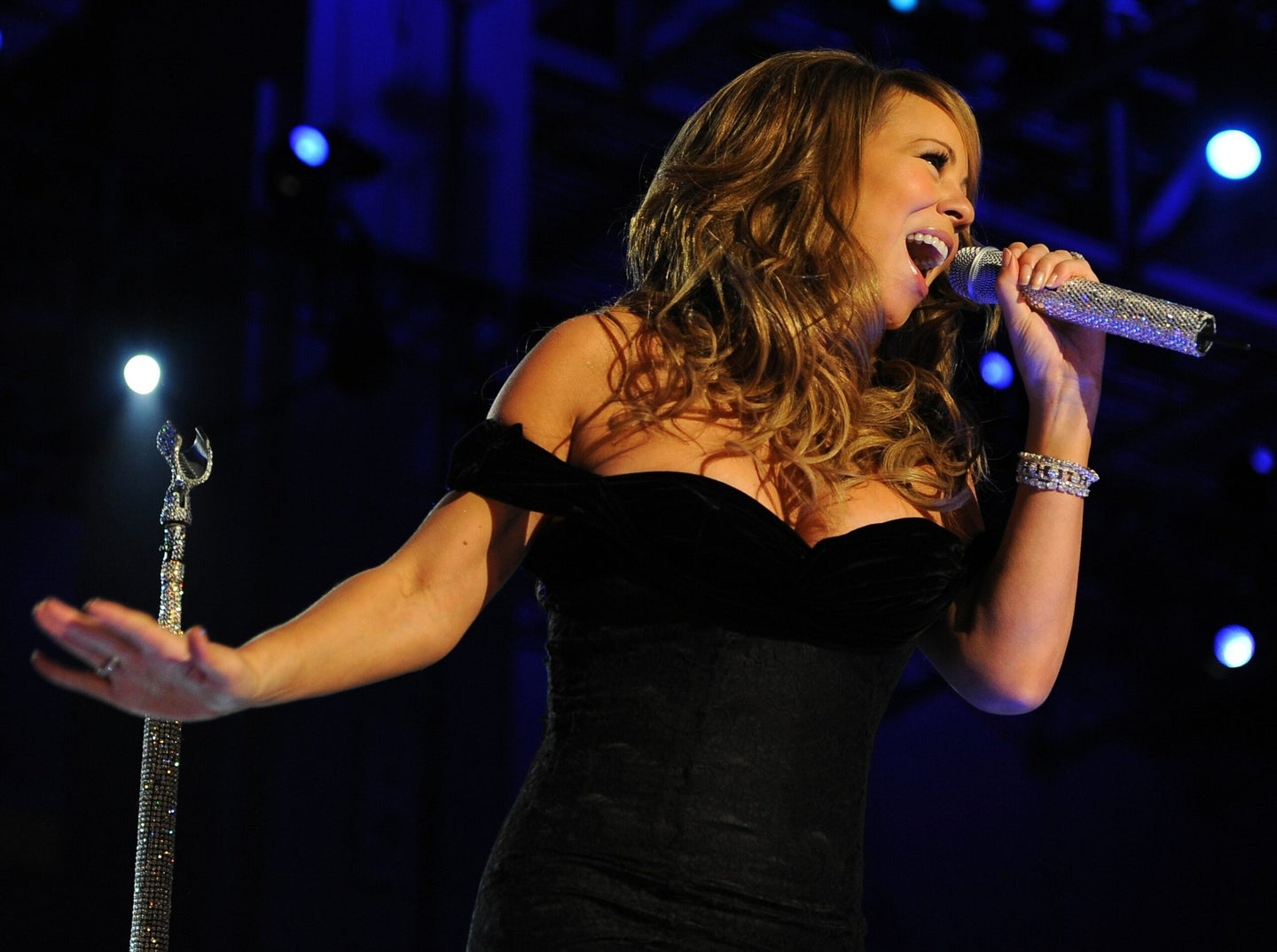 Real fans know that Mariah Carey’s voice defies the laws of nature. The diva has one of the widest vocal ranges in recording history—five octaves from F2 to G7—and regularly whips out her piercing “whistle register,” the highest note a human voice can hit.

But no one thought she could do this:

In a recent viral video, Carey filmed her attempt at the “bottle cap challenge,” which began with people recording themselves kicking caps off bottles without knocking the whole thing over. Carey put her own sonic spin on the competition: In the video, she seems to shake the cap loose with her whistle register alone. It’s an incredible sight (and sound), but it’s also not real, according to acoustic experts.

Trevor Cox, professor of acoustic engineering at the University of Sheffield wrote, “I suspect it is a hoax.”

Elizabeth Saunders, president-elect of the New York Singing Teachers Association, added, “The sound of a human voice cannot accomplish this.”

In an email, Joe Wolfe, a physicist in the Music Acoustics department at the University of New South Wale, said what we were all thinking: “I don’t know what is happening here. You might want to consult an illusionist.”

Voices can do plenty of meme-worthy things, Cox explained over the phone, including break glass. It all comes down to a phenomenon called resonant frequency, which is the rate at which an object vibrates when it’s disturbed by an oscillating force, whether it’s wind, sound, or some other wave of pressure. If you mimic and amplify this precise pitch, you can cause the object to vibrate so hard it splits apart.

Strange as it may seem, Cox says the resonant frequency of your typical glass is actually far lower than Carey’s high note: It’s actually the pitch at which a glass rings when you clink it, just turned up a few dozen decibels in intensity. (The same is true of the sound when you blow across the open neck of a beer bottle.)

Even if Carey had hit the resonant frequency of this particular bottle, Cox says the cap would never “spin out that dramatically or quickly.” The most popular videos of people breaking glasses with their voice can be oddly underwhelming, given you can’t really see the vibrations, and the sound itself is so low.

This isn’t the first time Mariah Carey’s voice has made us question everything we believe to be true. In the early 2000s, Carey publicly shared a story about meeting a fan who reportedly opened and closed her garage door by playing the high notes off Carey’s CD. The veracity of this tale has never been confirmed. We don’t even know which song it was (“Bliss“? “Emotions“?). And it all happened pre-social media, so the anecdote didn’t spawn a legion of replicators and a hashtag garage door challenge to help uncover the truth.

But one thing’s for sure: If anyone’s voice can do it, it’s certainly Mariah’s.