The great horn debacle of 2019 wasn't the first uproar over technology and posture. 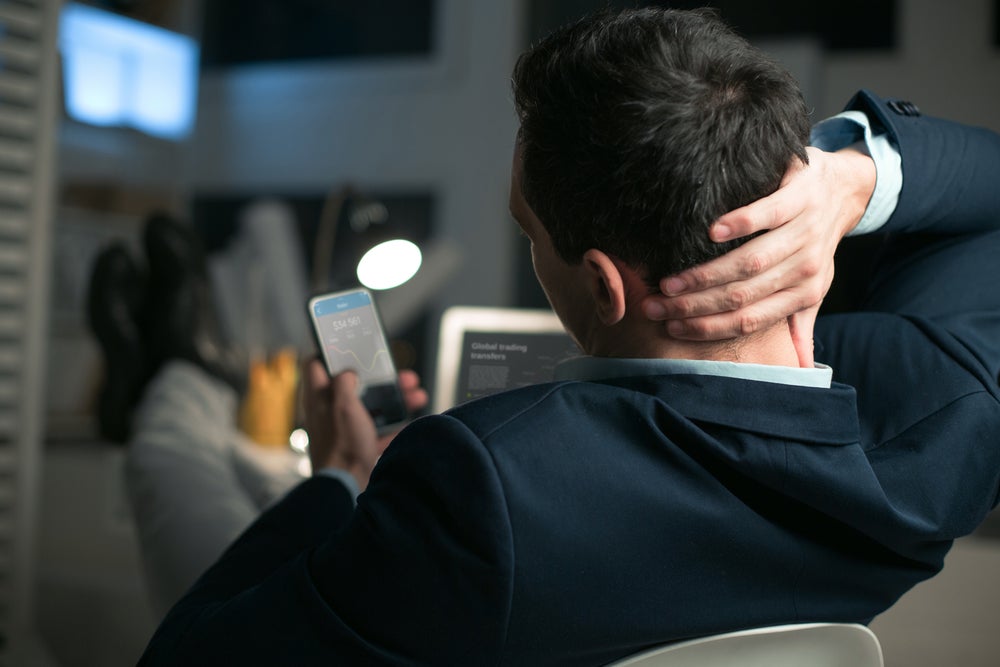 Not good. Professional calm real estate agent touching his back of the head while turning away from camera and using phone.
SHARE

For a brief moment last week, everyone with a WiFi password thought they were seconds away from sprouting devil horns. The inciting headline? “‘Horns’ are growing on young people’s skulls. Phone use is to blame, research suggests.”

While the story has all the uncanny ingredients of an Alex Jones-style conspiracy theory, it actually came from the Washington Post. Drawing on some questionable research, the article linked cellphone use to a supposed uptick in young people developing bone spurs at the back of their necks. Leaning forward to gaze at screens was apparently reshaping an entire generation—literally.

But the devil is in the details. As scientists and science journalists quickly pointed out on Twitter, the research papers were limited by small sample sizes, the use of older adults as research participants, and, in some cases, the complete absence of key words like “phone.”. Bone spurs on your skull are hardly horn-like, and if they have anything to do with texting, this research certainly didn’t prove it.

The great horn debacle of 2019 is just the latest addition to a sprawling list of hysterical reporting on posture, and the countless ways technology is supposedly reshaping our bodies for the worse. But Eric Robertson, a physical therapist and spokesperson for the American Physical Therapy Association, says your phone can do as much good as harm—and it probably isn’t doing much of either.

It’s true that phone use sometimes locks people into uncomfortable posture as they jut their heads forward to read texts or stare down at streaming videos. But the solution isn’t to forcibly push your head back all the time. That just puts stress on a different set of muscles. Instead, Robertson advises people to change their position as frequently as possible, so that every muscle group gets its chance to breathe. “There really isn’t a perfect way to hold your phone,” he says. “The best bet is not to hold the same posture for too long.”

You probably aren’t texting in a trance-like state for hours on end. But to ensure you really shake things up, Robertson suggests setting an alarm on your phone for every 15 or 20 minutes. At that point, everything from your neck to your lower back to your eyeballs could use a break. If setting alarm after alarm is tedious, you could try devices popular among people trying to combat a sedentary lifestyle more generally. For example, Apple Watches and FitBits can both be programmed to vibrate at set intervals as a reminder to get your steps in. Instead of exclusively serving as an anxiety-provoking time suck, your phone can be a tool for improving your health, Robertson says.

Still, posture has become a boogeyman in the popular culture—and that’s unlikely to go away anytime soon. “People, in general, over-assign posture as the source of their medical conditions,” Robertson told PopSci in 2018. Some doctors, for example, attribute a condition called trigger finger, where an appendage gets stuck in a bent position, to the way some patients balance their phones on their pinkies. But Robertson says researchers are increasingly cognizant of the way countless other factors contribute to postural issues, many of them invisible. When it comes to trigger fingers, bone spurs, or even carpal tunnel syndrome, we now realize that genetics, overall fitness, individual behavior between various positions, general strength, immune response, and even nutrition can play a role.

But of all the research cited in the Washington Post article, the paper that intrigued Robertson most was a 2018 study on a handful of subjects who had bone spurs but “none of them were symptomatic,” he says, meaning that while they had the “horns” everyone’s so worried about, they didn’t know or feel it. “That’s sort of the big takeaway with postural research or findings: It’s really poorly correlated with pain experience,” Robertson said. So you should worry more about doing things that keep your body feeling fully-functional and pain-free than about how you hold your phone (and self) while texting.

If you’re still worried about developing horns, the key is keeping your body in motion. And if you’re bummed to be missing out on the devilish protuberances, you can always order your own plastic pair on Amazon.