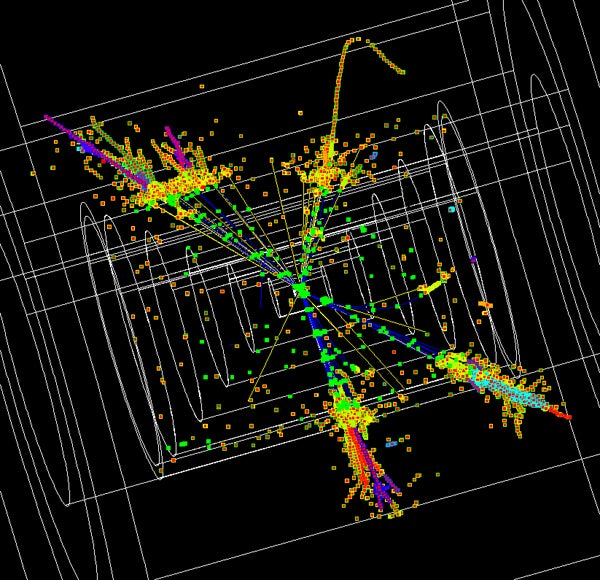 Those physicists — give ’em an inch, and they’ll take a mile. Or 20 miles. Groundbreaking science is just beginning to emerge from the Large Hadron Collider, but physicists are already planning their next atom-smasher — a $6.7 billion linear collider they hope to start building in 2012.

Physicists will meet in Paris this week for a conference on high-energy physics, and they’re expected to discuss plans for an old-school linear particle accelerator. The 20-mile-long International Linear Collider (ILC) would be more than 10 times longer than the next-biggest linear accelerator, the SLAC linear accelerator at Stanford, built in 1962.

The ILC would collide electrons with positrons. In terms of particle energies, it would be less powerful than the LHC and the Tevatron at Fermilab, but it would allow for more accurate measurements. The whole point is to validate and refine the experiments at the LHC.

It all has to do with the way accelerators work.

Circular accelerators, like the LHC and Tevatron, can accelerate particles over longer distances by spinning them around a track. What’s more, particles that miss each other can keep flying around to produce more collisions; in a linear accelerator, they are lost.

The LHC uses hydrogen protons and speeds them up to essentially make them more massive. When two beams of protons smash into each other, the protons explode into their constituent parts, exposing quarks and other elementary particles. At the fastest speeds, scientists hope to see exotic particles like the Higgs boson, which is thought to endow other particles with mass.

But these collisions are messy, as the Independent reports. Brian Foster, the European director of the ILC project, compares it to smashing oranges together at 45 mph — orange bits and juice fly everywhere.

Although scientists know how much energy they’ve put into each proton, they don’t know how it is distributed among the proton parts. One quark could have most of it, or all three could have equal amounts, the Independent explains.

But electrons are much easier to measure. They’re about 200,000 times smaller than a proton, and they don’t have an internal structure. When they collide, scientists know exactly how much energy is released.

To use them in a circular collider, the electrons must be bent around a track, but this causes radiation, which is a loss of energy. A linear accelerator doesn’t have those problems.

The ILC would use 2-nanosecond laser light pulses to eject electrons from a photocathode. Then the electrons would be accelerated and smashed into their antimatter twins, positrons. The collisions would help scientists more accurately measure the types of particles they expect to find with the LHC.