A new study suggests seam height and batting technique could be to blame. 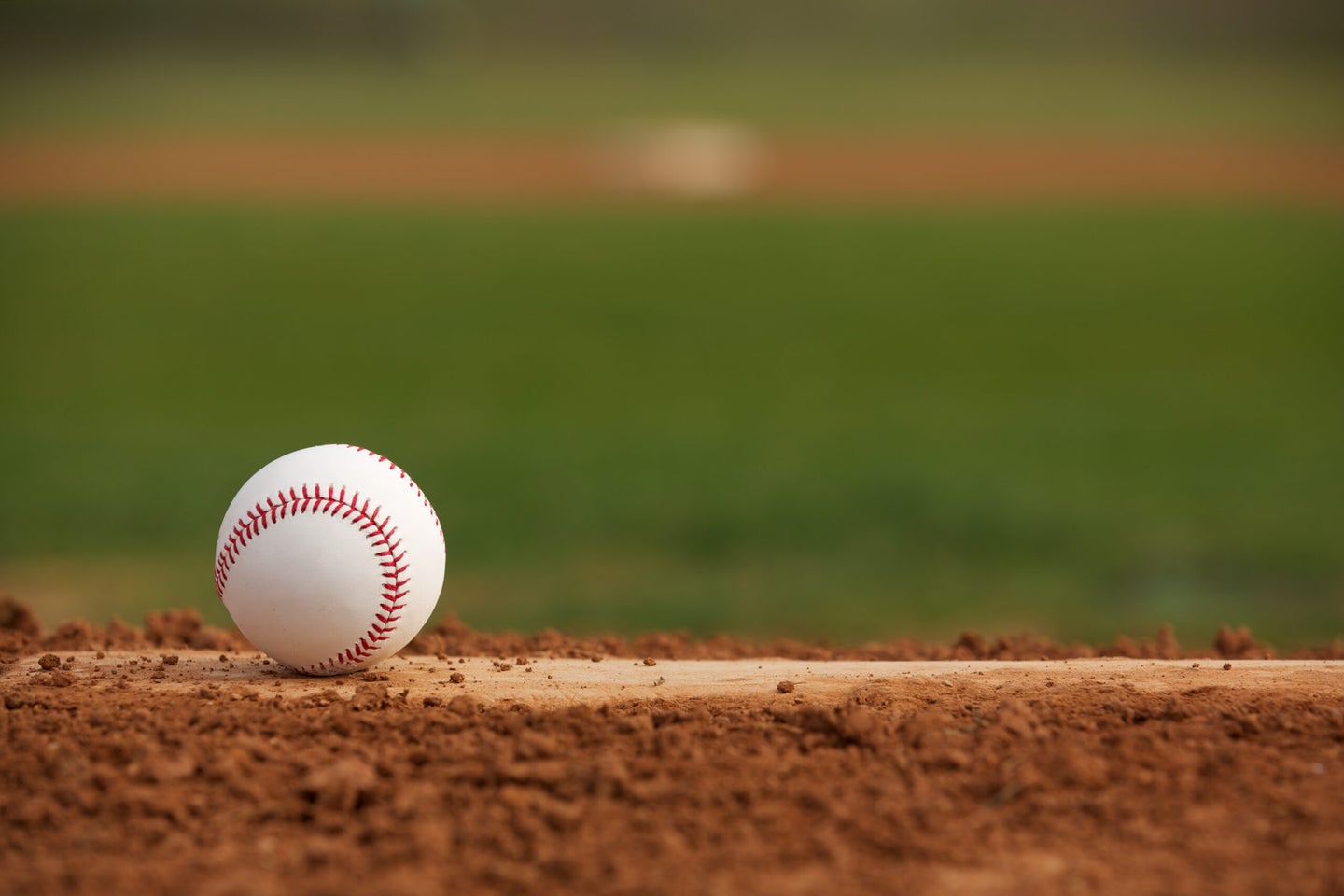 Pitchers like Justin Verlander are adamant that something about Major League baseballs has changed in recent years. David Lee
SHARE

“Major League Baseball’s turning this game into a joke.”

These harsh but not entirely surprising words came from veteran standout Houston Astros pitcher Justin Verlander during baseball’s annual All-Star Break this year, and they crystallized a certain frustration that plenty of Major League pitchers felt in 2019 about their most important weapon: the baseball. Verlander, and plenty of his peers, noticed an important difference in the ball this past season, and the result across the board was that opposing hitters were tagging them for home runs like never before.

“I don’t want to take anything away from anybody, but some of these homers that go out, you just shake your head,” said Yankees pitcher J.A. Happ early in the season. “A guy thinks he has a chance almost all of the time now when he gets the ball in the air.”

There’s still a lot of work to be done studying the phenomenon, but the fact that baseball players are smashing longballs at unprecedented rates is indisputable. Though home runs took a slight dip in 2018, over the past four years they’ve surged to dizzying new heights. 2019’s tally of 6,776 dingers smashed 2017’s previous record of 6,105 taters, and all of MLB’s top five most prolific home-run hitting teams come from the past two years.

For a lot of fans, this is thrilling, because there’s still nothing better than seeing a beefy batter crush a high fastball into the third deck. But for many others, a kind of dinger fatigue set in. And particularly in a league whose most famous home run records are scoffed at by a certain kind of traditionalist fan because sluggers like Barry Bonds, Mark McGuire, and Sammy Sosa were all connected to steroid use, these numbers raised eyebrows. Given the fact that MLB bought out Rawlings, the supplier of their baseball, in 2018, the allegation that the league was doing something to intentionally “juice” the balls became widespread. Verlander said it as clear as he could over the summer.

“They own the fucking company,” he told ESPN. “If any other $40 billion company bought out a $400 million company and the product changed dramatically, it’s not a guess as to what happened. We all know what happened. (Commissioner Rob) Manfred the first time he came in, what’d he say? He said we want more offense. All of a sudden he comes in, the balls are juiced? It’s not coincidence. We’re not idiots.”

If Verlander was looking for vindication in a report released earlier this month by an MLB committee studying home run rates, he didn’t find it. According to the report, “No evidence was found that changes in baseball performance were due to anything intentional on the part of Rawlings or MLB and were likely due to manufacturing variability.” But even if there are still plenty of unanswered questions, the report did discover a crucial difference between baseballs that had a low drag coefficient (and therefore traveled farther) and baseballs with a high drag coefficient.

“The whole point of [the experiments] was largely to find out what it is that drag depends on,” says committee chair Alan Nathan, a professor emeritus of physics at the University of Illinois. “So the major thing that we found is that it does depend on seam height. It depends on other things as yet unknown also, but it does depend on seam height.”

In addition to Nathan, the committee was comprised of statistician Jim Albert, mechanical engineer and mathematician Peko Hosoi, and mechanical engineer Lloyd Smith. The team studied almost 800 unused Major League baseballs from the 2013 to 2019 seasons at the Washington State University Sports Science Laboratory, measuring drag coefficients and seam heights. Their data show that average seam height—which is how far the stitching extends out from the ball’s surface—on an MLB baseball has decreased approximately 0.005 inches since the 2015 All-Star Break, while the average drag coefficient of the balls has decreased in that time by about seven percent.

Terry Bahill, a professor emeritus of engineering at the University of Arizona, was not involved with this research but endorsed the findings of the study over an email. He points to a portion of his book The Science of Baseball that helps illuminate why the variation in seam height exists.

“The low seams of the MLB were not created by design or rules,” Bahill wrote. “They are merely an artifact of the hand-stitching process used in the one factory in Costa Rica that has produced all MLB baseballs since 1990. MLB has not published a rule for the height of the seams. Their rules for baseballs are very loose. Therefore, almost any seam height qualifies.”

But even if the seams are a bit of a random afterthought in a baseball’s construction, they have a huge impact on how it flies off a hitter’s bat. The seams on a ball affect what’s called the “boundary layer” of the air—the thin layer that sticks to the surface of the ball as other swaths of air stream around it.

When that boundary layer breaks off the back of the baseball, it leaves a low pressure wake that, when combined with the higher pressure in the front of the ball, produces a force that slows the ball down. As Nathan explains, the size of that force depends on where the boundary layer separates from the ball—and that is influenced by seam height.

“The closer to the front of the ball it separates, the larger that force is, because the area of the wake is bigger. And that depends critically on where the seam is and how high the seam is,” he said.

It’s no shock that balls with higher seams—which force the boundary layer to separate closer to the ball—lead to fewer home runs, because the NCAA’s change from raised seam to low seam balls showed just that. Before 2015, the NCAA used a baseball with a seam height of .048 inches, but since that season, they’ve used one with a height of just .031 inches. Because of the NCAA’s transparency in publicizing the change in the ball, we can easily visualize its massive effect on home run frequency.

What’s different about MLB’s most recent study is that, in this case, the seam height wasn’t shrinking so dramatically. But thanks to precise measurements, researchers were able to observe the change in drag that happens when even a thousandth of an inch is taken off the seam height.

“No one up until now has actually been able to see, when looking at flat seam balls, where the seam height is a lot smaller, to see a variation of drag with seam height,” Nathan said. “And it’s one of the contributing factors—though not the only one—to the drag on a baseball.”

Changes in drag aren’t the only reason that homer numbers are rising. As the report mentions, a change in launch conditions have led to this increase, too—specifically, batters are smashing pitches at a higher launch angle than before, because they’ve learned that higher launch angles are more likely to result in a hit. And as teams have gradually developed a better understanding of the immense value of a dinger compared to any other kind of hit, players have taken a new “all or nothing” approach at the plate that can also explain the recent rise in strikeouts.

But when players hit more fly balls than ever before, and those balls have less drag than they used to, the result is that all these balls that used to go to the warning track now travel into the seats. The ratio of home runs to fly balls in MLB, wrote Michael Baumann at The Ringer, reflects this combination of factors. According to FanGraphs, Baumann noted, the five highest league-wide HR/FB rates—which is the rate at which home runs are hit against a pitcher for every fly ball he allows—since 2002 have come in the past five seasons. “This year’s HR/FB rate, 15.3 percent, represents a more than 10 percent increase on the previous high, 13.7 percent, set in 2017, and is more than 60 percent greater than the league-wide HR/FB rate of 9.5 in 2014.”

But even if we see the home run revolution happening before our eyes, the question remains: Why have these baseballs changed? One theory, popularized by sports data scientist Meredith Wills, speculates that, to keep up with a higher demand for baseballs, Rawlings started using heat to dry the balls, instead of just letting them air-dry. That prevents the laces from stretching, and results in a lower seam height.

Rawlings, however, denies that they’ve changed their process. And even if they had, there are other, unknown factors beyond seam height at play. Given the dip in home runs that happened in 2018—despite a clear drop in seam height from the previous season—and the fact that the committee’s analysis showed that balls in the 2019 playoffs had a higher drag coefficient than the regular season even though there were no apparent changes to the seam height, it’s clear that seams are only one piece of the home run puzzle.

“We have learned a lot about the aerodynamic properties about baseballs from this, and there’s still a lot we don’t know,” Nathan said. “It really is an ongoing process, and hopefully the secrets will be unraveled sometime in the not too distant future.”