Fish can bounce back quickly from mercury pollution

A Canadian experiment is good news for efforts to make seafood safer. 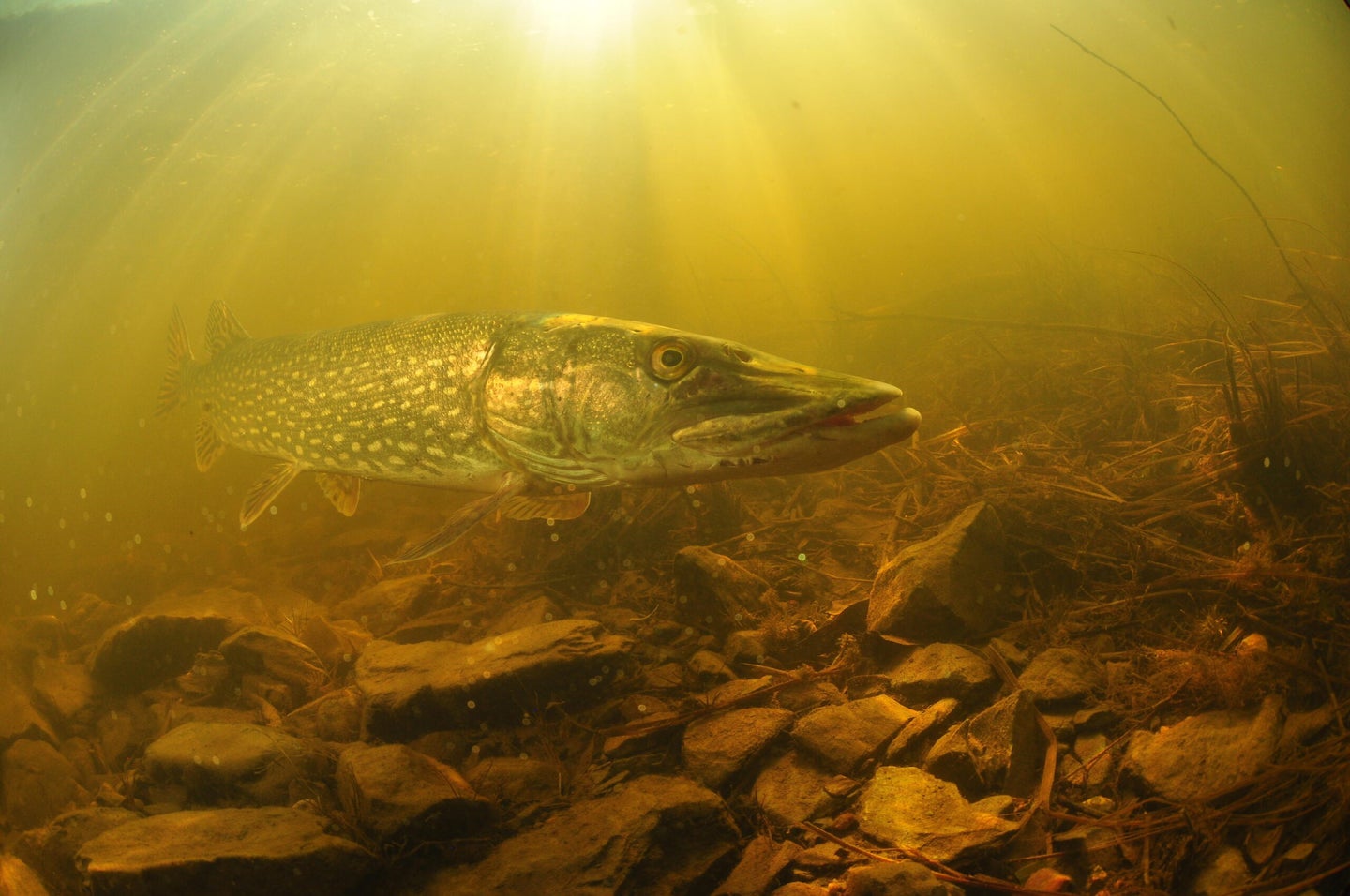 Most people have small amounts of methylmercury in their bodies that are too miniscule to cause health issues. At higher levels, however, this powerful neurotoxin can impair speech, hearing, walking, and vision. Credit: P. Vecsei
SHARE

An encouraging new experiment hints that cutting off mercury pollution to bodies of water can quickly translate into lower levels of the toxic substance in seafood.

Scientists tracked how mercury levels in fish and invertebrates in a Canadian lake changed over 15 years. During the first seven years, the researchers seeded the lake with mercury. Once the influx of new mercury ceased, the team found, contaminant levels quickly fell in both small and large fish within a few years.

“As a demonstration, it tells us that policies that reduce mercury pollution will be effective and that mercury concentrations would be a lot higher in the absence of these policies,” says Paul Blanchfield, a research scientist at Fisheries and Oceans Canada. He and his colleagues reported the findings on December 15 in Nature.

Although the element is naturally occurring, a great deal of the mercury in the environment comes from human activities such as mining or emissions from coal-fired power plants, Blanchfield says. It can be transported long distances in the atmosphere before being rained down onto lakes and rivers or the watersheds that feed them. Once mercury gets into aquatic ecosystems, some of it will be transformed by microbes into an extremely poisonous chemical called methylmercury.

“It tends to increase with every step in the food chain,” Blanchfield says. “The fish at the top of the food chain are the ones we humans eat, and they have the highest concentrations of methylmercury—often up to a million times higher than in [the surrounding] water.”

Most people have small amounts of methylmercury in their bodies that are too miniscule to cause health issues. At higher levels, however, this powerful neurotoxin can impair speech, hearing, walking, and vision.

Demonstrating a clear link between reducing mercury pollution and lower methylmercury levels in fish has proven difficult, Blanchfield says. That’s because many variables influence how methylmercury is produced and accumulates in food chains, including human-related disruptions such as commercial fishing and the arrival of invasive species.

To understand the impacts of controlling mercury, the researchers visited the International Institute for Sustainable Development’s Experimental Lakes Area, which comprises dozens of small lakes in remote northwestern Ontario that have been set aside for scientific research. They zeroed in on a small lake populated by northern pike; their prey, yellow perch; and lake whitefish, which forage along the bottom of the lake.

For seven years, the researchers added different forms, or isotopes, of mercury to the lake surface as well as to nearby upland and wetland areas. This allowed them to disentangle the effects of newly-added mercury from different sources around the lake, and from older mercury that had been accumulating in the lake for many years. The team found that methylmercury concentrations rose by 45 to 57 percent in lake-dwelling invertebrates and small fish, and more than 40 percent in larger fish.

Most of the mercury the researchers measured in these animals had been added directly to the lake. The researchers didn’t detect any mercury from the wetland, and only very small amounts from the upland area, Blanchfield says.

After the researchers stopped adding mercury to the lake, the team found that the isotopes they’d introduced decreased by 81 percent in lakewater, 35 percent in lakebed sediments, and 66 percent in tiny zooplankton within three years. By the end of the experiment, methylmercury made from these isotopes had dropped more than 85 percent in small fish, 76 percent in pike, and 38 percent in whitefish populations.

When the researchers analyzed tissue samples taken from the same fish over time, they found that mercury levels didn’t decline much in individual animals. “Fish do hang onto their mercury for a while,” Blanchfield says. “However, when we looked at the entire population we saw that it was declining quite rapidly.” This indicates that young fish, which weren’t exposed to the more polluted environment of the study’s early years, are driving the population’s recovery, he says.

The researchers also noticed that methylmercury declined more slowly in the bottom-feeding whitefish than in the lake’s top predator, the pike. This is likely because the whitefish are larger, longer-lived fish that reproduce more slowly than the pike, Blanchfield says.

Still, the speed at which the fish populations responded to the decreased amount of mercury coming into lakes came as a pleasant surprise to the researchers. “We thought it could potentially keep contributing for quite some time,” Blanchfield says.

That said, he cautions, it may yet take awhile for mercury from the wetland and upland areas to find its way into the lake. “What we did see is when that mercury got into the lake, it responded just like the mercury we added to the lake surface: It went up quickly and came down quickly,” Blanchfield says. “That tells us that [for] any amount we can reduce mercury coming into lakes, whether it’s through direct deposition through rain onto the lake surface or by runoff, you should see a fast response in the fish populations.”

This information is crucial for efforts to manage mercury contamination, says John Rudd, another coauthor of the findings and former chief scientist at the Experimental Lakes Area.

“Essentially we found that ‘mercury is mercury,’” Rudd said in an email, adding that “Policy makers need to write regulations that control the total mercury loading to lakes, not just the mercury that enters directly from the atmosphere.”