Tigers don’t want to eat humans, but we’re not giving them much choice

Man-eating tigers are a by-product of the human-caused climate crisis. 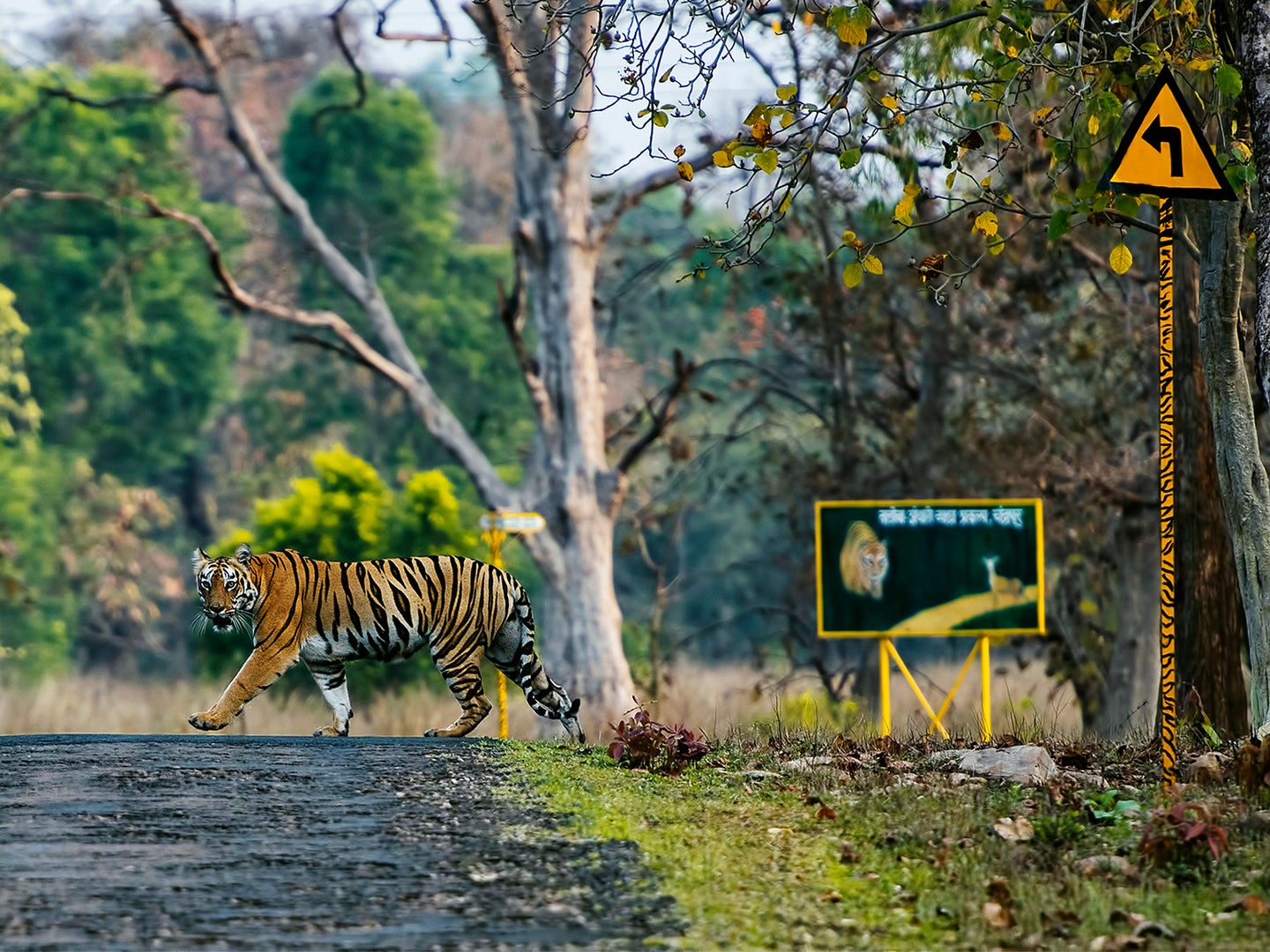 The way that we live on Earth is causing an unprecedented acceleration in species extinction. Now, more than half a million species “have insufficient habitat for long-term survival” and are likely to go extinct unless their natural environments are restored. But we are already seeing major problems from this intrusion, not least through an increase in human-animal conflict.

A case in evidence is that of Avni, a “man-eating” Indian tigress who achieved something close to global recognition at the end of 2018. Man-eating leopards, lions, and tigers aren’t uncommon in India—several are killed or captured annually. But Avni achieved fame when a designer cologne was used in an attempt to lure her into a trap. Sadly, the bait failed and she was ultimately hunted down and killed.

This tragic tale of a tigress gone rogue unleashed a range of debates on the ethics of hunting, the pragmatics of capture, and the elitism of urban conservationists who were furious at her killing. What was somewhat missing from the discussion was the question of what made Avni the tigress into a man-eater in the first place.

The reasons why big cats turn on humans are complex and can be specific to individuals. But they can no longer be explained outside the context of climate change. Biodiversity depletion, habitat loss, extreme weather events, and a greater struggle over natural resources are affecting how animals live across the entire Indian subcontinent, and indeed the world. We should look to the case of Avni not for the peculiar baiting method, but rather for what her life and death tells us about the climate crisis.

Commonsensically, we assume a distinction between “human land” and “animal land”, or spaces that are human-dominated and those that are reserved for animals. There are, of course, landscapes that are more amenable to the habitation of big cats. Leopards are temperamentally comfortable in scrub forests, for example, and tigers were thought to prefer dense forests. But this distinction between spaces is becoming increasingly artificial, especially in densely populated countries like India.

We are now finding increasing evidence of tigers and leopards in human dominated landscapes all over India. Avni was, it is widely agreed, not born in a tiger reserve. She was born in what is called a non-tiger zone or, sometimes, human-land. But she was described as venturing onto human land—farms, village outskirts, even the villages themselves—and preying on humans and their livestock. There is an incredulity to such appearances, which are described as the tiger or leopard “straying”, “escaping”, or “intruding”.

But the fact of the matter is that sightings of big cats in urban backyards are no longer aberrations in India, and they are only set to grow. There is increasing evidence of tigers and leopards in human dominated landscapes all over India. As urban areas expand out, afforestation continues apace, and with some minor successes in tiger and leopard conservation, humans will need to be prepared to more openly share land with big cats.

Another thing that Avni’s story makes clear is the role of human policies in exacerbating, if not actually creating, human-animal conflict. There is a very high probability that a controversial ban on slaughtering cattle in the state of Maharashtra, where Avni lived, had a big role to play in the creation of this so-called man-eater.

Perhaps Avni was attracted to villages for the potential prey of defenseless humans, which are becoming more and more attractive in the context of animal extinction and a rapidly depleting prey base. But as several news outlets have noted, what is much more likely is that she was attracted to human settlements to hunt the plentiful cattle available. A direct effect of the beef ban, then, is the horrifying fact that humans have become the prey of a predator in lieu of cows.

It is becoming increasingly difficult for us to deny or look away from the effects of climate change. The climate is changing, bringing with it not just dry river beds or extreme weather events but big cats into cities, too. When leopards walk almost to the gates of New Delhi, or lounge on golf courses in Gurgaon, this isn’t an animal that is merely lost or straying.

When a tigress keeps hanging around people and, unfortunately, develops a taste for human flesh, this isn’t just one aberrant big cat. Avni and other big cats are symptomatic of what climate change is doing to our present. Categories and distinctions that we took for granted—such as tiger land versus human land—no longer apply, if they ever really did.

Another way to understand the climate breakdown, through the life of Avni and other big cats with similar fates in India, is as an irretrievable collapse of the commonsensical.

Nayanika Mathur is an Associate Professor in the Anthropology of South Asia at the University of Oxford. This article was originally featured on The Conversation.