This ‘chameleon theory’ explains things about gravity that Einstein couldn’t

But we're not quite ready to trash general relativity. 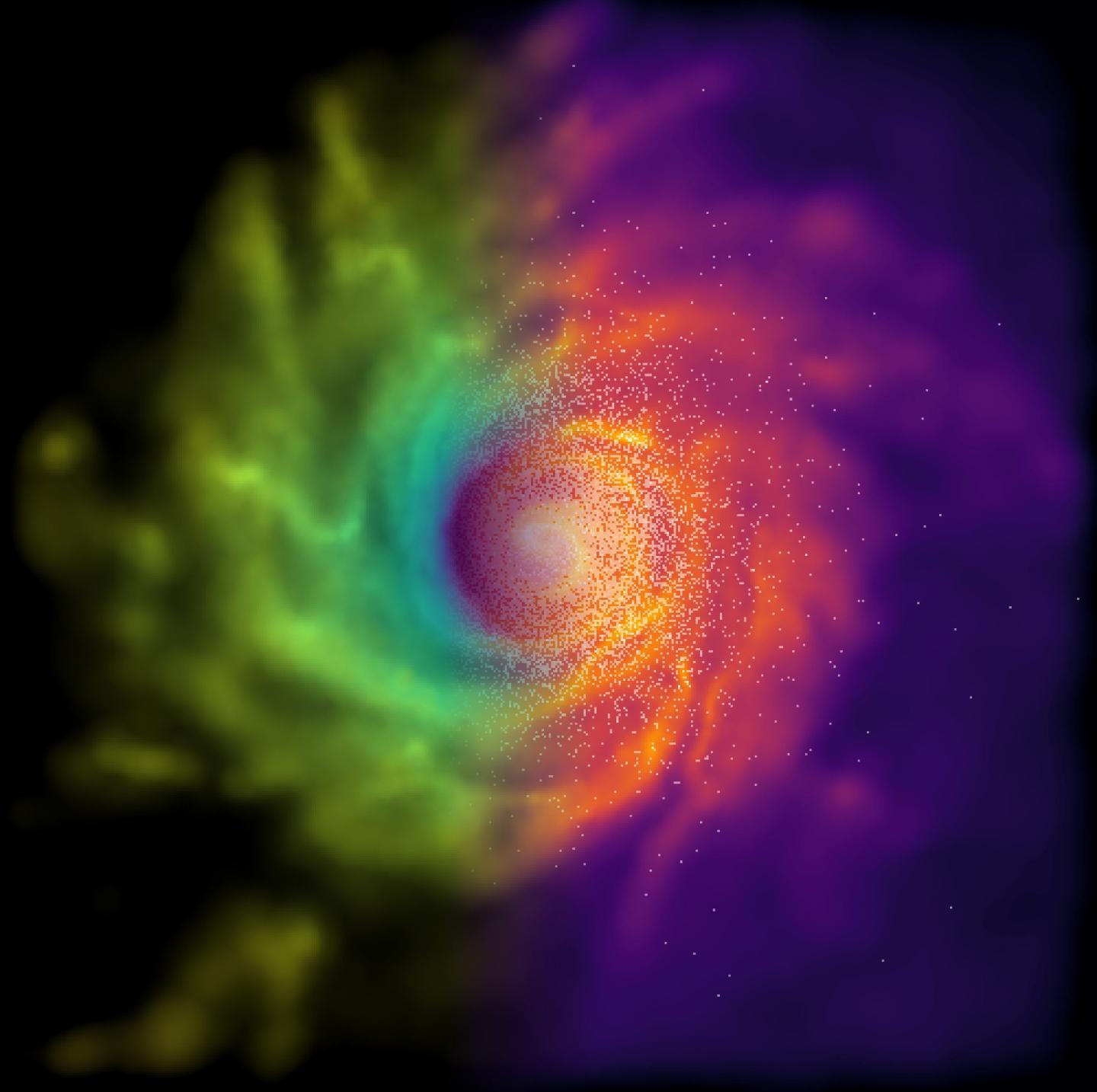 More than 100 years after Albert Einstein first outlined his ideas on how gravity weaves into the fabric of space-time, we still don’t have any other model that better defines how objects in the universe move and behave. General relativity isn’t just a smoother explanation than any proposed alternative; it’s better evidenced, most notably in recent years through the detection of gravitational waves rippling through the cosmos, and in the first-ever image taken of a black hole.

But general relativity is not flawless. While it explains the vast majority of what we observe through the universe, it leaves its fair share of cracks. This has given rise to alternative models of gravity that attempt to fill in these knowledge gaps. One of these models is a “chameleon theory” called f(R) gravity, and a new study published in Nature Astronomy this week suggests it may be a viable model for describing how gravity has influenced some of the biggest objects in the known universe.

“This study is the first to demonstrate that an alternative gravity theory, despite the complicated behavior of gravitational force, can still make realistic galaxies,” says Baojiu Li, a professor of physics at Durham University in the UK and a coauthor of the new paper. “Studies like this will help us check the feasibility of a theory, as well as identifying places where we may test the different theories of gravity using future observational data.”

Chameleon theory is a catchall term for a class of gravity theories deviating from general relativity. Standard physics outlines the existence of four fundamental forces (gravity, electromagnetism, and strong and weak interactions working on the subatomic level). But chameleon theory considers the existence of an additional, “fifth force” hidden in dense regions of space like the solar system, but much more influential in low-density regions.

“Such an environment-dependent behavior of the theory earns it the name ‘chameleon theory,’” says Li. Most of the universe exists in low-density settings, which means there’s a strong potential to find signatures of this shape-shifting force and use it to test out chameleon theories.

f(R) gravity is one of those so-called chameleon theories. According to Li, it’s been kicked around as an alternative to general relativity since as early 1970, studied in different contexts as a gravity model to explain both the early infancy of the universe as well as its current state.

It found a resurgent interest among scientists in the 1990s and early 2000s when cosmological data started to show the expansion of the universe was actually speeding up. Li says that while general relativity works “very well practically” to describe this accelerated expansion via dark energy, there are some discrepancies between what this model predicts should happen, and what scientists have actually observed in the data. And the fact that we’ve never actually observed dark energy has always been a cosmological thorn in general relativity’s side.

Here’s the catch: when you tinker around with gravity, you are basically messing around with everything else in the universe. Gravity decides how matter aggregates into rocks, asteroids, stars, galaxies—how literally everything takes shape. If f(R) gravity is plausible, it should foster a universe that looks like ours, where galaxies look like spirals and ellipses, and not like a series of celestial rorschach tests.

Li and his team ran supercomputer simulations of a universe guided by f(R) gravity, and found that “realistic galaxies, like our Milky Way, can form with properties we’ve previously observed, even amidst the complicated behavior of the fifth force,” he says. This was in spite of the fact that an altered gravity model caused changes to the amount of heat black holes produce as they swallow up matter—a dynamic that could have massively disrupted galaxy formation, but somehow did not.

While the findings certainly raise the specter that something other than general relativity runs the world, Li and his team emphasize they certainly do not claim to prove f(R) gravity is real, or disprove general relativity. The study’s simulations are just that: simulations. A “fifth force” might really exist and influence how things form in the universe, but until we have observations or data that prove such interactions are real, we’re just theorizing. The simulations themselves are built based on the data we’ve collected so far, and “one has to bear in mind that galaxy formation is an actively advancing research field, and there are still things which are uncertain,” says Li. False signals we’ve measured, holes in data, and other uncertain variables could easily produce flawed simulations. And just because we’ve never observed dark energy yet, doesn’t mean it’s cancelled.

We’ll never actually know whether general relativity deserves the boot or not unless we can actually test out f(R) gravity and other chameleon theories in the real world—and that’s obviously much easier said than done. We know chameleons change their colors because we’ve seen it happen in real life. But how are we supposed to see the laws of gravity change? How is something like this observable? There’s no simple answer to that question.

The Durham researchers hope to start that task using the upcoming Square Kilometer Array, set to start observations in 2020. It will be the world’s largest radio telescope, spread across two continents, and will be powerful enough to peer far into space and observe stars and galaxies that formed soon after the Big Bang. In just a few years, we might glean some data that reveals something about dark energy and general relativity, or whether a chameleon theory might be at play in influencing the universe. Honestly, having the influence of Einstein replaced by a species of lizard doesn’t sound so bad.