Next time, try not to fall asleep right after the party ends. 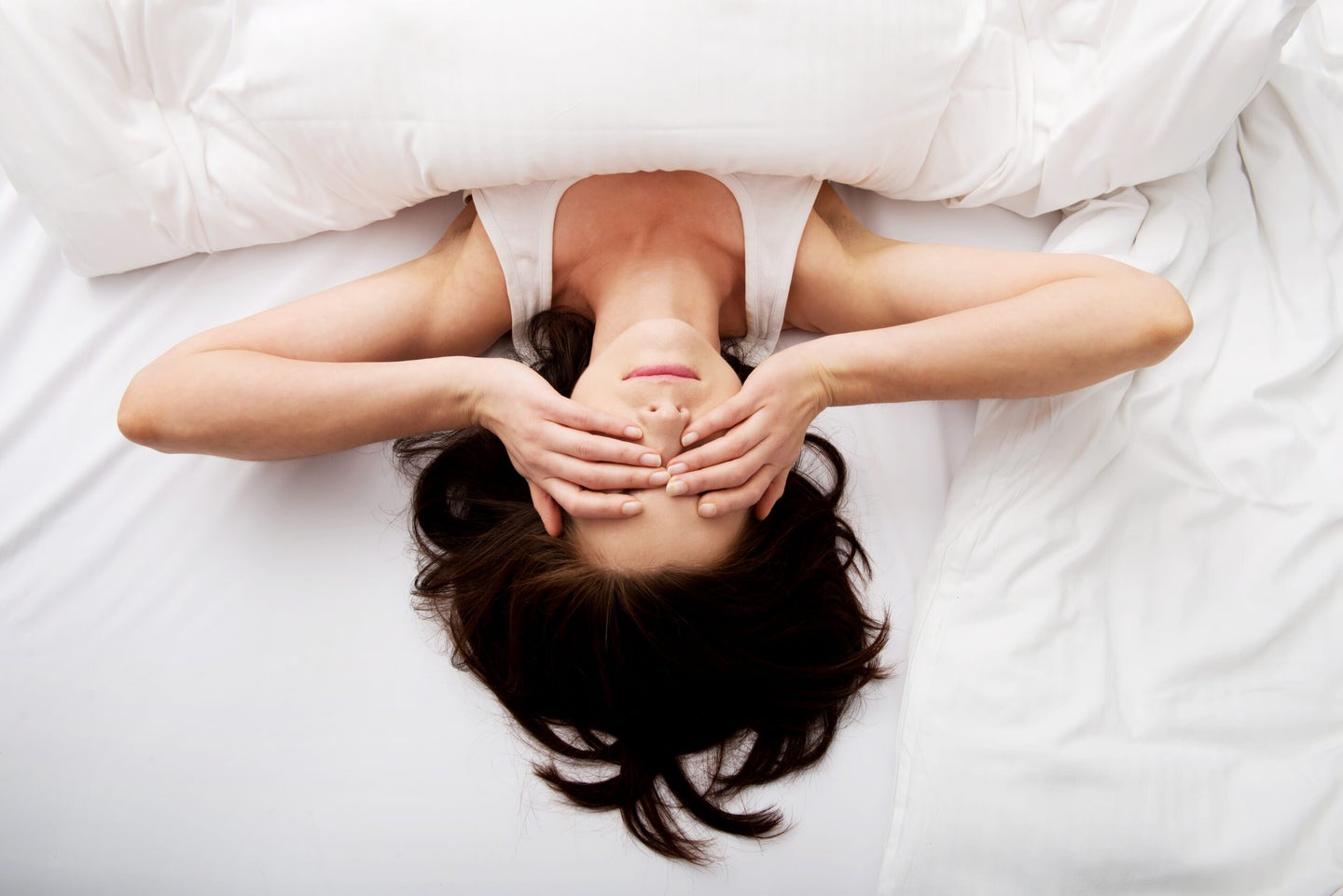 There's a scientific reason why you're wide awake only a few hours after finally ending the night. DepositPhotos
SHARE

It’s New Years Day. You’ve just woken up to a barely lit sky, perhaps only a few hours after finally making it to bed covered in glitter and full of champagne. But why are you so darn awake?

Part of the problem is that alcohol lowers the quality of your sleep. Several studies have shown that a bit of booze before bed can actually make you doze off more quickly, but things take a turn in the second half of the night as the body metabolizes all that alcohol. The body experiences a “rebound effect” as it pushes back against the physiological effects of alcohol, which knocks things out of whack once there isn’t any alcohol to counteract. So in contrast to that super deep initial sleep period, we get the icky, post-drinking feeling of being kind of awake, but definitely not rested.

Mahesh Thakkar, a professor of neurology and director of research at the University of Missouri School of Medicine, set out to see what makes drunk sleep so terrible—and so terribly short. He subjected mice to a bit of a happy hour, bringing their blood alcohol content up to what a binge-drinkers might experience on a big night out. These wasted rodents crashed for a few hours after the experimental bender, but then woke up—and stayed up for the rest of the night.

“[The mice] had a significant loss of sleep, which has [also] been observed in humans,” Thakkar told Popular Science. “When they drink alcohol, they sleep for about three or four hours. Then they wake up and can’t go to sleep.”

Further inquiry showed that binge-drinking fiddled with the mice’s “sleep homeostasis,” as Thakkar reported in a 2014 study. Homeostasis is a fancy word for balance. In this case, it’s the chemical response that triggers you to take a rest when you’ve been up and active for too long.

If you get a good night’s rest, you generally feel ready to take on the day until you hit a reasonably bedtime. But if you get barely any shut-eye, you’re going to be sleepy and feel pressure to nap.

This has to do with a chemical called adenosine in the brain. As your body works, it uses up energy in the form of adenosine triphosphate. Adenosine is the resulting waste product, so it increases throughout the day. That translates to your body realizing how much energy it’s already burned up, which will eventually make you drowsy.

Thakkar’s study shows that alcohol inhibits the cellular uptake of adenosine, which leaves more adenosine floating around outside your cells. We get sleepy really fast, and our body is thrown off course a bit. If we start getting sleepy on hyper speed, our bodies also want us to feel awake super speedily to even things out.

But can science tell us how to successfully sleep in? Thakkar suggests drinking slowly and responsibly, and to try not to drink heavily in the late evening.

“You want it to go away, or have the effect be minimal when you go to sleep,” he says.

That way, he says, you can wait out your buzz and go to sleep mostly sober—instead of crashing hard and throwing your sleep schedule off balance. Yup: When it comes to holiday partying, day drinking is the way to go.