In perfect conditions, rainbows can come alive at night 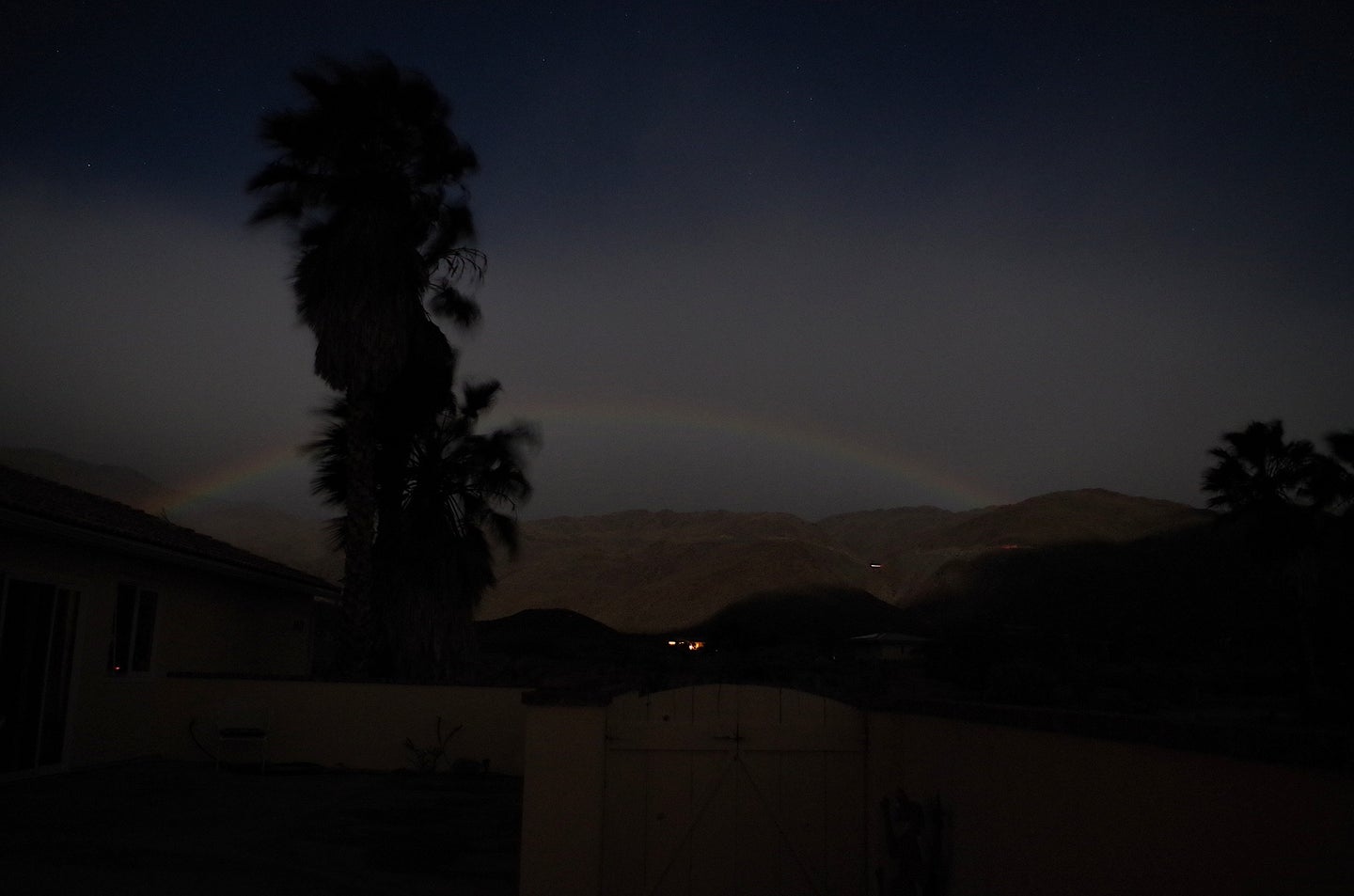 Moonbows only show up in places untouched by light pollution and under all the right atmospheric conditions. Sicco Rood/Anza-Borrego Desert Research Center
SHARE

While most people had their eyes fixed on the once-in-a-lifetime Christmas Star last month, University of California, Irvine staff research associate Sicco Rood found and photographed another rare sight in the night skies.

Most evenings Rood can step into his front yard in Southern California and see the nebulous tracks of the Milky Way run over Anza-Borrego Desert State Park. But on this late-December day, the clouds blocked out the stars and planets, leaving only the moon to shine brightly against the drizzly mountains.

Around 7 p.m., though, Rood noticed a bizarre prism curving over the western horizon. He set his Pentax K-50 on a tripod and took a two-second-long exposure to capture the spectacle. It was a lunar rainbow—a hard-to-see phenomenon in which sunlight reflecting off the moon is filtered through water droplets in the air. This causes the white wavelength to bend and separate into multiple colors.

To witness a lunar rainbow, you need to be in a place untouched by light pollution and have all the right atmospheric conditions. In Rood’s case, his yard set the perfect stage. The state park belongs to the International Dark-Sky Network and follows strict protocols for curbing the glare on the ground at night. Combine that with a nearly full moon and west-to-east winds blowing unusually heavy rain clouds closer to the desert, and boom: a post-dinner rainbow.

“We see so many interesting things out here in Anza-Borrego, I’m looking up as well as down,” Rood says. “I’d always imagined seeing a snowbow in the mountains. But never a moonbow.”