Inside the discovery that could change particle physics

A subatomic particle called the muon is more magnetic than it should be—here’s what that could mean. 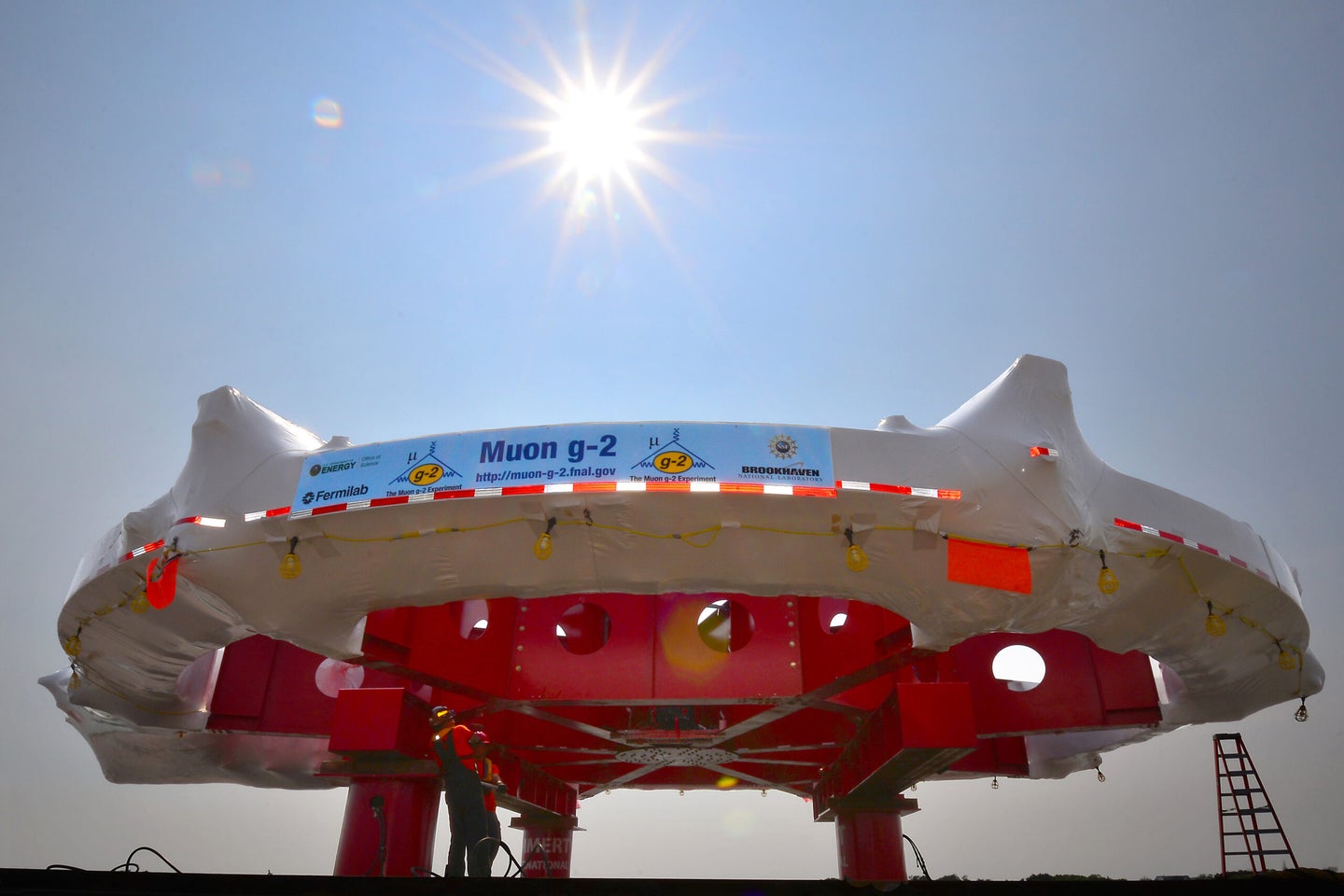 An international team of scientists have reported that something is not as it should be with a tiny subatomic particle. If this discovery holds, it has the potential to throw modern physics wide open.

The problem child is a particle called the muon, a heavier and shadier cousin of the electron. They last mere millionths of a second before they decay and break down. Ephemeral as muons are, physicists can generate millions of them by smashing other particles together at facilities like CERN’s Large Hadron Collider.

Now, particle physicists at Fermilab in suburban Chicago have found evidence that muons are more strongly magnetic than scientists predicted. That might seem like an arcane detail, but it means that the muons are violating basic laws of particle physics, as dictated by something called the Standard Model.

The Standard Model has been the beating heart of particle physics for around half a century. It lays the quantum groundwork for scientists to understand and link what they think are the universe’s most fundamental particles: the muon, the electron, the photon, and the semi-legendary Higgs boson, along with 13 others.

The Standard Model has mostly held up under scrutiny, but there are a few chinks in the model’s armor, unanswered questions that have been floating in physicists’ minds for decades. A few particles’ masses don’t match what the model predicts. It also doesn’t show us how gravity works or account for either dark matter or dark energy, leaving huge chunks of the universe’s makeup a mystery. Nor does it explain why the universe has matter at all.

That’s why some particle physicists now believe—or, at least, hope—that this muon mismatch could prove the first deadly blow to the Standard Model.

“This is strong evidence that the muon is sensitive to something that is not in our best theory,” said Renee Fatemi, a physicist at the University of Kentucky and part of the research team, in a statement.

This discovery has been foreshadowed for some time. In the 1990s, scientists at Brookhaven National Laboratory on Long Island began shooting muons around a magnetic ring in order to examine its magnetic dipole moment, which is a measurement of the tiny magnetic field that the particle inherently carries. They found that the magnetic dipole moment didn’t match what the Standard Model predicted.

[Related: Quantum teleportation is real, but it’s not what you think]

It was a tantalising lead, but when the experiment’s funding dried up, scientists couldn’t pursue it. They’d have to wait until the 2010s, when the magnetic ring was moved—literally—several hundred miles west to Fermilab. There, hundreds of scientists working together from around the world have jointly confirmed what their counterparts at Brookhaven found: The muon’s magnetic dipole moment flies in the face of the Standard Model.

It’s too soon to puzzle out the implications. First, scientists need to reproduce the results; what the Fermilab researchers have found has around a one in 40,000 chance of being random noise. That’s staggeringly unlikely, to be sure, but it’s well short of the 1 in 3.5 million that’s standard in particle physics. There may be more results coming: Fermilab researchers say that they’ve thoroughly analyzed less than six percent of the data they collected.

Not all scientists think the muons will revolutionize particle physics. But many, including some of the Fermilab researchers, suspect the discrepancy is the result of some unknown force interacting with the muons. If so, then it boldly heralds some newly-found physics that is well beyond the Standard Model.

Even if the Standard Model doesn’t become a thing of the past, this muon finding could be the launching pad for new discoveries that help answer how and why the universe works the way it does.