The facial structure of prehistoric and modern skulls could link humans back to neanderthal roots. 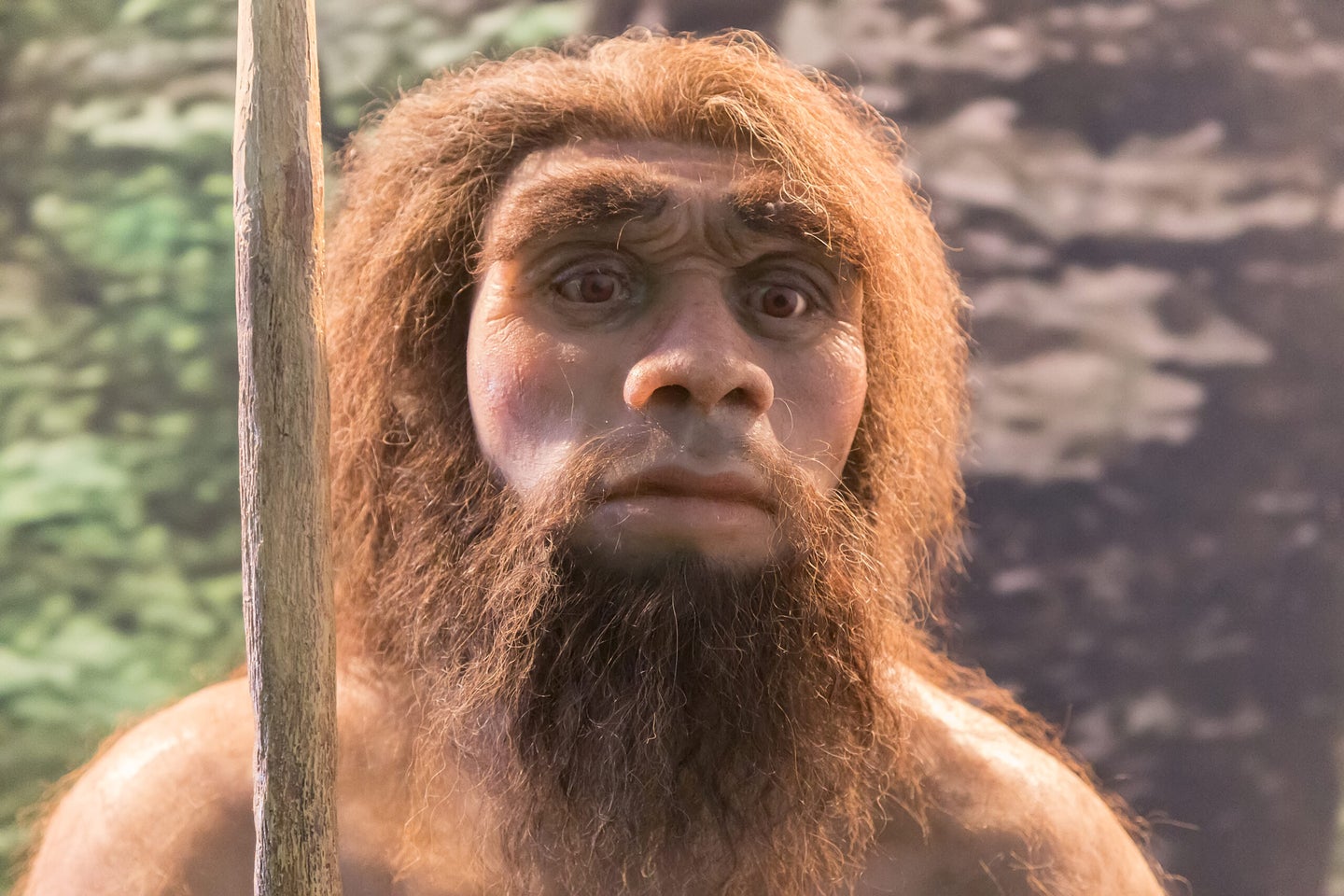 Neanderthals are the closest extinct ancestor to modern day humans and looked something like this. Deposit Photos
SHARE

Deep within the genome of modern day humans lie trace amounts of the DNA of a long-lost relative: the Neanderthal (Homo neanderthalensis). They lived about 400,000 to 40,000 years ago, and are the closest extinct human relative to today’s human beings (Homo sapien). A body of research has shown that Neanderthals interbred with humans around 100,000 years ago and a new study published yesterday in the journal Biology is building upon our knowledge of where this interbreeding took place.

“Ancient DNA caused a revolution in how we think about human evolution,” said Steven Churchill, co-author of the study and a professor of evolutionary anthropology at Duke University in a press release. “We often think of evolution as branches on a tree, and researchers have spent a lot of time trying to trace back the path that led to us, Homo sapiens. But we’re now beginning to understand that it isn’t a tree–it’s more like a series of streams that converge and diverge at multiple points.”

The team of researchers from North Carolina State University, Duke University, and the University of the Witwatersrand in South Africa gathered already published data on Neanderthal craniofacial morphology, or facial structure. Neanderthals had larger faces than modern humans, but the size of the face isn’t enough to determine a genetic link between them and human populations.

A data set comprising of 13 Neanderthals, 233 prehistoric Homo sapiens, and 83 modern humans was built by the team from the available literature. They focused on standard skull measurements as a control to study the size and shape of key facial structures. Having the control allowed the team to best determine whether a human population was likely to have interbred with Neanderthal populations and the extent of interbreeding.

The researchers also used environmental variables (like climate) that are associated with changes in human facial characteristics, to determine the possible likelihood that the connections made between Neanderthal and human populations were a result of interbreeding instead of another factor.

“We found that the facial characteristics we focused on were not strongly influenced by climate, which made it easier to identify likely genetic influences,” said Ann Ross, a corresponding author of the study and professor of biological sciences at North Carolina State University. “We also found that facial shape was a more useful variable for tracking the influence of Neanderthal interbreeding in human populations over time. Neanderthals were just bigger than humans. Over time, the size of human faces became smaller, generations after they had bred with Neanderthals. But the actual shape of some facial features retained evidence of interbreeding with Neanderthals.”

[Related: The debate over ‘Dragon Man’ shows that human origins are still kind of messy]

The next step for this type of study is to take measurements from more human populations, such as the Natufian culture that lived more than 11,000 years ago on the Mediterranean Sea in what is now the nations of Israel, Jordan, and Syria. Their findings from comparing these skulls supports the hypothesis that much of this interbreeding took place in a region ranging from North Africa to Iraq. “This was an exploratory study. And, honestly, I wasn’t sure this approach would actually work–we have a relatively small sample size, and we didn’t have as much data on facial structures as we would have liked. But, ultimately, the results we got are really compelling,” added Churchill.

“The picture is really complicated,” said Churchill. “We know there was interbreeding. Modern Asian populations seem to have more Neanderthal DNA than modern European populations, which is weird–because Neanderthals lived in what is now Europe. That has suggested that Neanderthals interbred with what are now modern humans as our prehistoric ancestors left Africa, but before spreading to Asia. Our goal with this study was to see what additional light we could shed on this by assessing the facial structure of prehistoric humans and Neanderthals.”

Neanderthals are known for making and using a wide range of sophisticated tools, controlling fire, living in shelter, making and wearing clothing, hunting large animals, and also eating plants. There is also evidence that they buried their dead, a marker of sophistication for the species. The first full genome of a Neanderthal was sequenced in 2010.