Anthropologists have identified the earliest evidence of Homo sapiens in Europe

Tools and pendants found with the 45,000-year-old remains might have inspired later Neanderthals. 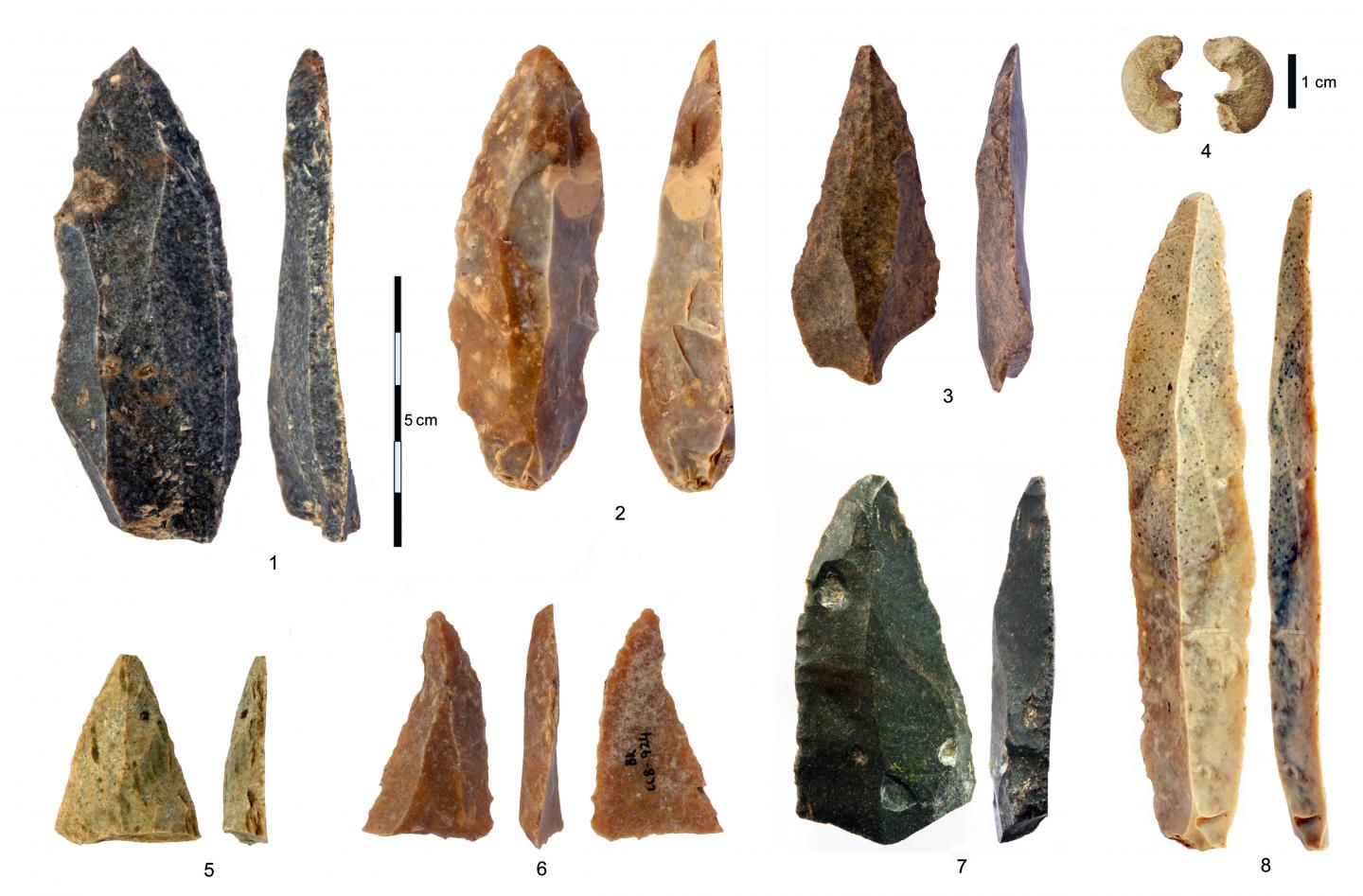 Modern humans roamed central Europe at least 45,000 years ago, recent excavations from a cave in Bulgaria indicate. An international team of scientists unearthed tooth and bone fragments which they believe belonged to Homo sapiens. Nearby, the researchers also found tools and pendants similar to ones used thousands of years later by our close relatives the Neanderthals. Together the findings, which the team announced this week in the journals Nature and Nature Ecology and Evolution, help paint a clearer picture of how Homo sapiens arrived in Europe and interacted with the local Neanderthals.

Previous studies have shown that Homo sapiens and Neanderthals encountered each other and even interbred; the new findings suggest that Neanderthals may also have imitated artifacts created by their Homo sapiens neighbors. “It’s important for us to go through these sites and…identify who actually was responsible for this innovative ‘modern’ technology,” says Shara Bailey, an anthropologist at New York University and coauthor of one of the papers. “We know they exchanged genes, but if they’re also sharing culture, were those interactions possibly friendly?” Bailey says.

Currently paleontologists believe that after modern humans left Africa, they made their way to Eurasia, a trek that likely took place a little more than 40,000 years ago. Once there, they eventually replaced Neanderthals in the region. Few details are known about this transition, though. Until now, the oldest known Homo sapiens remains in Europe came from Peştera cu Oase (“Cave with Bones”) in Romania and were estimated to be around 41,000 years old.

The remains Bailey and her colleagues examined came from Bacho Kiro Cave, which lies on the northern slope of the Balkan mountain range. In 2015, the team began excavating tooth and bone fragments from the site. By analyzing proteins and DNA preserved in the fossils, the researchers ultimately identified a handful of bones as Homo sapiens. Bailey and her team also examined a distinctive molar from the site and determined that it belonged to a modern human as well. The researchers then calculated the age of the remains based on the genetic material and radiocarbon dating, a technique that measures how carbon decays over time in organic material. The two analyses dated the remains to roughly 46,000 to 44,000 years old, making them the oldest direct evidence of Homo sapiens on the continent.

Alongside the human remains were bladelike tools and pendants made from cave bear teeth. These pendants resemble Neanderthal artifacts that have been found in the French cave of Grotte du Renne and date to a younger age. “The methods they used to string them or modify them are similar to what Neanderthals were doing at later sites,” Bailey says. “What this suggests is that rather than Neanderthals innovating bone tools, pendants, personal adornments, they were adopting it…from Homo sapiens.”

However, even if Homo sapiens were the original inventors of these state-of-the-art ornaments, it wouldn’t imply that Neanderthals were mere copycats. There’s increasing evidence that Neanderthals painted their bodies and used bird feathers and talons for ornaments—practices that might have allowed them to quickly gauge whether an approaching hominin was a member of their group or an outsider.

And copying jewelry or tools used by those outsiders would have been a useful ability in its own right. “Is it more important to be the inventor or the innovator, or is it just as important that you recognize something as being novel and something you can use and then you adopt it to your culture?” Bailey says. “That’s really I think a matter of opinion.”