How I reconstruct the faces of early human ancestors

Sculptor Élisabeth Daynès works in paleo-reconstruction, bringing the faces of long-dead human ancestors back to life. 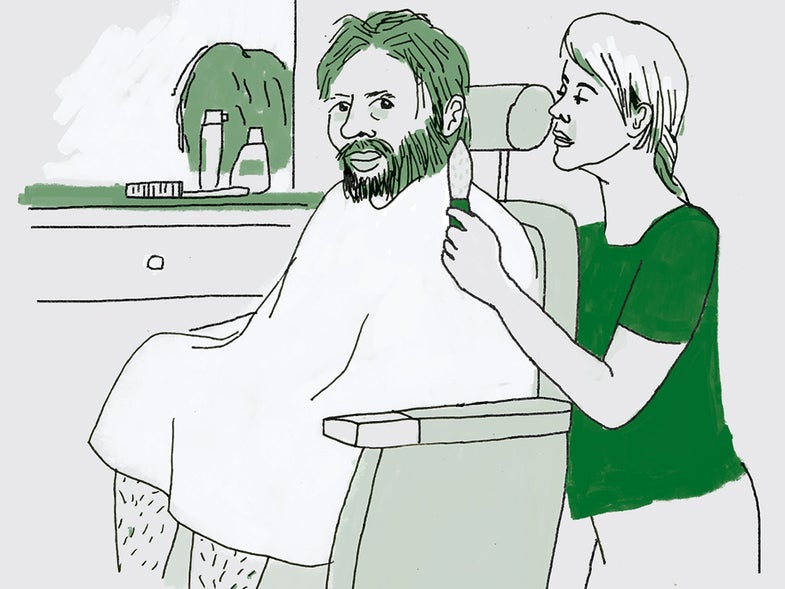 Thirty years ago, I was sculpting hyperrealistic masks for theatrical productions. Then I met these scientists who asked me to create models of Paleolithic hunters for museum exhibits. When I visited their lab, I saw 20 ancient skulls on a shelf, and I was fascinated by all the different shapes early humans took. I wanted to get my hands on those skulls.

Since then, it’s been my job to bring ­ancient people back to life, a field called paleo-­reconstruction. We convey science’s best guess about how these human relatives looked. I start with a plaster cast of the skull and lay clay “muscles” over it, building thin layers to mimic flesh. The tricky parts are the features. Right now I’m working on a Homo naledi—a 300,000-year-old relative of ours that archaeologists discovered in 2013. Many hominids looked more like chimpanzees than today’s humans, so I could make the nose chimp­like or modern. But I’m waiting for the scientists to determine that, based on how much H. naledi’s teeth or other remains resemble those of better-understood species.

Next, I make a silicone mold of the entire structure—this copy is what actually goes on display—and paint on a skinlike complexion. I add real hair, as well as resin teeth and glass eyes. Some aesthetic decisions are mine, not the scientists’. With Neanderthals, I can take liberties because I’ve reconstructed so many of them. For one man, I shaved down his facial hair with a stone razor, one hair at a time, and gave him ear piercings made of shells.

My favorites are Neanderthals because people once thought they were stupid, ugly, and brutal. But we now know they made stone tools and were the first to bury their dead. I look at a man I reconstructed and I know he was compassionate, not stupid. So I compose facial expressions to make my ­reconstructions look charismatic. Their eyes should sparkle with life and intelligence.

When people see my sculptures in a museum, they’re often meeting these Neanderthal relatives of ours—whom we lived alongside for thousands of years—for the first time. If one in five people leave the exhibit with an emotional connection, then I’m happy.

As told to Rachel Feltman