Researchers found proof of Neanderthals reproducing with other species

But the hybrid girl raises more questions than she answers. 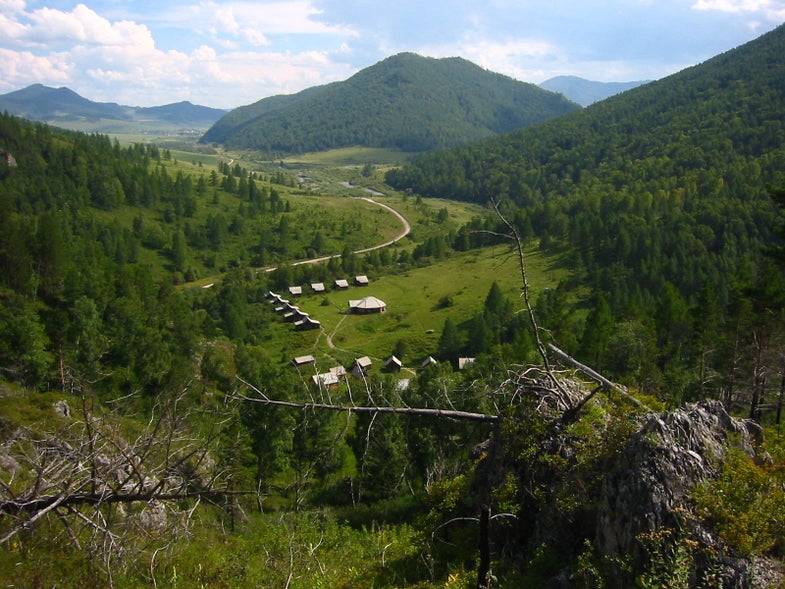 About 90,000 years ago, two people boinked inside of a Russian cave and had a child. Nothing totally unusual about that—except that these two people were from two different species. A new genomic analysis by German researchers shows that a early human bone fragment found in Siberia actually belonged to a female teenager born to a Neanderthal mother and a Denisovan father. The findings, reported in the journal Nature on Wednesday, provide the first known evidence of a direct offspring between these groups, a confirmation of scientists’ strong suspicions that the two species had interbred.

“This is an amazing finding, mainly because there were probably never many of these hybrid individuals around,” says Ian Tattersall, curator emeritus for the American Museum of Natural History’s Division of Anthropology, who was not involved with the study. “It’s a bit like winning the lottery.”

Neanderthals and Denisovans are two of the closest extinct relatives of modern humans. Populations of both species roamed through Europe and Asia, and after the discovery of Denisovans in 2010 in the Denisova cave located in Siberia’s Altai Mountains, analysis indicated they and Neanderthals had split from a common ancestor about 390,000 years ago. The two species were both on their way out of existence roughly 40,000 years ago. Scientists were almost certain they interbred with each other as well as with Homo sapien, since the remnants of both species’ DNA lingers in modern humans.

The Denisova cave itself has a strange, windy history. Researchers previously found a Neanderthal toe bone estimated to be about 120,000 years old, so the cave probably changed hands rapidly over the years. Researchers have spent quite a bit of time analyzing the genome of the few Denisovan fossils pulled out from the cave, which was also home to the hybrid’s bone.

Researchers hailing from the Max Planck Institute for Evolutionary Anthropology managed to get ahold of the bone fragment for genomic analysis, and they learned it likely came out of a an arm or a leg, from a female teenager who died when she was around 13 years old. That might not sound like a whole lot, but it’s plenty of information to pull out from an shard barely an inch long.

But the team wasn’t done. After an initial round of analysis on the fragment’s mitochondrial DNA confirmed the bone belonged to an early human whose mother was a Neanderthal, scientists started probing the nuclear DNA, which is inherited in equal parts from both mother and father.

Shockingly, the bone presented near equal amounts of both Neanderthal DNA and Denisovan DNA. After confirming the analysis hadn’t been compromised by an error of some sort, the team realized the results meant the father was Denisovan. Moreover, the Denisovan father shared genetic material with another Denisovan woman who lived in the cave thousands of years later (whose pinky was found in 2010). Meanwhile, the Neanderthal mother was most closely related to Neanderthals who lived farther west in modern day Croatia, about 20,000 years after the female hybrid died.

The rarity of this discovery can’t be understated, but that excitement is tempered by the discouraging limits of what we can learn from the bone. According to Tattersall, besides the fact that stumbling upon preserved evidence of an interspecies hybrid is extremely rare, the fragment doesn’t illuminate any new insight into the biology or behavior of Neanderthals and Denisovans, separately or in mixed populations. It’s still an astonishing discovery, but it’s difficult to use such a specimen to really piece together some new understanding of either species.

That’s quite a shame. While we know plenty about the physiology and lives of Neanderthals, we know “practically nothing about the Denisovans, who are basically known only from their DNA,” says Tattersall. “We know they interbred with modern humans, too, but we have no idea what happened to them, except that they disappeared,” he says. “Neanderthals bred with modern humans as well, of course, but the consequences for both species were minor, and the Neanderthals became extinct as recognizably who they were.” The new findings don’t tell us anything about what Denisovans looked like, what they ate, their social habits—nada.

What the study does do is suggest interbreeding between past species of human was probably much more common than previously thought. The Denisova cave and its specimens imply that Neanderthals and Denisovans were living side-by-side, and they might have been forming familial units at high frequencies. This wouldn’t be entirely shocking—the Denisovan father of the hybrid teenager, for example, exhibits genetic signs of having Neanderthal ancestors. But this also further complicates the question of why, if interbreeding was possible and perhaps common, Neanderthal and Denisovan populations remained distinct before they died out.

There are likely other Denisovans-Neanderthal hybrid bones waiting to excavated and studied, and most certainly more Denisovan specimens that could give us a better glimpse of what this species’ biology looked like and how they may have behaved—and who else they might have gotten busy with.