Why are humans good at endurance running? The answer is murky.

The reason we can run long distances may have little to do with our ancestors’ quest for meat. 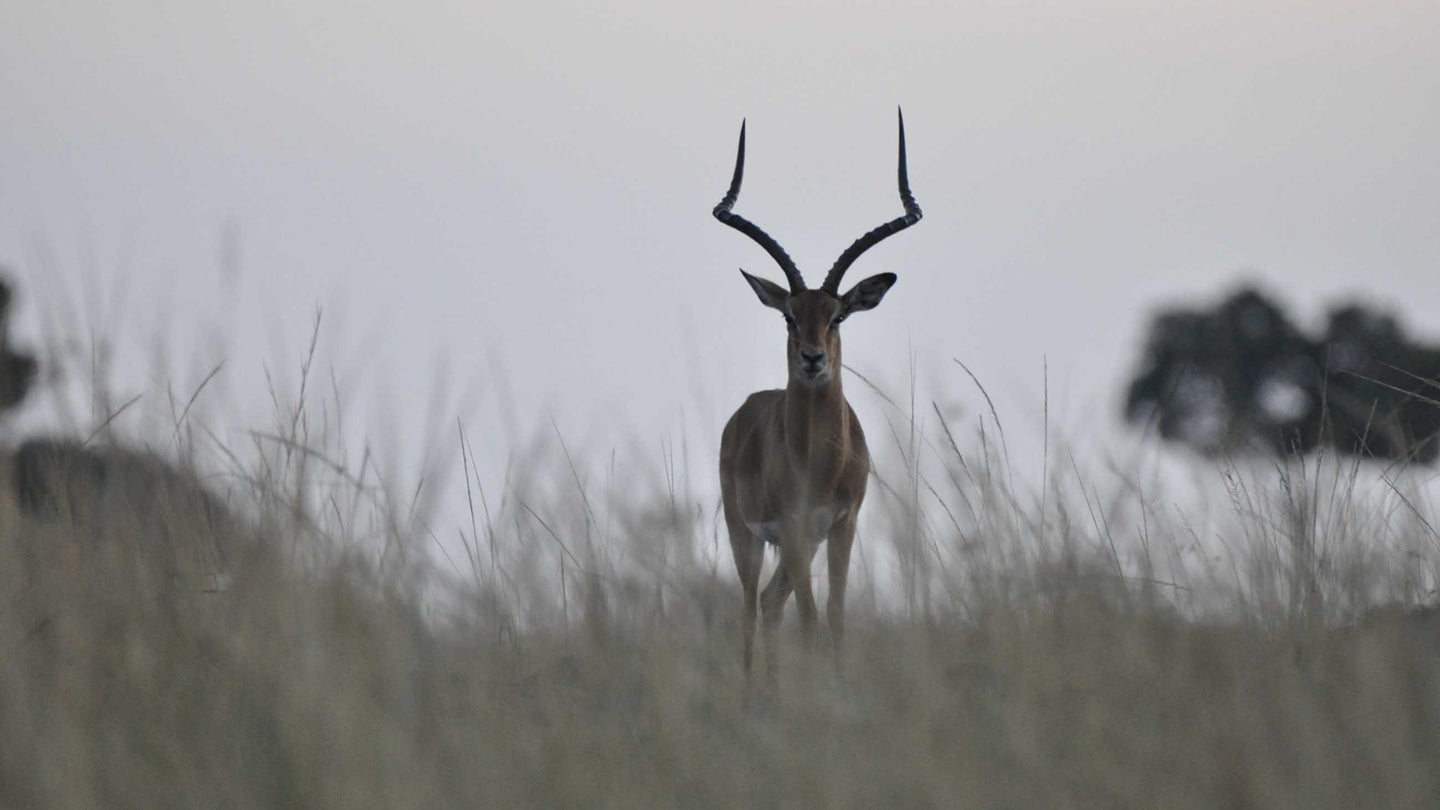 Did our stone-age ancestors chase down antelope across the hot, dry savanna, armed with nothing but maybe some blunt sticks or rocks, for hours on end, never letting the animals rest until they collapsed with exhaustion, and the hunters, glistening with perspiration, could go in for the kill?

The idea of ancient humans as persistence hunters, possessed of superior physical capability, has a certain romance about it and has become very popular with running enthusiasts. Some scientists suggest it can explain several of the evolutionary traits humans have acquired over the past two million years. There may be some groups who practice it even today, though that’s hotly debated.

Despite the idea’s foothold in popular culture, however, there is no hard evidence that ancient humans were persistence hunters, much less that persistence hunting shaped evolutionary traits. In fact, what evidence there is doesn’t support the notion that early humans acquired their meaty meals through feats of running endurance; it flatly contradicts it.

The theory that persistence hunting played a crucial part in the evolution of man was first suggested in 1984 by David Carrier, who at the time was a doctoral student at the University of Michigan. Carrier’s idea was based on the observation that man is one of the only mammals that cools itself by sweating. Most four-legged mammals pant to cast off heat, which doesn’t work nearly as well when running. Carrier concluded that if our early human ancestors could chase an animal long enough, the animal would overheat and collapse with heat exhaustion, and the humans could step up and dispatch it easily.

Carrier’s idea was picked up and advanced by the Harvard paleoanthropologist Daniel Lieberman. “As for anatomical, genetic, and paleontological evidence, there are so many derived features of humans that make us good at running and which have no other function, they clearly indicate humans were selected for long distance running,” Lieberman wrote in an email. He has noted that those features—arched feet, short toes, wide shoulders, long Achilles tendons—seem to have originated around two million years ago, around the time when the genus Homo evolved and our ancestors began making meat a regular part of their diet. Persistence hunting, he’s argued, might have been the evolutionary driver.

Eventually, Lieberman’s ideas came to the attention of the popular author Christopher McDougall, who wrote about the theory in “Born to Run,” his bestselling 2009 book about endurance running. McDougall argued that the features identified by Lieberman explain why we like to run marathons, even ultra-marathons, and are fairly good at it. When we run distances, he implied, we are fulfilling our biological destiny. The running community, and the public generally, have embraced this idea wholeheartedly.

But the idea is a supposition. It was formulated as a way to explain characteristics humans possess. The best evidence for humans engaging in persistence hunting is merely that we have physical traits that suggest we could do so.

Henry Bunn, a paleoanthropologist from the University of Wisconsin-Madison, has said more than once that a person would have to be “incredibly naïve” to believe the persistence hunting theory. Bunn recalls that he first heard discussion of the theory at a conference in South Africa, and he realized almost immediately that if you are going to chase an animal that is much faster than you, at some point it will run out of sight and you will have to track it. Tracking would require earth soft enough to capture footprints and terrain open enough to give prey little place to hide and disappear.

When he heard of the idea, Bunn had just been in the Great Rift Valley of East Africa, one of the areas where it is thought that Australopithecus, our first upright walking ancestor, evolved into the first of the human genus. He knew the terrain was probably not soft during the time period discussed by the persistence hunting theory. And it was mixed savanna woodland, not open plain. It’s highly unlikely that primitive humans would have been sophisticated enough to track under those conditions, Bunn and his co-author, Travis Pickering, also of the University of Wisconsin, argued in their first paper questioning the persistence hunting theory.

Plus, Bunn had spent time with the Hadza, a modern-day group of people in the Great Rift Valley who are thought to live much like their ancient ancestors did. The only time Bunn ever knew the Hadza to run was when they were fleeing pelting rain, angry bees, or marauding elephants—and maybe occasionally to scavenge.

Bunn and Pickering also knew there was relevant fossil evidence: a pile of bones from the very time period in question—1.8 million to 2 million years ago—found in the Olduvai Gorge in Tanzania. The bones were discovered by Mary Leakey, the same archeologist who, with Louis Leakey, found a 1.8 million year old hominid jawbone that was once touted as the “missing link” between apes and humans. The pile contained bones of ancient waterbuck, antelope, and wildebeest that had been gathered by an early Homo group for butchering and sharing among them. Some of the bones had marks where rock choppers were used to cut the meat off.

Bunn recognized a golden opportunity. “We don’t usually get such clear-cut evidence to test something from 2 million years ago,” he said. He and Pickering thought that if they could age the different animals in that collection, they could glean whether the animals were scavenged, persistence hunted, or hunted some other way. If the animals had been scavenged or captured by persistence hunting, they likely would have been either very young or very old. Savanna predators like lions and leopards don’t chase the healthiest, fastest animals of a herd—and presumably persistence hunters wouldn’t either. Rather, they’d chase the ones that are easiest to catch.

But the researchers found that most of the animals in the collection were either young adults or adults in their prime. Of the 19 animals they could identify, only four were very young or old.

To Bunn and Pickering, that suggested the animals hadn’t been chased down. And because there were butchering marks on the bones with the best meat, it was also safe to assume that animal carcasses hadn’t been scavenged by humans after being killed by other predators; the predators surely would have taken the prime portions for themselves.

Instead, Bunn believes ancient human hunters relied more on smarts than on persistence to capture their prey. In his paper with Pickering, he suggests that our ancestors would wait in brushy, forested areas for the animals to pass by. They may have even hidden in the branches of trees, since hooved animals tend not to look up. That would have allowed the hunters to get close enough to club the animal with a sharp object.

It’s not entirely clear what that sharp object would’ve been. Sharpened wooden spears don’t appear in the archaeological record until about 400,000 years ago, and stone tipped spears didn’t appear until much later. But this much is clear, Bunn said: “In terms of the hard, archaeological evidence, persistence hunting is just flatly contradicted.”

And then there is the horse race.

Back in 1980, two Welsh men were sitting in the Neuadd Arms Hotel pub in Llanwrtyd Wells, Wales, arguing about who was faster over long distances, man or horse. Before the dispute came to blows or bitterness, they decided to settle the question with an actual race, one of 22 miles. The race was such a spectacle that it has become an annual event, each year attracting hundreds of humans and dozens of horses.

Now, there are a number of reasons why this is an imperfect test of the persistence hunting theory. Compared with most mammals, for instance, horses are actually fairly good endurance runners. And Wales is cool, not hot like the African savanna. But it is also true that the course is intentionally laid out to give the human the advantage.

So, how many times has a human won?

If the prize were a meal, the humans would be starving.

Timothy F. Kirn is a freelance writer based in Sacramento, California. He was formerly an assistant editor at the Journal of the American Medical Association, a reporter for the Rochester Times-Union in New York, and an MIT Knight Science Journalism fellow.