Did a gigantic bird really eat a Neanderthal child?

A paleontologist walks us through the details of the case. 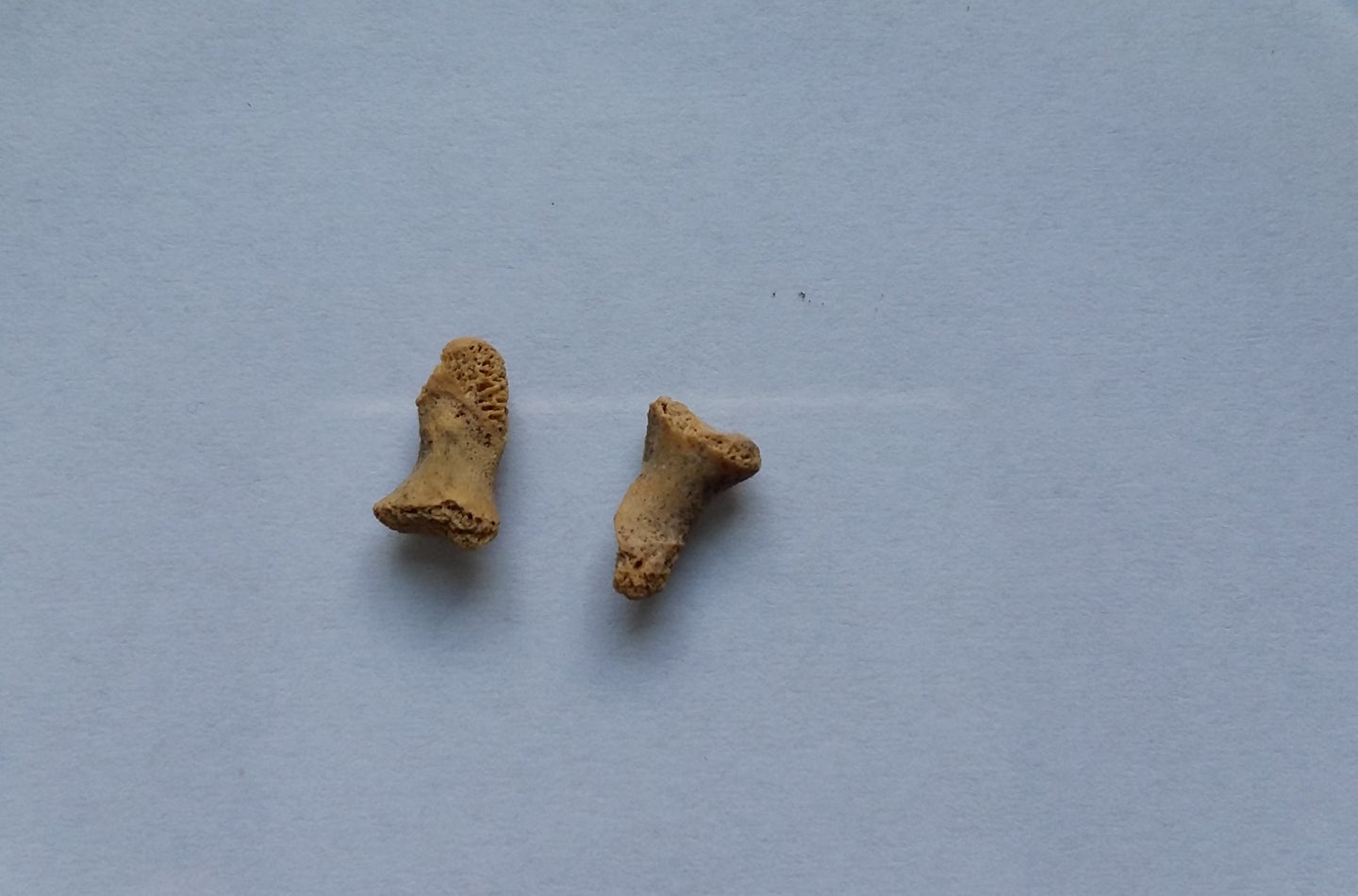 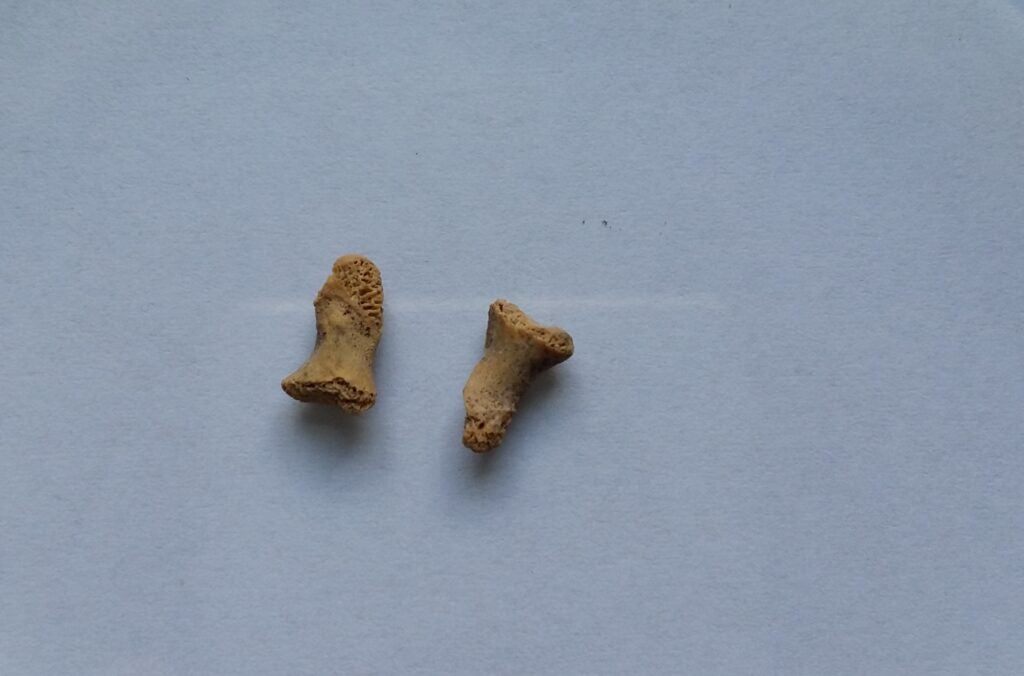 Discovered in a cave in Poland, these small finger bones from the hand of a young Neanderthal are the oldest human remains found in the country.

Last week, following an announcement from Science in Poland, a polish public information service, news reports around the web went something like this: A giant bird digested the finger bones of an ill-fated neanderthal child in Poland over 100,000 years ago. That’s an incredible amount of detail to surmise from just a few small finger bones. So is it true?

It turns out that the news release was based on research that has yet to be published in a peer-reviewed journal and won’t be until later this year. It’s impossible to judge evidence you can’t see, and the the authors of the new research declined to provide specifics before their study comes out. So we turned to a fossil expert who walked us through what it would take to get from bone to bird.

Paleontologist Yolanda Fernandez-Jalvo is an expert in taphonomy, which is, as she likes to explain it, “the forensics of fossils.” She figures out how fossils become fossils. Fernandez-Jalvo says she can’t say whether she thinks the claim made in these grabby headlines is credible. But, she says, it would be near “impossible” to reach such a specific conclusion with just the information they’ve released so far.

When she walks onto an ancient crime scene, she tries to reconstruct what happened before the creature died, what caused it to die, and what’s been happening since then.

To accurately do that, says Fernandez-Jalvo, there needs to be enough bones, rocks, sediment layers, and other shards of evidence to work with. It’s easy to misread the signs in just one or two bones, she says, so usually taphonomists work with a collection of evidence from a single archeological site. Something that looks like a clear cut mark on one bone could seem to indicate human butchering, but in reality it could actually be the result of friction against dirt.

“[One] fossil says nothing,” she says.

After assembling all the evidence, Fernandez-Jalvo can deduce whether the bones spent time in a stomach acid bath. A digested bone tends to have a corroded surface, reduced thickness, tiny cracks, and exposed spongy, cancellous tissue. This damage clusters at the ends of the bones. These clues could also be the result of run-of-the-mill soil corrosion, says Fernandez-Jalvo. And sometimes, digestion rounds and polishes bones, rather than wearing them down into swiss cheese.

To get an accurate digestion diagnosis, Fernandez-Jalvo looks at bones through a microscope. Someone with “trained eyes” can read the corrosive damage in the bone tissue fairly easily, looking for telltale signs of exposure to hydrochloric acid and stomach enzymes.

Once she determines these bones were, in fact, eaten, it’s time to figure out what digested them.

Sometimes the extent of the digestion damage offers a clue. Different animals have different levels of acidity in their stomachs. For example, hawks have a much lower pH (and therefore higher acid content) than owls. Hyenas have famously intense digestive systems, says Fernandez-Jalvo.

But this damage is an imperfect guide. How much corrosion a bone suffers may vary by animal, but also based on how much hair or skin was left on the bone when the animal swallowed it, and where it ended up in the stomach—closer to the stomach wall likely means more damage than nestled safely in the middle amongst other meal remnants.

So Fernandez-Jalvo looks to the other bones found at the site. Do they have distinctive tooth marks and show signs of being broken into lots of little pieces? That points the finger at a mammalian carnivore, like a hyena. Do the bones bear distinctive puncture marks and look wrenched from their sockets? This indicates the predator was a meat-eating bird, picking at the bones with its sharp talons and beak.

Researchers used similar methodology to figure out a large eagle killed the Taung Child, a 2.8 million-year-old human ancestor. They compared the puncture wounds on the ancient skull to the damage wrought by modern day eagles on monkeys.

It takes each of these steps, and great attention to detail, to deduce the life history of a set of ancient bones. That’s part of what Fernandez-Jalvo loves about taphonomy—by looking closely at fossils, she can learn and tell their story. But it takes a lot more than just a few small fossils.