Teaming up to explore the galaxy with an AI assist. 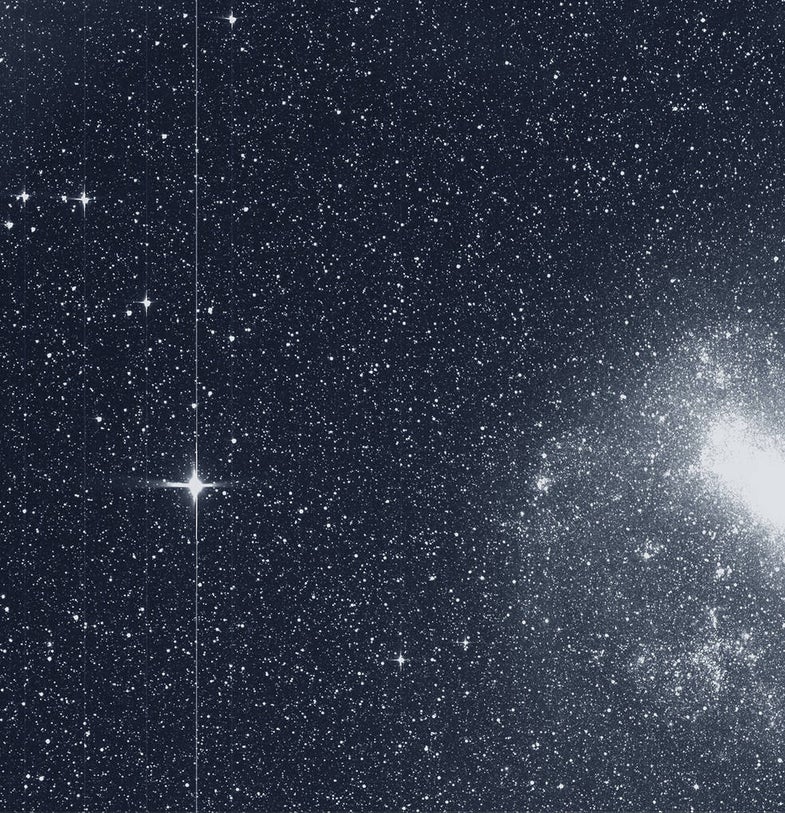 The researchers at NASA’s Frontier Development Lab (FDL) in Mountain View California just spent the summer working on out-of-this-world problems. They came from all over the globe and all different disciplines; computer science engineers, planetary scientists, even a particle physicist. For eight weeks they dug through data and maps, created worlds and atmospheres, sorted them, and tested their computer algorithms against the simulations. Their final products are still rough, but some hope they might contribute to our understanding of our own solar system, and overall efforts to find habitable—and maybe even inhabited—planets elsewhere in the universe.

The FDL program itself is now in its third year. Previous sessions have tackled problems including asteroid detection, mapping, and deflection, as well as mapping solar storms.

This year there were sessions focused on our solar system, including groups looking for ways to improve space weather predictions sponsored by IBM, KX, and Lockheed Martin. There were teams sponsored by Intel, Space Resources, and Xprize, who turned to AI to develop new ways to chart maps and routes on the surfaces of asteroids and other planetary bodies in the search for space resources. Beyond our solar system, three projects sponsored by Google Cloud looked at finding exoplanets, examining their atmospheres, and searching them for signs of life.

FDL is set up as a public-private partnership, with companies providing funding, resources, and expertise, and NASA and the SETI Institute providing data, experts, and access to facilities. While NASA got leads on potential research avenues that could help contribute to projects like the TESS telescope in the future, companies like Google got a chance to show off their technology to a room of advanced scientists and engineers—potential customers who might decide to use those products in future research projects. Part of the pitch from Google Cloud, which sponsored three of the challenges, was that their product offers a less-expensive, more-accessible option compared to existing supercomputers that might perform a similar role.

“NASA has a supercomputer, the Pleiades, but getting time on those supercomputers is really hard,” says Massimo Mascaro, Technical Director of Applied AI at Google, and one of the mentors of the project.

Google Cloud’s option won’t replace the power of a supercomputer, but it can handle vast amounts of information relatively quickly—an advantage when researchers are dealing with thousands or even millions of possible worlds.

Google has some experience with exoplanets. Last year, the tech company developed a machine learning technique that identified two of them in data collected by the Kepler Space Telescope. But with Kepler running on fumes, researchers wanted to find a way to continue that success with the next generation of planet-hunting telescope—TESS.

TESS stands for the Transiting Exoplanet Survey Satellite, and in just a few months of observation, its scientists have already identified two potential exoplanets. But the researchers working at FDL this summer didn’t have access to that data—it didn’t exist yet. Instead, they used data already gathered from Kepler and simulated TESS data. (NASA created the data before TESS launched in order to test out planet-finding techniques before they started getting the real results back.)

Using machine-learning they managed to create an algorithm able to recognize planets in the Kepler dataset slightly better than the existing programs (96 percent vs 94 percent), and created computer models that could sort out tiny signals of planets from all the background information in the simulated TESS data. Their methods are still in the development phase, but the researchers hope that they could help the TESS researchers classify planets even more quickly as data continues to come in.

Finding the planets is one step, but actually understanding what those planets are like is another issue entirely. That’s where the astrobiology challenges came in.

One team, focused on classifying planets atmospheres, actually created a simulated dataset of 3 million exoplanets—rocky worlds similar to Earth. So far, humanity has only discovered a few thousand planets outside our solar system, many of which are large gas giants. Three million planets to experiment with (even if they are just computer simulations) is valuable for exoplanet researchers, who can test their theories on the large dataset while they wait for data from TESS and other future telescopes to accumulate here on Earth.

And it’s not just professional astronomers that will have access to the planets: “Our 3 million planet data set will be available to the public,” says Molly O’Beirne, a planetary scientist at the University of Pittsburgh who worked on the team.

The team also looked at ways to figure out the composition of these small and rocky planets in detail—which can give astrobiologists an idea of whether or not a world is habitable.

The third challenge went a step farther and started looking into one of the biggest questions in space exploration: how to identify life on other planets. As it is, astrobiologists have only one example of what a planet with life could look like—this one. They created 150,000 planets with atmospheres using a software program combined with Google Cloud, and started sorting out what factors future researchers (or their computer programs) might use to identify a lively planet.

The eight-week sessions are now over, as are the late-night discussions and sleepless nights the teams of researchers endured. Now their results will be poked, prodded, and improved upon. Many won’t have another chance quite like this, where astrobiologists and computer scientists sit side by side for two months, sorting through codes and questions. But they now know what can come out of that collaboration.

Will Fawcett, a particle physicist from the University of Cambridge, is embracing that key takeaway. “You can do truly interdisciplinary research,” he says. “It is possible, and it is rewarding for both parties.”