The first fossil of a carnivorous plant 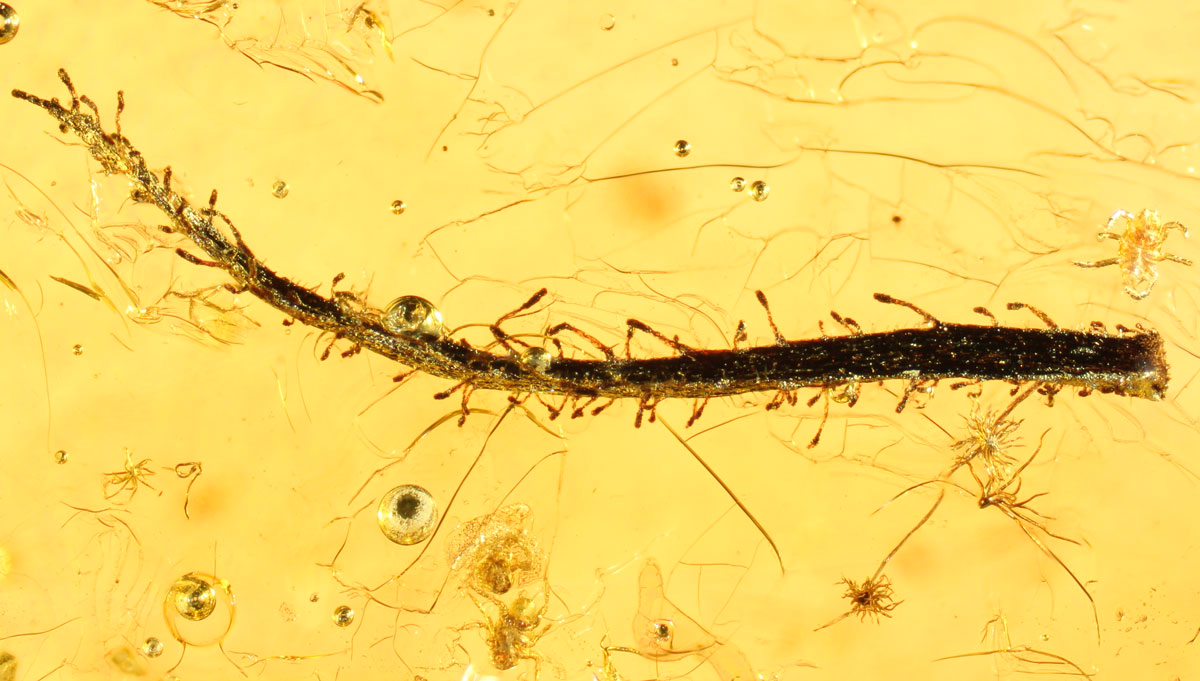 Thirty-five million to 47 million years ago, a carnivorous plant lived in what’s now Russia. The dinosaurs were long gone, but various groups of mammals were still just evolving. The plant paid most of its attention, however, to smaller animals. Its leaves sported tentacley hairs that exuded a sticky fluid, designed to trap insects.

Then, one unlucky day, two of the plant’s leaves got glopped in the sticky fluid of another plant—a tree, whose sap both killed the leaves and preserved them for human scientists to find. Now, these amber-encased leaves are science’s first examples of preserved carnivorous plant traps. Paleontologists have found preserved carnivorous-plant seeds before, but not the trapping parts of a plant, reports the team that found these pieces of amber.

Some organic matter still clings to the leaves’ tentacles, reports the team, including geologists and botanists from several research institutes in Germany. In addition, leaves look similar to the leaves of carnivorous plants alive today called Roridula plants. The leaves probably comes from an early Roridula ancestor, the team concluded in a paper it published today in the Proceedings of the National Academy of Sciences. Roridula plants diverged from the family that includes pitcher plants about 49 million years ago, so not long before this amber fossil was created.

What’s interesting about Roridula plants is that unlike pitcher plants or Venus flytraps, they don’t make their own digestive enzymes. They trap insects, but then depend on one of two species of “Roridula bugs” to eat their captured prey. Roridula bugs are insects that produce a greasy substance that lets them live on Roridula plants without getting trapped. The plant then absorbs nutrients excreted in the Roridula bugs’ feces.