Puppies beat out young wolves in one important skill

There are some tricks you just can’t teach a baby wolf. 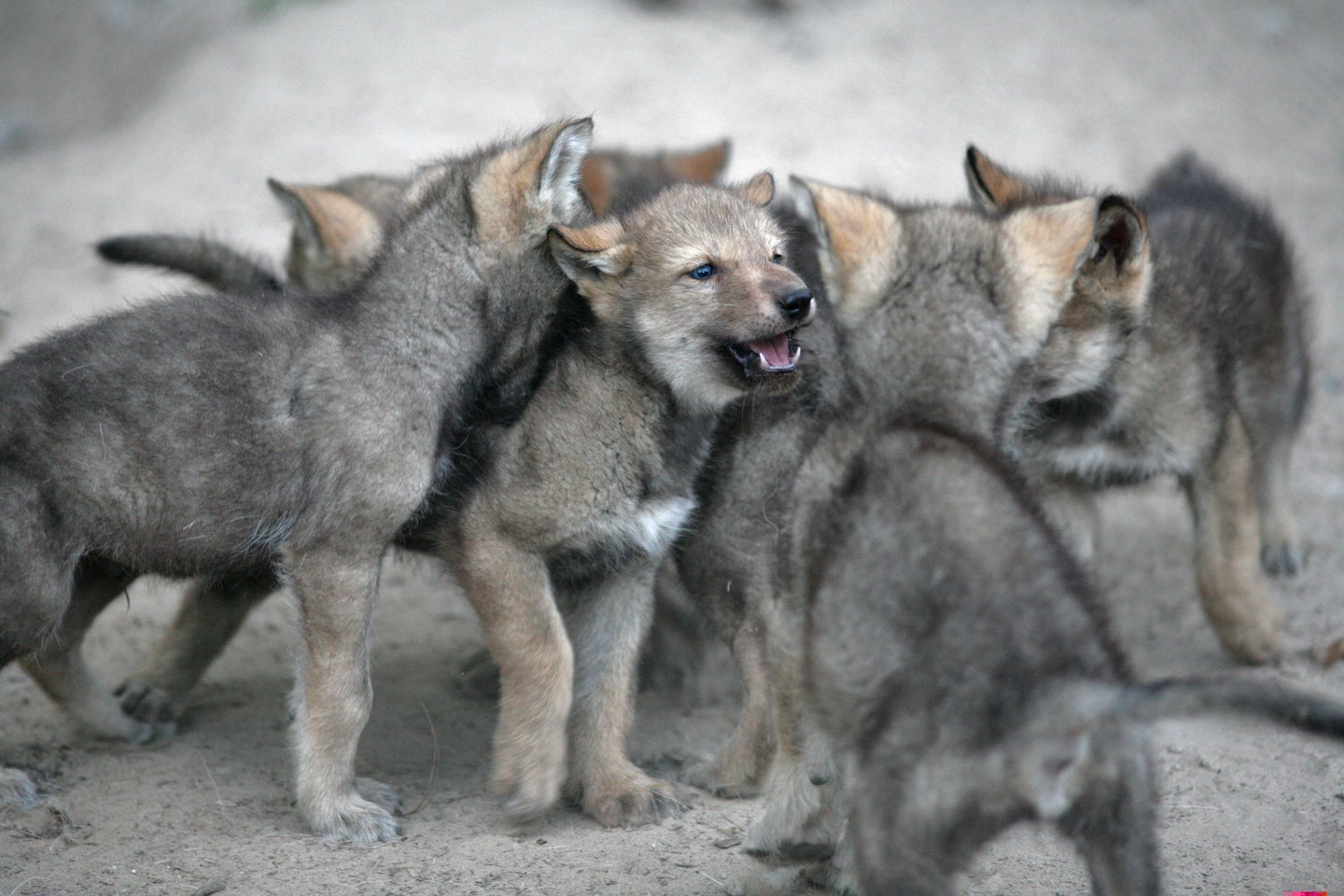 Man’s best friend is more than just a saying—it’s grounded in scientific truth. At least that’s what a study published earlier this month discovered when comparing how dog puppies and human-raised wolf puppies interact with people.

The study, published in Current Biology, found dog puppies are more attracted to humans, read human gestures like pointing more skillfully, and make more eye contact with humans than their close relatives, wolves, even when the wolf pups were reared by humans nearly from birth.

It’s the largest study thus far to investigate the domestication hypothesis, which posits that dogs’ ability to understand human communication is a product of generations of domestication, rather than training completed by one canine in a single lifetime.

“We already know that dogs have really strong social skills when it comes to cooperating with humans specifically,” said Hannah Salomons, lead author of the study and a doctoral student at Duke University’s department of evolutionary anthropology. “But the question was still out on whether this was something they inherited from their common ancestor with wolves, or something that developed when they were going through the process of domestication.”

To uncover the answers, Salomons and her team spent six years testing over 80 furry friends on a range of cognitive tests designed to measure temperament, memory, and social skills. All pups were between the ages of five and 18 weeks old, with most falling in the eight-week range.

[Related: Puppies are born ready to communicate with people]

Salomons partnered with two organizations to obtain her fluffy subjects. The first was Canine Companions for Independence, a national organization that breeds assistance dogs. These doggos, all retrievers, had minimal human interaction during their first eight weeks of scampering. Instead, they spent most of their time with their fellow littermates and birth mother.

The second organization was the Minnesota-based Wildlife Science Center, which raises orphaned wolves and occasionally breeds them for educational programs. Unlike their domesticated counterparts, the wolf puppies spent 12 to 24 hours a day in human care from about 10 days after birth up to and throughout the testing period. Caretakers hand-fed the baby wolves and even slept with them outside on mattresses.

“We wanted to raise the wolves with more human interaction than the dogs,” Salomons said. “So that if [social skills] were learned, the wolves would have every opportunity to learn that.”

“A lot of the wolf puppies were so shy with people that we weren’t even able to test them,” Salomons said. “They would just cry or bark at the gate and try to escape.”

Another test had experimenters hide food in one of two bowls and then point at the one harboring the tasty treats. After being released, dog pups were two times more likely than wolf pups to choose the bowl the experimenter was pointing at.

When experimenters placed an unfamiliar object, like a plastic teddy bear, next to the hidden kibbles instead of gesturing, dogs were still 2.5 times more likely to approach the correct bowl. They also were more likely to make eye contact with the experimenter. However, if the object was familiar, meaning it came from their playpen, dogs and wolves approached it about the same amount.

[Related: Dogs can sniff out COVID faster than PCR tests]

Additionally, when it came to memory tests, like remembering which bowl food was placed in, dogs and wolves performed the same.

The study concluded that, together, these results support the idea that as human foragers became more sedentary, they selected wolves that were more friendly and cooperative, generation after generation. Over time, then, domestication changed dog’s social cognition in a way that they were better able to communicate with humans.

“From an evolutionary perspective, this is really exciting because we find out about how domestication affects the social development of an animal’s mind,” Salomons said. “We’re also hoping that the results of our research can help us see whether any of these tests are predictive of which puppies will grow up to be the most successful assistance dogs.”

More research is needed to determine how dogs build on these innate skills over the course of their lifetime. Salomons also hopes that future research could uncover clues on how we can more efficiently train dogs to communicate with us.