Running a marathon in space made me finally appreciate gravity 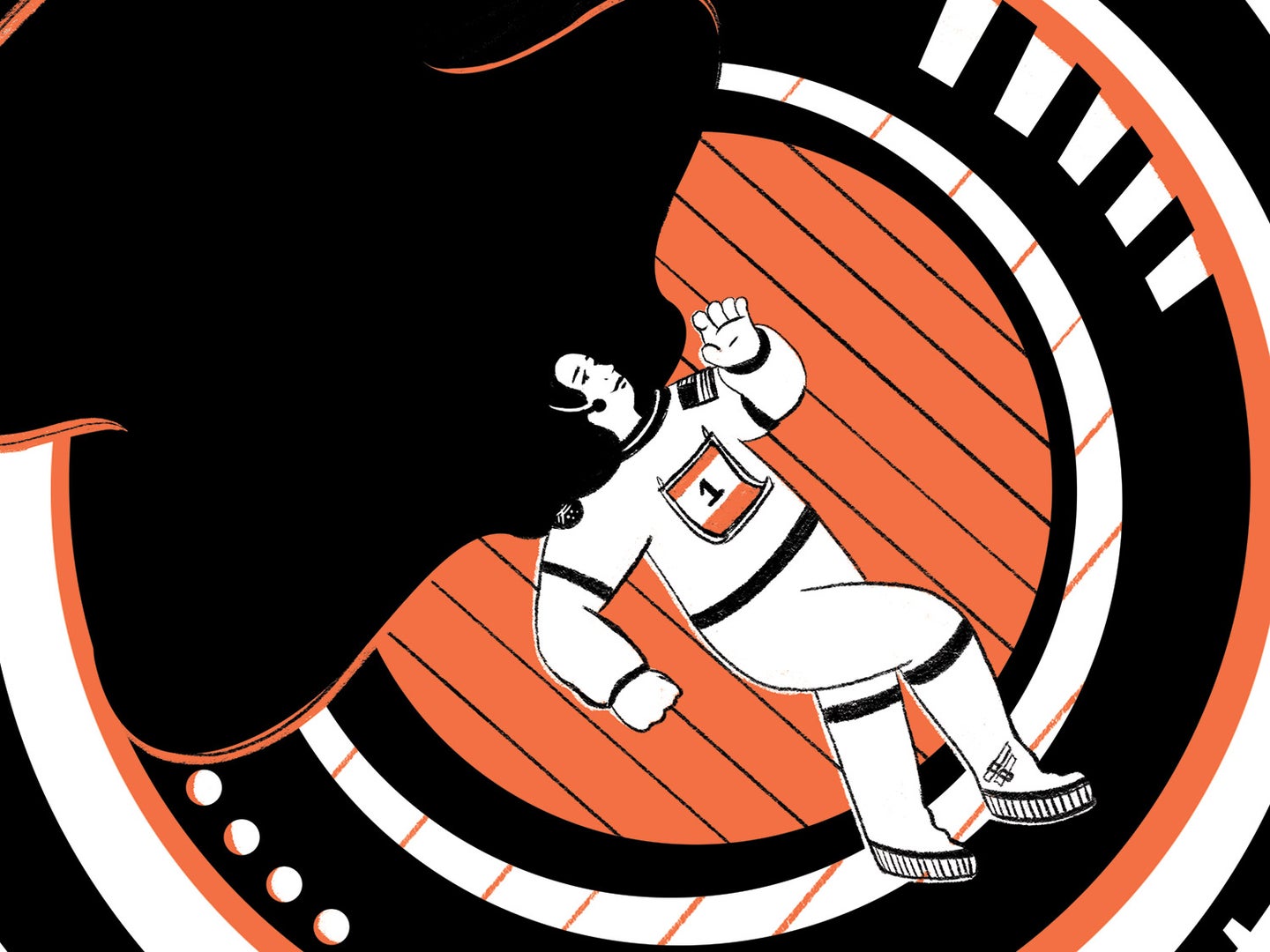 ↑ Sunita Williams, NASA astronaut
Once you leave the world of gravity, your bone density and muscle mass begin to decrease. To prevent this, astronauts in space have to spend about two hours a day working out. While I was on the International Space Station in 2007, I often used a treadmill for this purpose. I just happened to qualify for that year’s Boston Marathon. So I thought, Why not run it in space?

There isn’t enough gravity to keep you from floating off the treadmill on the ISS. On the day of the marathon, I strapped in with a ­bungee-​type harness that physically pulled me to the surface. At some points, the strap was so tight that my entire right leg went numb, which was a lot different than the typical muscle aches a runner experiences on Earth. That wasn’t the only quirk of my orbital marathon. By the middle of the race, my clothes were soaked in sweat—but with no wind to dry it, the perspiration just kind of stayed there. Even snack breaks were different: A fellow astronaut cut up oranges (brought up from Earth earlier that week) and tossed the slices at me. I tried to catch them as they floated by, but I ended up missing most of the fruit.

Other things were the same. Like most marathon runners, I felt terrible at the 21-mile mark. Astronauts actually experience a similar feeling during a spacewalk, which is a 6.5-hour exercise session: You get super-exhausted right before you’re done. In both cases, I had to gut it out to push through and finish the task.

As told to Claire Maldarelli