Is This New Study the Nail in the Coffin of “Arsenic Life”? 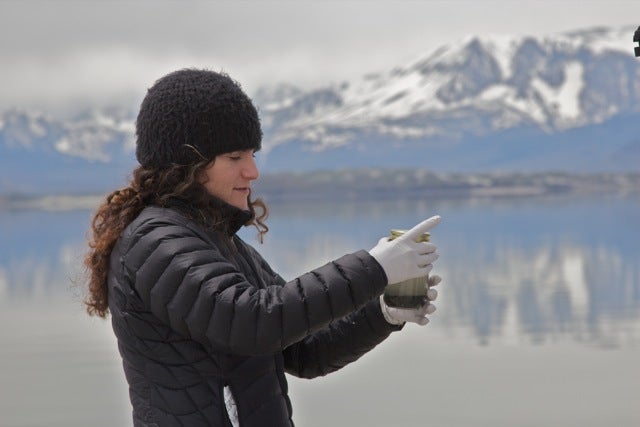 Microbiologist Rosie Redfield, at the University of British Columbia in Vancouver, spent several months trying to reproduce the results of an experiment conducted by a team led by Felisa Wolfe-Simon (see the feature “Scientist in a Strange Land” I wrote for PopSci in October.) In the original paper, published in the online edition of the journal Science in December 2010, Wolfe-Simon and her team suggested that a bacterium called GFAJ-1 could substitute arsenic, poisonous for most life forms, for phosphorus, considered an essential element for all living cells.

The finding, which was extensively promoted by NASA (whose Astrobiology Institute funded the research), jolted the scientific community, since it contradicted long-accepted rules of biochemistry. Within days of the announcement researchers began to question Wolfe-Simon’s methodology and conclusions. Bypassing peer-reviewed periodicals, many voiced their criticisms directly on blogs and Twitter.

“When the manuscript is reviewed I’ll make myself available for comment,” says Oremland, “if I’m not too busy eating crow.”Among the most vociferous critics was Redfield, whose blog, RRResearch, became a clearinghouse for challenges to the paper. After Wolfe-Simon’s team sent GFAJ-1 samples to Redfield, Redfield put the results to the test, documenting her progress in an open online notebook to advance what she calls “the cause of open science.”

Redfield now says her failure to reproduce Wolfe-Simon’s results is a “clear refutation” of key findings from the paper. Thus far, Wolfe-Simon is not retreating from her team’s conclusions. “We do not fully understand the key details of the website experiments and conditions,” Wolfe-Simon wrote in an e-mail to Nature. “So we hope to see this work published in a peer-reviewed journal, as this is how science best proceeds.”

The paper’s principal investigator, Ronald Oremland, said the results “don’t look encouraging,” but that he would withhold further comment until Redfield’s manuscript has gone through the peer-review process. “Sounds like I’m dodging the issue, which I am,” says Oremland, a senior scientist with the U.S. Geological Survey in Menlo Park. “When the manuscript is reviewed I’ll make myself available for comment–if I’m not too busy eating crow.”

Steven Benner, an early skeptic of the paper who heads the Foundation for Applied Molecular Evolution, says the new findings offer a “pretty definitive” refutation of the arsenic life hypothesis, but that Redfield’s methods still leave Wolfe-Simon and her defenders some room to argue.

For instance, Redfield says she was unable to grow any GFAJ-1 cells entirely without phosphorus. Because Wolfe-Simon didn’t explain how much phosphorus was used to grow the bacteria in the original experiments, her team could argue that Redfield’s cells were not sufficiently phosphorus-deprived to be forced to substitute arsenic.

Wolfe-Simon, who was fired from Oremland’s laboratory in 2011, is now based at the Lawrence Berkeley National Laboratory, where she continues to look for arsenate in GFAJ-1 metabolites, as well as the assembled RNA and DNA. Redfield says she doesn’t plan to conduct any additional experiments on GFAJ-1.

“This isn’t my main interest,” Redfield says, “and I don’t have grants to pursue it. I did it partly to demonstrate my commitment to open science, and partly because it really pissed me off. This paper was just such bad science, it was an outrage to all of us who have spent decades doing careful good research and who would love to have a paper published in Science. It felt like a slap in the face, to see this sort of wishful thinking published; it was really unfair.”