After Pregnancy, Many Women Have Bits Of Male DNA In Their Brains

Carrying a male fetus found to cause microchimerism 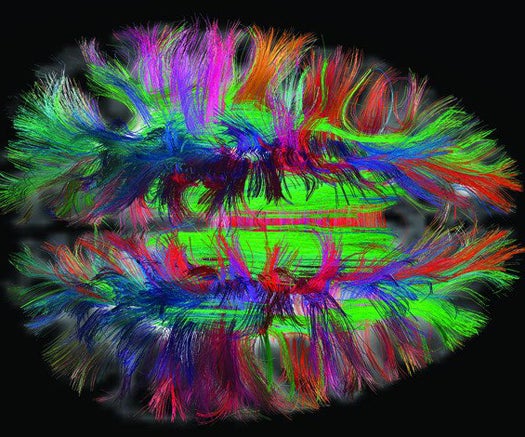 Mothers aren’t just emotionally connected to their sons. A new study shows how genetic material can be passed on from fetuses during pregnancy, travelinging through the human blood-brain barrier and settling in–and it might be relatively normal, too.

Researchers took brain autopsies from 59 women between the ages of 32 and 101; a full 63 percent had the genetic material inside (the oldest woman found with an example of it was 94). The condition is known as a type of microchimerism, and it might’ve stayed with the women from their pregnancy, all the way until they died.

That’s a small sample, so it’s tough to draw direct conclusions on the health effects–positive or negative–that are related to it. Thirty-three women in the sample had Alzheimer’s; the other 26 were neurological-disease-free. But that doesn’t mean we’re completely in the dark about microchimerism. From a statement on the study:

However, other Hutchinson Center studies of male microchimerism in women have found it to impact a woman’s risk of developing some types of cancer and autoimmune disease. In some conditions, such as breast cancer, cells of fetal origin are thought to confer protection; in others, such as colon cancer, they have been associated with increased risk. Hutchinson Center studies also have linked lower risk of rheumatoid arthritis to women who previously had given birth at least once as compared to nulliparous women.