After decades of research we (mostly) know the answer 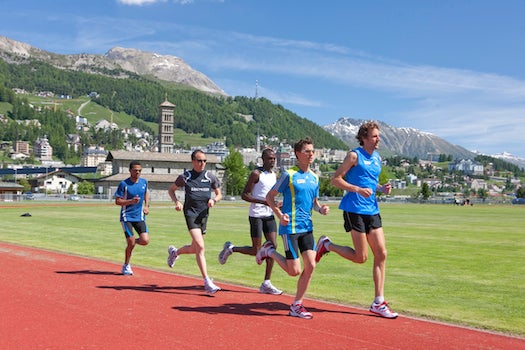 It’s widely assumed that training on top of a mountain will give an athlete a major leg-up when competing closer to sea level. But it turns out it’s not quite that simple, and in fact, athletes are discouraged from conducting training exclusively at high altitudes. How much altitude training helps, and how to tweak the finer points of a high-altitude training regimen are questions still under consideration. It’s not nearly as simple as running on a mountain, coming down, and feeling prepped for your marathon. Today’s altitude training cycle comes from decades of trial and error–and it doesn’t work the way you’d think.

Altitude training started becoming trendy with athletes after the 1968 Olympics. In the 7,000-plus foot domain of Mexico City, some athletes thought training there improved their performance, or that Olympians who lived at that elevation did especially well. Athletes tried training at high altitudes and then competing back near Earth, but no significant advantage seemed to be gained from it. In the early 1990s, researchers Ben Levine and Jim Stray-Gundersen came up with a widely discussed, still slightly controversial theory: “live high, train low.” It’s just what it sounds like: live at high altitude, but when training, get (relatively) low.

The logic of the method goes like this. An athlete who lives somewhere near sea level moves to a higher altitude. In order to compensate for the thinner air, their body produces more erythropoietin, a hormone that tells the system to create red blood cells, which are in charge of carrying oxygen to working muscles. Those extra blood cells running through the athlete’s muscles could help increase endurance enough to change the outcome of a race. When training at the lower altitude, they can also train harder with help from the red blood cells, increasing strength and endurance.

But there’s a problem: At that altitude, the athlete used to sea-level conditions will have to train slower and use less oxygen. In turn, they’ll be working at a lower level than usual and lose strength. The red blood cell count will help acclimate them to the higher altitude, but the lighter training will balance the equation, so the loss of muscle strength is enough to negate any help gained from a higher red blood cell count. In 1998, Levine explained to the New York Times that humans can never totally compensate for the altitude, and so they won’t be training at their potential. That’s what makes live high, train low a vast improvement by comparison: the person living at high altitude but training low can train as hard as they always do, and not have to first take a step backward in their training so they can increase their red blood cell count.

That’s still the basic premise of altitude training, used today by endurance athletes around the globe. But the finer points of the system are still in question, as is just how much the system can help. Robert Chapman, a professor in the kinesiology department at Indiana University, has done work for the U.S. Olympic Committee and USA Track & Field on the live high, train low method, and his controlled groups have shown between a 1 and 1.5 percent improvement over athletes training below 4,000 feet in distances above 5,000 meters. “In the world of elite level athletics,” he says via email, “1 percent is massive.”

Chapman says his research has also reveled how different athletes react to this training method. One might start pumping out the erythropoietin while another doesn’t. Some might use a lot less oxygen at higher altitudes, others might not. The 1 to 1.5 percent is a mean, but for individuals that might be as high as 5 percent, while the process could make others worse off. The research has also given some idea on what the specifics of the training should look like, albeit with some gray areas he’s still investigating with his lab. For athletes, he recommends living at a minimum of 7,000 feet above sea level for at least 28 days, then getting down to 4,000 feet for the harder workouts. But the data is mixed on when to compete after coming down: the first 48 hours seems good, but so does about 21 days later.