FYI: Why Does Cheese Taste Better When It’s Melted?

It’s largely about how it feels in the mouth. Once a piece of cheddar has been heated to around 150°F,... 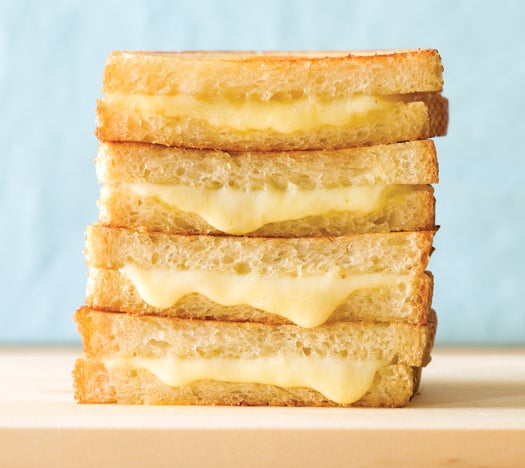 It’s largely about how it feels in the mouth. Once a piece of cheddar has been heated to around 150°F, the matrix of milk proteins that provide its structure begins to break down, and the cheese takes on a creamy texture that many people find appealing.

What defines creaminess, and why do people find it so appetizing? That’s a mystery. But a group of scientists based in the Netherlands, using experimental vanilla custard, found that the dessert’s creaminess depends on factors including its viscosity, homogeneity, and texture and surface appearance. One of the scientists, René de Wijk of Wageningen UR’s Food & Biobased Research division, says test subjects were especially inclined toward custards that produce lower friction in the mouth. The same factors may apply to cheese, de Wijk says. Harold McGee, author of On Food and Cooking: The Science and Lore of the Kitchen, adds that the warmth of melted cheese provides its own source of pleasure.

Taken together, all the sensations associated with melted cheese—smoothness, gooeyness, and warmth—connote a fatty treat. And humans love fat. Ivan de Araújo, a researcher at Yale, has studied how the nervous system responds to fatty foods. Possibly as a result of evolution or individual learning, he says, receptors in our mouths are keyed in to the texture of oily, calorie-dense foods. “And that perception may be an indicator, either innate or not,” he says, “of the presence of fat.”

tl;dr: Our nervous system is stimulated by creamy textures.