The process that created Dolly the sheep in 1996 has now been proven successful in humans. 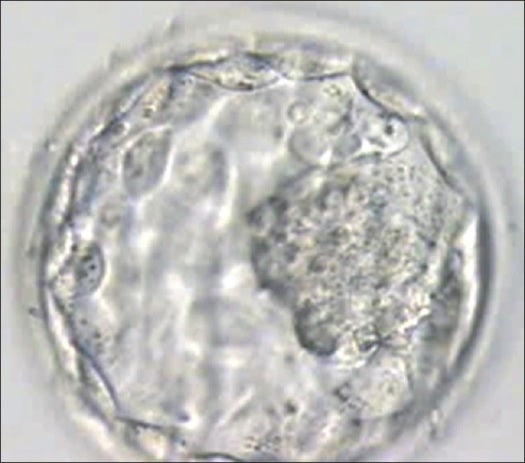 Human cloning has arrived. For the first time, scientists have made an embryonic clone of a person, using DNA from that person’s skin cells. In the future, such a clone could be a source of stem cells, for super-personalized therapies made from people’s own DNA.

It’s unlikely that this clone could develop into a human, say the scientists, a team of biologists from the U.S. and Thailand. The team plans to publish a paper in the future detailing why not, Nature reported. Previously, the team conducted this entire process, including a technique called somatic cell nuclear transfer, in monkeys. Those monkey embryo clones always died before they could grow into adult monkeys.

“While nuclear transfer breakthroughs often lead to a public discussion about the ethics of human cloning, this is not our focus, nor do we believe our findings might be used by others to advance the possibility of human reproductive cloning,” Shoukhrat Mitalipov, the clone research’s lead scientist, said in a statement. Mitalipov is a biologist who studies cells and development at the Oregon Health and Science University.

This is a feat that’s been a long time coming. The world even got a bit of a tease of it nearly a decade ago, in 2004 and 2005, when Woo Suk Hwang of Seoul National University said he’d made human clones. It turned out Hwang was lying.

Now, Mitalipov and his team have made clones using the same basic technique that created Dolly the cloned sheep in 1996. The scientists took skin cells’ nuclei—the centers of the cells, where the cells keep their DNA—and transplanted them into eggs that had their own genetic material removed. They then grew the eggs for a few days, harvested the daughter cells that appeared, and created a cell line, or a colony of cells that reproduces stably. The stem cells in the cell line could become several different types of adult cells, just like natural stem cells.

In the future, stem cells made in this way will compete with another method of creating personalized stem cells. Researchers previously showed they are able to transform adult skin cells directly into stem cells, with no stop for a transfer into an egg along the way. Such cells are called induced pluripotent stem cells, or iPSCs, and they don’t require the creation of embryos.

Want to learn more? Mitalipov and his colleagues published a paper about their work today in the journal Cell. Nature has great reporting on the breakthrough, with a little more scientific nitty-gritty.