Study offers hope for men who are infertile, but there's still a long way to go 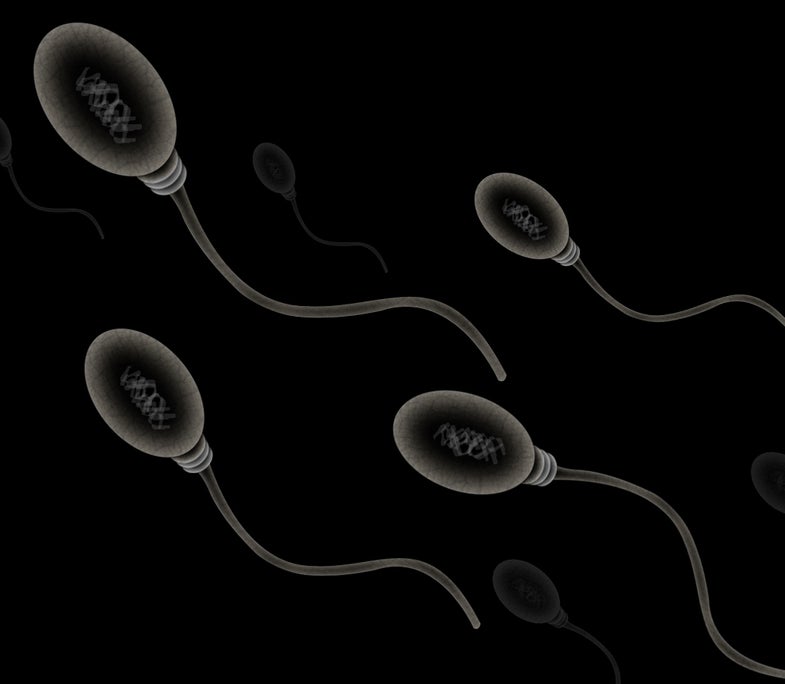 Scientists in China have successfully made mouse sperm cells from embryonic stem cells. These “spermatid-like cells” were used to successfully fertilise mouse egg cells and produce healthy fertile offspring. This is a significant breakthrough and makes the possibility of generating functional sperm for men who are infertile that bit closer. But there is still a long way to go.

All mammals, including mice and humans, reproduce sexually and so rely on the fusion of gametes (eggs and sperm). But, in order to achieve fertilisation and sustain subsequent embryonic development, both male and female gametes must have undergone the long and complex procedure of multiplication, growth and maturation.

An absolute requirement for the generation of healthy offspring is the production of haploid gametes: gametes that contain half the number of chromosomes as other cells. These haploid gametes unite upon fertilisation to generate a new euploid organism with a complete set of chromosomes. In the human each egg and sperm has 23 compared to all other cells which contain 46 chromosomes.

The generation of haploid gametes relies on a highly regulated cell division process, which is specific only for germ cells and occurs in the gonads (the ovaries and testes). The process is known as “meiosis”.

Reconstruction of male and female gamete development in culture from either embryonic stem cells or induced pluripotent stem cells (adult cells that are reprogrammed to a state similar to an embryonic stem cell) remains a great challenge in reproductive biology. Mouse primordial germ cells (the precursors of sperm and eggs), produced in a dish, have been shown to complete meiosis and develop into sperm only after being transplanted into the testes. In humans, however, there is concern that transplanting primordial germ cells into the testes could cause a tumour to develop so functional sperm cells have to be developed in vitro.

Despite some previous reports of haploid sperm cells being generated in vitro from stem cells, the study by Quan Zhou and his team at Nanjing Medical University, is the first to describe complete in vitro meiosis, fulfilling all the gold standard criteria proposed for in vitro derived gametes.

The researchers grew embryonic stem cells together with cells from mice testicles and exposed them to chemicals and hormones that encouraged them to form sperm. The resultant sperm, or spermatid-like cells, were then injected into mouse eggs and yielded high fertilisation and embryo formation rates (over 90%). Healthy pups were born, which developed normally into adulthood and then had offspring of their own.

Overall, this is a study with encouraging findings that demonstrates the feasibility of producing sperm cells from embryonic stem cells under purely in vitro conditions. This brings hope to men who are unable to produce sperm either as result of congenital problems, such as Sertoli-only cell syndrome where the cells that produce sperm do not form, or from surgery, infection or cancer treatments. It may even help men who produce poor quality sperm.

There are obvious limitations, however – and several issues that need to be addressed in future studies before we can offer these men any real hope. One of the most important is that the team were not able to produce mature spermatozoa. Some men who have no sperm in their ejaculate (azoospermia) do have sperm in their testicles, which can be surgically recovered but in many cases the sperm is immature and known as a spermatid.

In the human, data from the use of spermatids injected into eggs using ICSI (intracytoplasmic sperm injection) are far from encouraging as pregnancy and live birth rates are disappointingly low. In the study by Zhou, the birth rate in control mice using in vivo round spermatids was only 9.5% and was even lower (about 2.8% live births) after the use of the embryonic-stem cell derived spermatid-like cells.

Also, the work was conducted in mice and there is evidence that there are differences at these early stages of egg and sperm development between mice and humans. So it would be premature to extrapolate the results to humans.

These observations show that we are still a long way from achieving adequate efficiency and safety for this new technique in humans. However, the findings of this new study show that in vitro production of functional spermatid from embryonic stem cells is constantly improving. It will surely form the basis for future studies in this constantly evolving and fascinating field of regenerative medicine. At least there is some light at the end of the tunnel and the team from Nanjing Medical University should be congratulated for achieving this breakthrough.