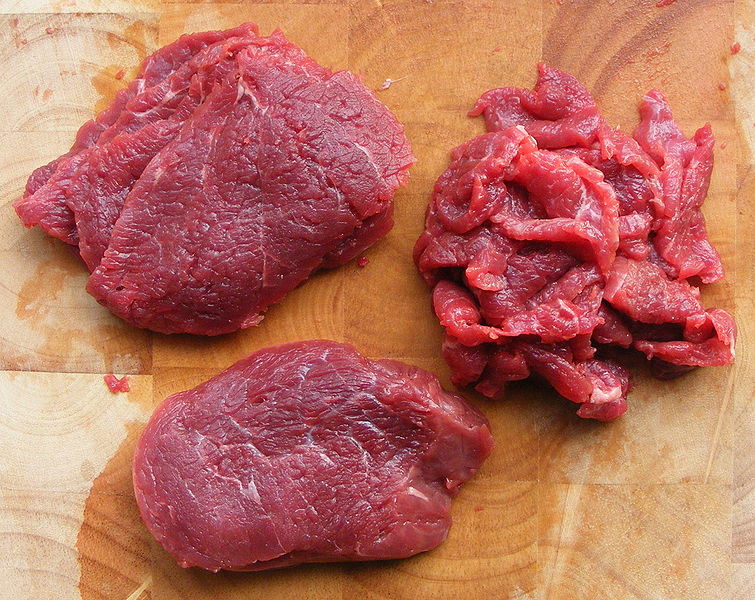 Billionaire Peter Thiel would like to introduce you to the other, other white meat. The investor’s philanthropic Thiel Foundation’s Breakout Labs is offering up a six-figure grant (between $250,00 and $350,000, though representatives wouldn’t say exactly) to a Missouri-based startup called Modern Meadow that is flipping 3-D bio-printing technology originally aimed at the regenerative medicine market into a means to produce 3-D printed meat.

We’ve seen stuff kind of like this before. The larger idea here is to use cultured cell media to create a meat substitute that will satisfy the natural human desire for animal protein minus the environmental (and ethical) impacts of industrial scale farming. And by using 3-D printing technology, Modern Meadow might even be able to make it look like the real thing, though we’re somewhat skeptical even the best-looking faux fillet is going to stand up to the real deal.

It’s also going to be expensive, though Thiel and Modern Meadow hope that by developing a mature technology that can scale they will be able to bring costs somewhat in line with average meat prices. They’ve got a ways to go. Last time we visited the butcher meat was selling in bulk and by the ounce. CNET reports that Modern Meadow’s short-term goal is to create a single small sliver of its meat substitute less than one inch long.