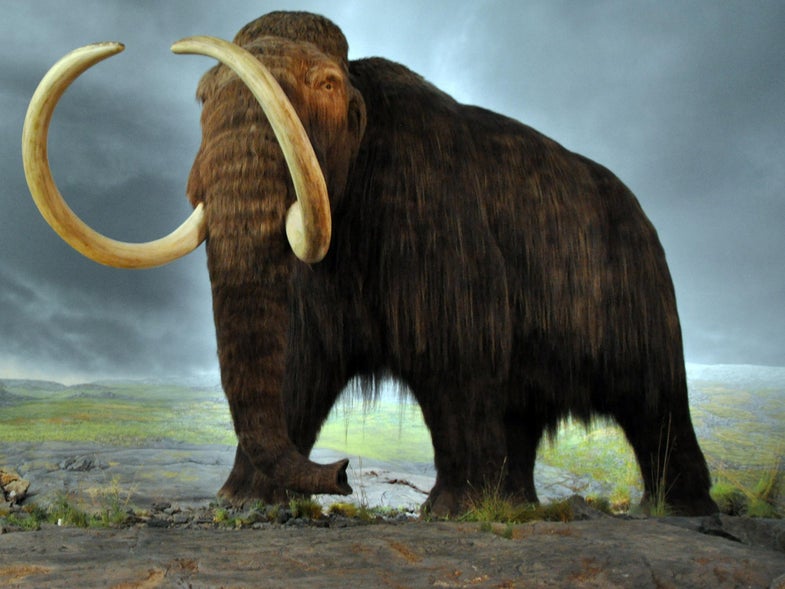 A group of researchers are getting closer to bringing the extinct woolly mammoth back to life. Geneticist George Church’s lab at Harvard University successfully copied genes from frozen woolly mammoths and pasted them into the genome of an Asian elephant.

Using a DNA editing tool called CRISPR, the scientists spliced genes for the mammoths’ small ears, subcutaneous fat, and hair length and color into the DNA of elephant skin cells. The tissue cultures represent the first time woolly mammoth genes have been functional since the species went extinct around 4,000 years ago.

The research has not yet been peer-reviewed or published in a scientific journal “because there is more work to do,” Church told the U.K.’s Sunday Times, “but we plan to do so.”

The work is part of an effort to bring extinct species back from the dead, a process called “de-extinction”. The recent breakthrough shows that one proposed de-extinction method–which involves splicing genes from extinct animals into the genomes of their living relatives–just might work. But don’t believe the headlines suggesting woolly mammoth cloning is just around the corner. Church explained to Popular Science that there’s a lot more research to be done.

“Just making a DNA change isn’t that meaningful,” says Church. “We want to read out the phenotypes.” To do that, the team needs to figure out how to take the flat hybrid cells from a petri dish and coax them into becoming specialized tissues–such as blood cells or liver organoids–then test to see if they behave properly. For example, do the mammoth hair genes lead to hair that’s the right color, length, and woolliness?

If those tests go well, the team hopes to turn the elephant/mammoth skin cells into hybrid embryos that can be grown in artificial wombs, devices that allow for pregnancies outside of an animal’s uterus. Artificial wombs are pretty speculative at this point, but the alternative–implanting the hybrids into the wombs of female elephants–is unsavory to animal rights activists as well as geneticists. “It’s going to be more humane and easier if we can set up hundreds of [embryos] in an incubator and run tests,” says Church.

If they can get the hybrid creatures to survive, the project’s first goal will be to engineer an elephant that can survive in cold temperatures. The team thinks that expanding the elephant’s range into colder climates could help keep it away from humans and the conflicts that are threatening to make Asian and African elephants extinct. Later, after the engineered elephants gain a foothold, Church says the team will try to revive the mammoths by integrating higher amounts of mammoth DNA into the hybrids.

Of course, it’s possible the mammoth genome will never be completely reconstructed, and the creatures will only remain elephant/mammoth hybrids. But if it looks like a mammoth and fulfills the same ecological functions as a mammoth, is it a mammoth? What even is a mammoth, anyway?