Zapping Testicles With Ultrasonic Pulses Shown To Be Effective Contraceptive

An ultrasound zap to the testicles can stop the production of sperm, reducing overall sperm count to a level that... 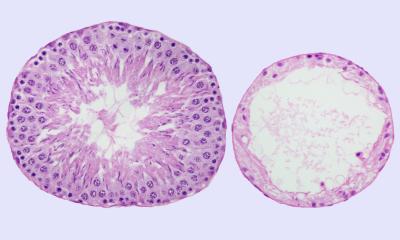 An ultrasound zap to the testicles can stop the production of sperm, reducing overall sperm count to a level that would render males infertile, according to a new study involving rats. Further studies are still needed to test how long this new contraceptive method would last, and whether infertility could be reversed. But for the researchers studying rat and monkey testicles, the early results are pretty gratifying.

Researchers at the University of North Carolina School of Medicine rotated high-frequency ultrasound transducers around the testes of rats. They put the animals’ testes in a cup full of saline solution to provide better conduction between the transducer and the skin. Then they measured the animals’ sperm counts to see how much they dropped. After several tests, scientists led by James Tsuruta found the ideal therapy was two 15-minute sessions, two days apart, which led to a dramatic reduction in sperm.

This was all pretty promising, so the foundation that funded the rat study commissioned a second study in monkeys. Researchers at the University of California-Davis fiddled with the numbers and found three 30-minute sessions two days apart reduced sperm counts for six weeks. Lead researcher Catherine VandeVoort said it was rough going:

“The monkeys didn’t seem to mind the treatment a bit, but we were having a rough time of it. Thirty minutes of treatment three times a week is a lot of monkey testicular massage. We felt pretty silly, and it didn’t help when the techs would come around and wonder what kind of research we were doing. We were relieved when we finally saw an effect,” she said, in this amazing press release from the Male Contraception Information Project.

Scientists first studied ultrasound for contraception back in the 1970s, testing it on rats, monkeys, dogs and men. But other researchers who later tried to duplicate those results were stumped, and some reproductive health scientists dismissed it as hooey. Ultrasonic therapy languished for several years before Tsuruta and others resumed working on it.

Lots more studies would need to be done to make sure this is a safe method of contraception, however. There are concerns about the duration of treatment, and there could be adverse sexual effects. The sperm that come back might be damaged, which could impact embryo development after fertilization, other researchers said. So it’s not a male birth control method, at least not yet. The rat study was published Monday in the journal Reproductive Biology and Endocrinology. 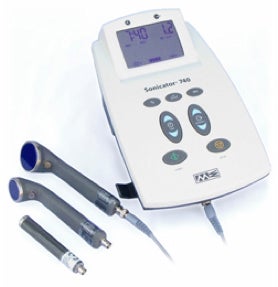 This is the Mettler Sonicator, the ultrasound unit used to zap rat testicles in a study on male contraception.