The string of atolls has switched fully from expensive and environmentally harmful diesel generators to solar energy. 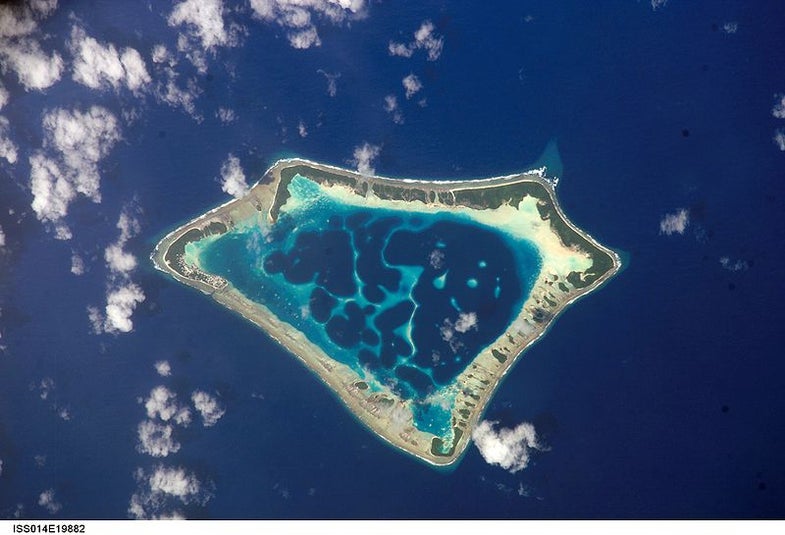 The remote island chain of Tokelau, positioned between New Zealand and Hawaii in the Pacific, suddenly has a significant claim to fame. Tokelau has become the first territory able to meet all of its electricity needs with solar power, officials say, completely weaning the string of atolls off of the diesel generators it has relied on for decades.

Tokelau–which is made up of the Atafu, Nukunonu, and Fakaofo atolls–is administered by New Zealand, and it was New Zealand that made the $7 million investment in the territory’s energy future. With solar stations on all three atolls (the last of which was completed this week) the three main atolls now have the renewable energy capacity to meet the electricity needs of all of Tokelau’s 1,500 inhabitants.

That doesn’t necessarily make Tokelau a model for the future, but it is significant for a few reasons. It’s true that a remote, sunny island chain with 1,500 inhabitants is not a fair analog for the world’s densest cities, or even its less dense regions that are more developed. But remote regions of the world need energy too, and they often get it through running dirty, inefficient diesel or gasoline generators that suck up economic resources while adversely impacting the environment. Plus there are high transit costs–financial and environmental–associated with the transport of liquid fuels to remote areas (like the middle of the Pacific Ocean).

So the investment in solar, should the maintenance costs remain below a certain threshold, will not only pay environmental/ecological benefits but will also free up economic resources for social and economic development on Tokelau. It’s not a cure-all or a model for the rest of the world, but a demonstration that in the right situation renewables like solar can make perfect sense.