The "Edison of our age" invented the nickel-metal hybrid battery and helped develop solar panels, rewritable CDs, and flat-panel displays. 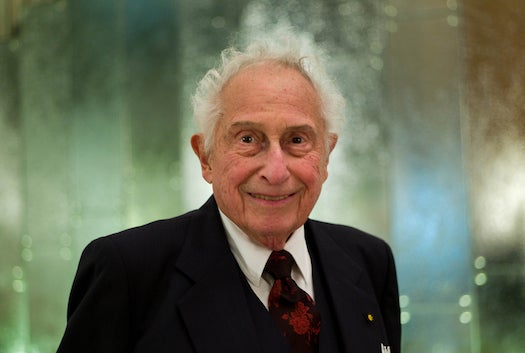 Stanford R. Ovshinsky, a self-taught, inventive genius who revolutionized the field of semiconductors, died of prostate cancer on Wednesday at the age of 89.

Though he never went to college, Ovshinsky invented the nickel-metal hybrid battery and helped develop solar energy panels, rewritable CDs, and flat-panel displays. The Economist once called him “the Edison of our age.” He was an early advocate of alternative energy and was one of the first to champion hydrogen fuel cells as an alternative to the internal-combustion engine.

In April 1978, PopSci published a story about “Ovshinsky’s strange devices”: semiconductors made from glass that could overturn the rules of solid-state physics. Read on for an excerpt.

“Colorful” and “controversial” are the words usually employed to describe Ovshinsky. Neither makes him happy. He says he wants to be regarded as just another face in the scientific crowd. But Stan Ovshinsky has a way of making headlines.

Just a few weeks before I interviewed him, he announced at a press conference (in the British House of Commons, no less) that he had created a family of materials that can make solar electricity cheaper than electricity from coal, oil, or nuclear plants. The demonstration by Dave Strand, an ECD employee, was just one of a daylong series of displays of products that Ovshinsky describes as revolutionary. And before I left, Ovshinsky told me that devices based on his material have the capability of replacing everything on which today’s solid-state physics is based.

Read the full story in our April 1978 issue.