The M/V Auriga Leader is the world’s first solar powered cargo ship, which uses solar panels to provide up to... 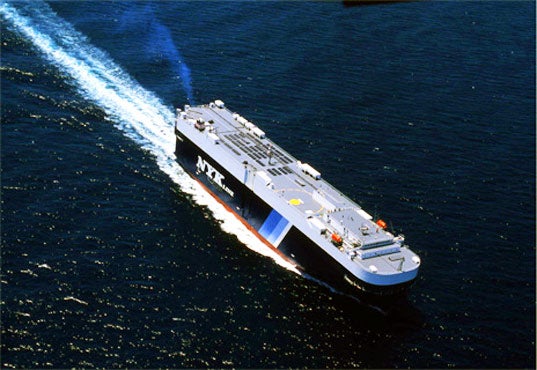 The M/V Auriga Leader is the world’s first solar powered cargo ship, which uses solar panels to provide up to 10 percent of the ship’s power. Working alongside Toyota and NYK Line, the ship will be used to transport 6,400 cars while using less diesel fuel.

328 solar panels are mounted to the ship’s top deck car carrier, which help power the ship’s main electrical grid both at sea and in-port. M/V Auriga claims it will help cut down on emissions and raise fuel efficiency. The solar rig is able to generate up to 40 kilowatts, roughly enough to power 10 homes. Inhabitat sees this as a positive step for an industry whose work has some of the worst effects on the environment.

The M/V Auriga Leader is currently docked in the Long Beach Port and is open for public viewing. [GCaptain and LA Times via Inhabitat]