But Congressmen have a plan to revamp the space agency so it runs more efficiently, like the FBI. 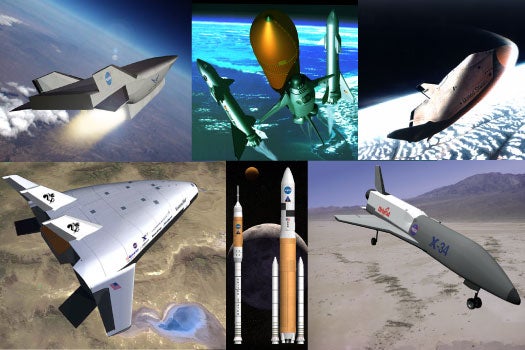 Last week, several Congressmen from the House of Representatives introduced a bill (PDF) that, if passed into law, would restructure NASA’s leadership. The new law would take away most of the President’s control of the space agency and give it to a to a Board of Directors, and would also institute a 10-year term for NASA Administrators, just like they have in the FBI.

At the press conference, the Congressmen introducing the bill said they thought it would serve to straighten out NASA’s long-term goals, and cited the $20 billion the agency has spent on projects that were ultimately canceled: 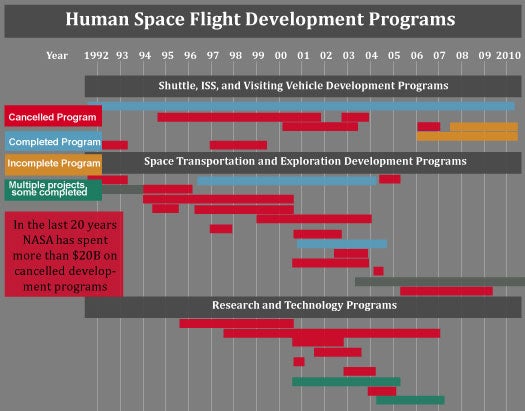 Twenty billion is nothing to sneeze at, though it’s worth noting that the Department of Defense has spent over $46 billion in canceled weapons programs over the last decade alone. That’s over twice what NASA wasted, in half the time. Or, to put it another way, the DoD has lost over four times as much money to canceled projects as NASA.

Whether or not the new bill would help NASA get its own priorities straight (and keep them there), we may never find out: According to SpaceNews.com, a website run by the company Imaginova, policy experts in Washington say that the legislation is likely dead on arrival.