At first, the controversy over NASA’s arsenic-loving bugs centered on whether the space agency had found aliens. A week later,... 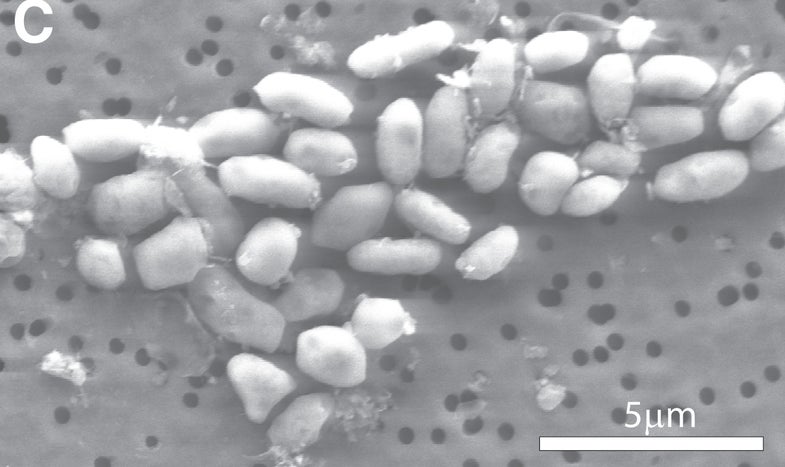 At first, the controversy over NASA’s arsenic-loving bugs centered on whether the space agency had found aliens. A week later, the debate has ping-ponged the other way, with scientists questioning whether the bacteria even love arsenic at all.

Over the weekend, a handful of respected microbiologists cried foul over NASA’s newly published study about a bacterium that apparently swapped arsenic for phosphorus in its molecular building blocks. If the scientists are right, the finding changes how we think about life, and suggests it might exist in weird forms elsewhere in the universe. The problem is, they’re wrong, according to several critics.

The opening salvo came from University of British Columbia microbiologist Rosie Redfield, who called the study “flim-flam” in a blog post on Saturday and said the authors are either bad scientists or unscrupulous cheerleaders for extraterrestrial life. Piqued by her strong words and other comments in the science blogosphere, science writer Carl Zimmer contacted a dozen experts to find out whether these were “isolated cranks” or valid critiques. It turns out many experts think the study is bunk.

You can read Zimmer’s account here; the Guardian has a thorough collection of reports from other international media sources. But here’s the gist: critics believe lead author Felisa Wolfe-Simon and colleagues published misleading results, mostly because they failed to take basic precautions.

In a press conference last week, Wolfe-Simon said the bacteria, known as GFAJ-1, can switch from phosphorus to usually-toxic arsenic in its biomolecules. She said the switch was so complete that GFAJ-1 incorporated arsenic into its DNA. As we pointed out last week, this behavior was not natural — the scientists fed the bacteria an arsenic-rich diet and removed most of the phosphorus.

Critics say Wolfe-Simon et. al are wrong, however, and that their own methods prove it — arsenic breaks down in water, so if it really was in the microbe’s DNA, it should have broken apart when the researchers washed it to remove other contaminants. Wolfe-Simon said the bacteria did not have enough phosphorus to account for all its growth, but critics say it might have been enough after all. Ideally, all this should have been resolved in the peer-review process — journal referees should have raised these questions before accepting the paper for publication.

Wolfe-Simon told Zimmer critics’ questions in the blogosphere “do not represent the proper way to engage in a scientific discourse and we will not respond in this manner.”

To that end, Redfield already submitted a letter to Science and is encouraging other researchers to submit technical comments.

The controversy goes beyond the scientific debate. It’s also a lesson in how not to inform the public about something so complicated and potentially profound.

Some critics add that NASA tricked the media and public into believing scientists had found aliens. A cryptic press announcement earlier in the week notified journalists NASA was holding a press conference to “discuss an astrobiology finding that will impact the search for evidence of extraterrestrial life.” Speculation roared forth, with some tabloids and blogs actually announcing, with no basis at all, that NASA had found alien life. Science denied the rumors, but refused to lift its embargo until Thursday morning, meaning science journalists could do nothing to dispel the misinformation unless they wanted to face sanctions later.

A few simple tests will easily answer these questions, however, so the dust may be settled soon. NASA has said it will hand out the bacteria to anyone else who wants to study it. Here’s hoping the scientists — and news organizations — are more cautious next time.