Manmade man parts, in case you've lost part of yours to injury, illness, or a congenital condition 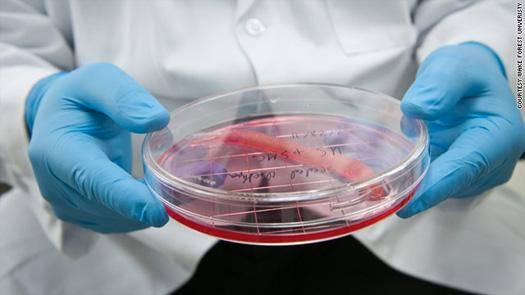 Are you ready? A team of scientists say they’re getting ready. They want to implant lab-grown penises onto human volunteers within the next five years, the Guardian reports. The pensies are designed to work for people who have lost theirs due to birth defects, cancer treatment, or injury. The team will seek approval from the U.S. Food and Drug Administration to conduct the human tests.

This isn’t the first time this team, led by Anthony Atala of the Wake Forest Institute for Regenerative Medicine in North Carolina, has built human organs for transplant. The same team has made urethras and vaginas in lab and tested both in human patients. Like the lab-grown urethras and vaginas, these man-made penises will be grown from samples of patients’ own cells (which means they require a biopsy from an existing penis, so unfortunately, this transplant won’t work for transgender men who want new organs altogether).

As the Guardian reports, the doctors would take biopsies from the patients, then coax the biopsied cells to multiply in a petri dish. The cells have to come from all the tissue types of the penis, such as muscle, endothelium, and blood vessels. Those tissues are applied, in order, on a collagen scaffolding, which would come from a deceased organ donor. Atala’s urethras and vaginas are also built from patients’ cells, grown on scaffolds, although those scaffolds don’t seem to require organ donors.

The idea behind using biopsied cells is to ensure that patients get a real, live organ that their immune systems won’t reject. Whether the organ will work the way patients want—in the case of penises, allowing them to have erections or even father children—remains to be seen.

The team previously made penises in this way and transplanted them onto 12 male rabbits, the Guardian reports. After their surgeries, all of the rabbits tried to mate when placed in a cage with a female. Eight of them ejaculated. Four fathered baby bunnies. Scaling up from a rabbit penis to a human one has been a major challenge, Atala told the Guardian, but he has thus far made six human-size organs that have undergone some durability testing: