The quest to engineer entire organs in a lab 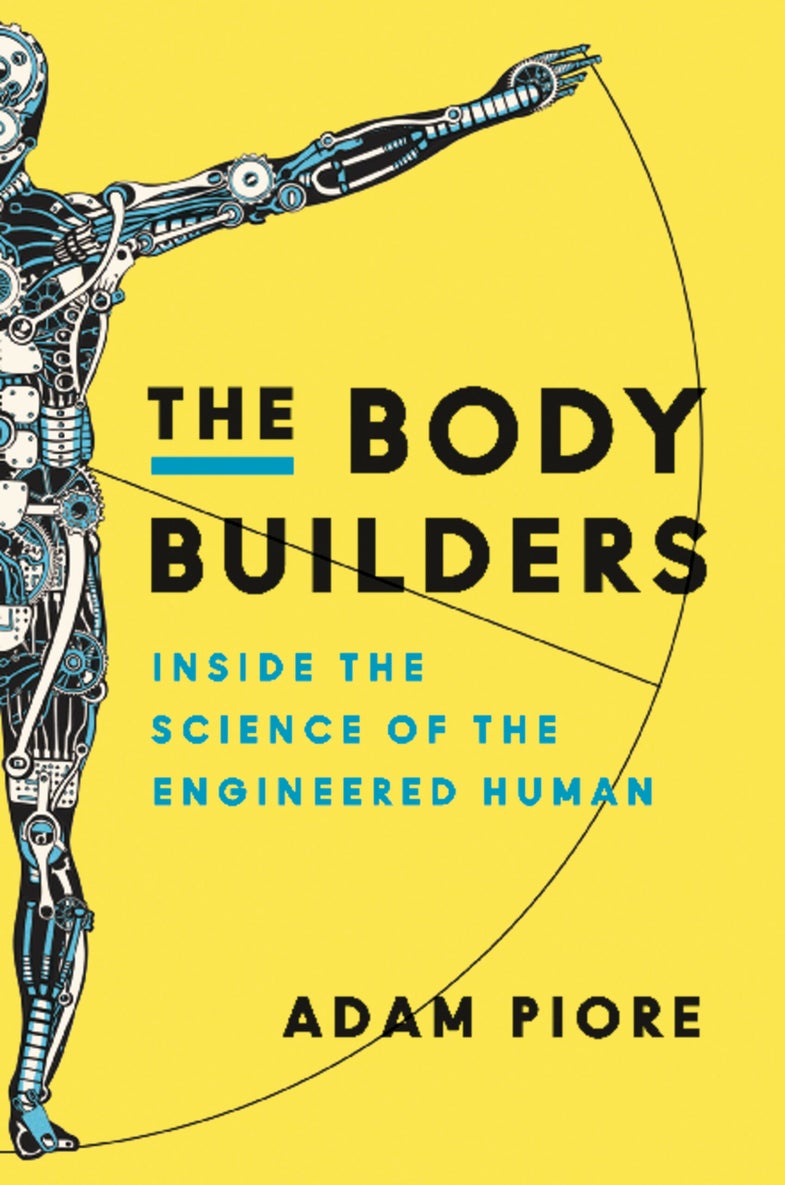 The following is an excerpt from The Body Builders by Adam Piore.

One of the holy grails in the field of regenerative medicine is the ability to engineer whole organs in all their complexity, not just pieces of them. Laura Niklason is one of those pushing this boundary. During a visit, I followed one of her postdocs into a refrigerated closet in her Yale University laboratories. He reached out to a shelf and took down a jar. Unlike the amorphous piece of heart muscle Gordana Vunjak-Novakovic had showed me, there was no mistaking what was floating inside this container. It was a perfectly preserved pair of rat lungs, taken from an actual animal and “decellularized.”

Like those who are engineering simpler tissue, Niklason relies on physical forces and a chemical soup to replicate the native environment of the organ and coax stem cells to mature into the kind of tissue she desires when manufacturing lungs. But she came to believe early in her efforts that science did not yet offer the technology to construct an artificial scaffolding detailed enough to emulate the shape and architecture of a real lung, a complex structure as labyrinthine as a Minotaur’s maze. We inhale air through the human trachea, a single passage, which quickly branches into smaller offshoots, which in turn project branches of their own. There are, in fact, twenty-three generations of branching in the airways of our lungs, and hundreds of millions of air sacs 200 microns in diameter, each one filled with capillaries that absorb oxygen into the blood.

“If you try to make a polymer that’s got all that built in . . . ,” Niklason tells me, trailing off and scrunching up her face as she contemplates the magnitude of the challenge. “The technology isn’t there. Doesn’t exist. Full stop. Can’t do it.”

Instead, Niklason relies on nature to do it for her. After taking lungs out of a dead donor, she soaks them in a combination of detergents and strong salt solutions to wash away all of the cellular components of the lung most likely to trigger an immune response when placed in a new body. What’s left behind is a raw scaffold, the same kind of fibrous material Badylak uses when regenerating muscle, a structure whose biochemical components are largely the same across individuals and species. Unlike Badylak, however, what’s important for Niklason in the early steps is the scaffold’s complex architecture, its exact shape. Once the scaffold has been cleansed, she perfuses it with stem cells and places it in a bioreactor that aims to replicate the conditions a normal lung is exposed to inside the body.

“Blood perfuses through our lungs,” she explains. “So, we had a setup so that we could perfuse the lung tissues and allow them to breathe as well, because breathing is important for lung development. Then we spent a lot of time working on the soup, too. So, it’s scaffold, and bioreactor, and soup.”

Niklason is not yet ready to test her lungs out on human patients. She notes that so far, no one has implanted such artificial lungs even in a rat for more than a day or two. The engineering requirements for a human, she notes, must be flawless, since the human recipient will likely live for many years.

“It’s like building the Brooklyn Bridge,” she says. “You have to decide how long it’s going to be, how wide it’s going to be, how much weight it can sustain. Can it withstand wind shear, changes in temperature? It’s got to fulfill those criteria before you let people drive their cars across. Otherwise they crash into the East River.”

Niklason’s former office mate, Vunjak-Novakovic, is also working on ways to regenerate lungs. But she is taking a different approach. There are ten times the number of patients who need lung transplants as there are lungs from organ donors, she notes. What’s more, about 40 percent of the donated lungs are rejected due to defects or damage during transport.

Instead of building an entirely new lung, Vunjak-Novakovic and her lung team place these damaged lungs in a humidified machine she calls “Deep Breath,” which perfuses oxygenated blood, or blood substitutes infused with nutrients and oxygen, through the organ to simulate the real-world conditions of breathing. Then she and her team look for damaged areas and build healthy centers of tissue throughout the organ by adding stem cells, derived from the patient’s own body, and using them to regenerate discrete pockets of lung tissue. They think that just seeding a few new colonies of stem cells could improve lung function to the point where an organ that would otherwise be rejected is considered functional enough for a transplant—and presumably to save someone’s life.

“We look for the worst possible areas and try to fix them instead of removing everything and repopulating everything,” Vunjak-Novakovic says. “The surgeons tell us that in most cases, if we can improve lung function by ten, fifteen, twenty percent we may be able to reach the bar for implantation and the body will do the rest, rather than starting from zero.”

From The Body Builders by Adam Piore. Copyright 2017 Adam Piore. Excerpted by permission of Ecco, an imprint of HarperCollins Publishers.