Foods that don't need to be replanted every year would be a boon for the environment. But when will they arrive? 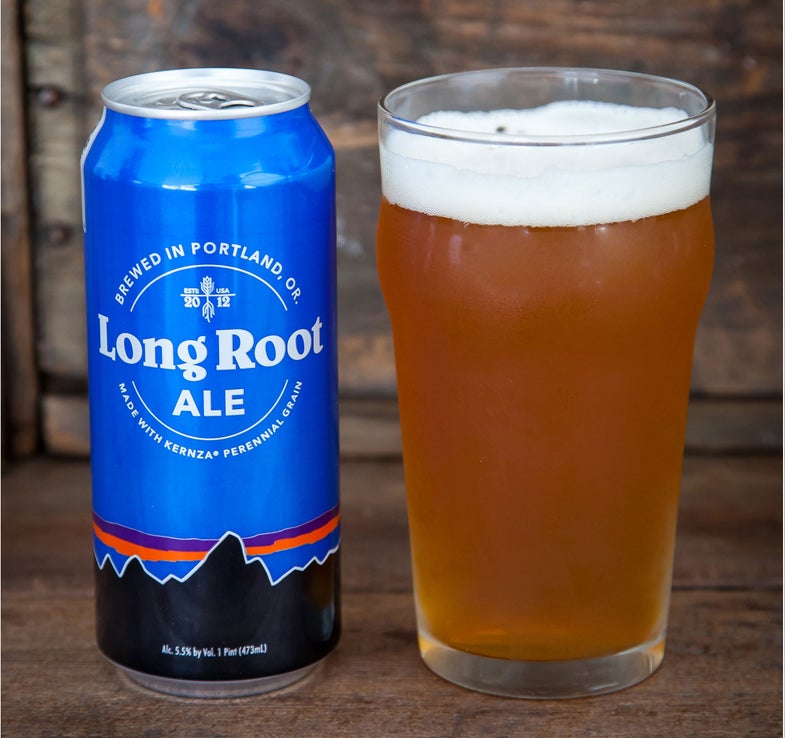 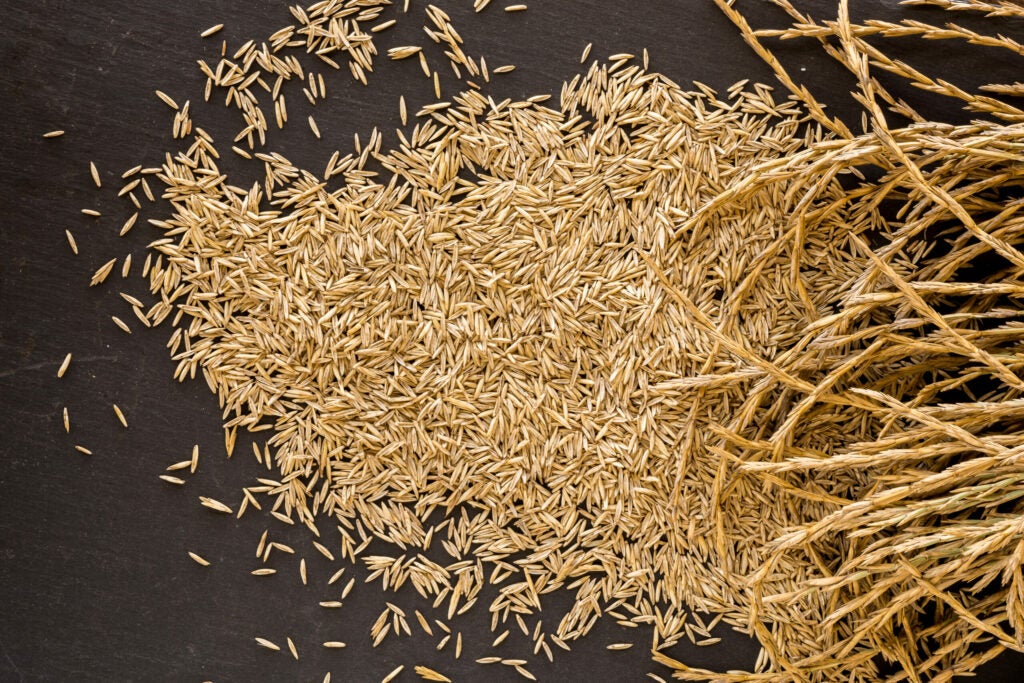 The Land Institute has developed a perennial grain, called Kernza, that doesn’t need to replanted each year. Their researchers say it will help prevent soil erosion.

By this time of year, most gardeners in the United States have pulled out their summer annual flowers like vincas and petunias to make way for the showy fall pansies and violas. Perennials such as asters and stonecrops, on the other hand, are thriving exactly where they were planted years ago. While the annuals take extensive effort in terms of harvesting, planting and fertilizing, perennials need only be cut back after they die, springing back up, unbidden, year after year.

If we can make this choice with the flowers that beautify our gardens, why can’t we do it with the food crops that sustain our lives? Researchers at The Land Institute in Kansas have been working on a project to address this problem since 2003, and within the next few years, they hope to have a widely available crop that fills this niche. Not only does their perennial grain exist, but Patagonia Provisions (the foodie branch of the outdoor clothing company) has already made a beer out of it. 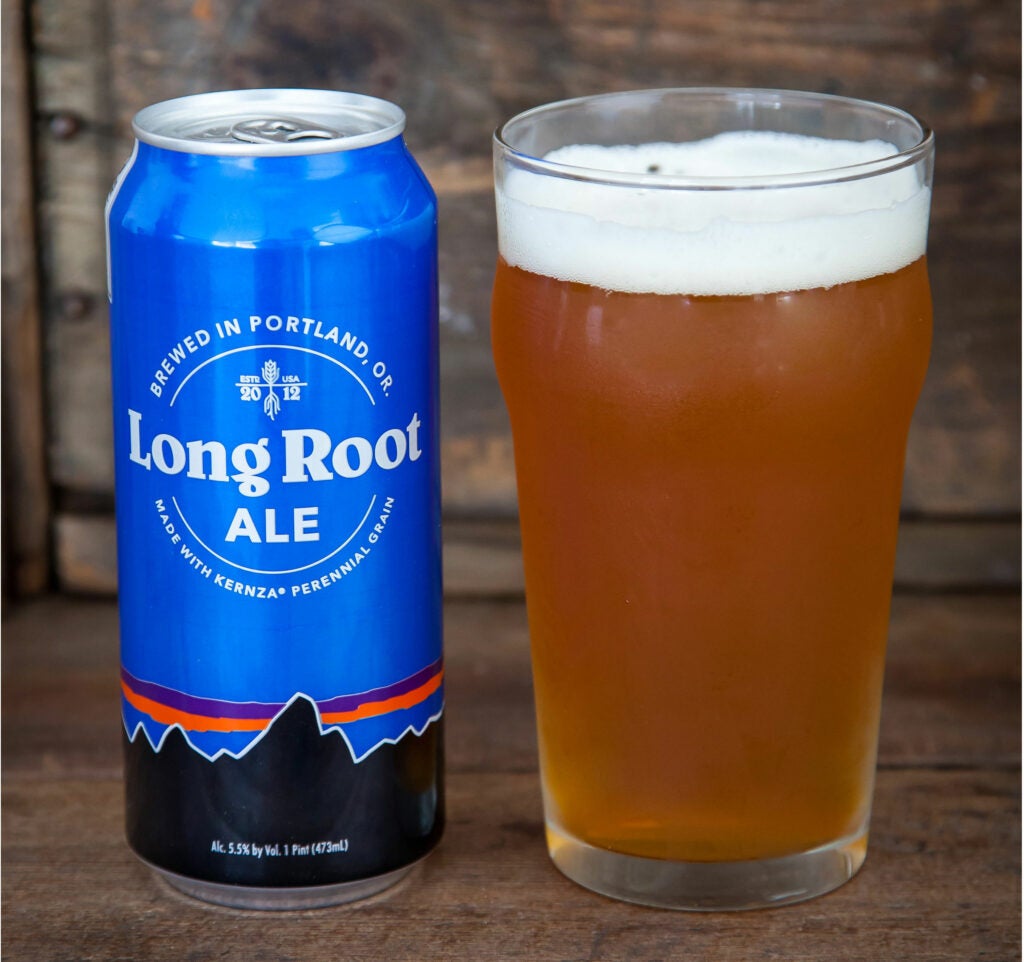 Have your beer and drink it too

Patagonia Provisions’ Long Root Ale is brewed from Kernza, a perennial grain whose roots can burrow 10 feet below the soil surface.

The Land Institute’s trademarked crop, called Kernza, is a distant cousin of wheat, rye, and barley, but it’s a perennial. Over generations of selecting for beneficial traits such as grain size, disease resistance and crop yield, the research team has bred a type of grain that they say can serve an important role in slowing erosion and sequestering soil carbon. Plus, “it has a flavor and functionality profile like wheat, which is easily usable in a wide variety of foodstuffs,” says Lee DeHaan, lead scientist on the Land Institute’s Intermediate Wheatgrass Program.

While Kernza may be able to replace wheat in recipes, it is not yet taking the place of annual wheat varieties in agriculture. It currently has a kernel only about 20 percent the size of wheat. But the team hopes to get that number up to 50 percent within ten years.

Seed kernel size aside, Kernza’s root structure makes it a remarkable crop plant. Whereas wheat plants never stay in the ground long enough for their roots to penetrate to a significant depth, Kernza’s roots creep down more than ten feet over its lifetime. This could go a long way in preventing erosion and fertilizer runoff, two massive environmental impacts of wheat farming that have contributed to the ever-growing dead zones in the Gulf of Mexico. 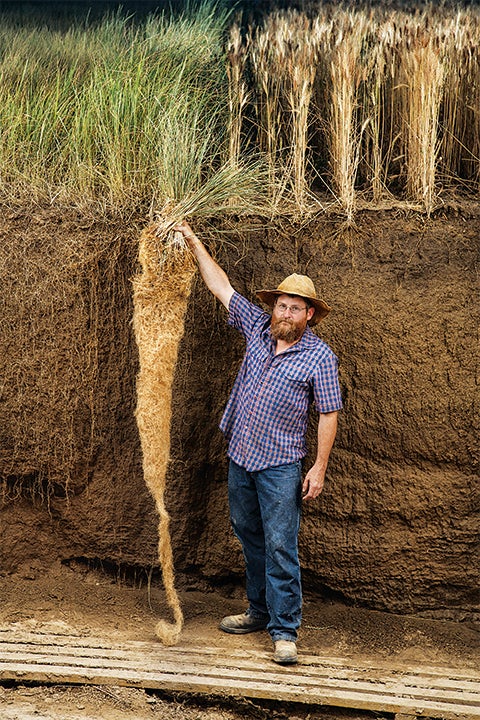 News stories regularly surface in the popular press about how scientists are trying to develop perennial wheat, or about how perennial grains are poised to change the world. But that change has been slow to come. Sure, researchers at Washington State University, The Land Institute, University of Georgia, and others have made progress toward developing crop species that will grow back each year without being replanted, but multiple issues still need to resolved. These include low crop yields, sterility of hybrids, and the quality known as “shatter,” a wild grain’s tendency to drop its seeds before a farmer has had a chance to harvest them.

So despite progress on grains such as Kernza, perennial grains have yet to revolutionize agriculture or end world hunger. Millions of acres of soil are still lost annually to irrigation runoff, and approximately one in nine humans still does not eat enough to lead a healthy, active life.

And while perennial grains are not yet staples in our pantries, DeHaan points to the current state of research as a source of optimism for the future proliferation of perennial grains. “That will require decades more work,” he says, “but we believe the objectives are achievable based on steady progress so far.”

Meanwhile, at least you can crack open a Long Root Ale and dream of the agricultural revolution—but only if you live in California, Oregon or Washington.