The latest IPCC report warns that we need to fix deforestation and agriculture to fix the climate. 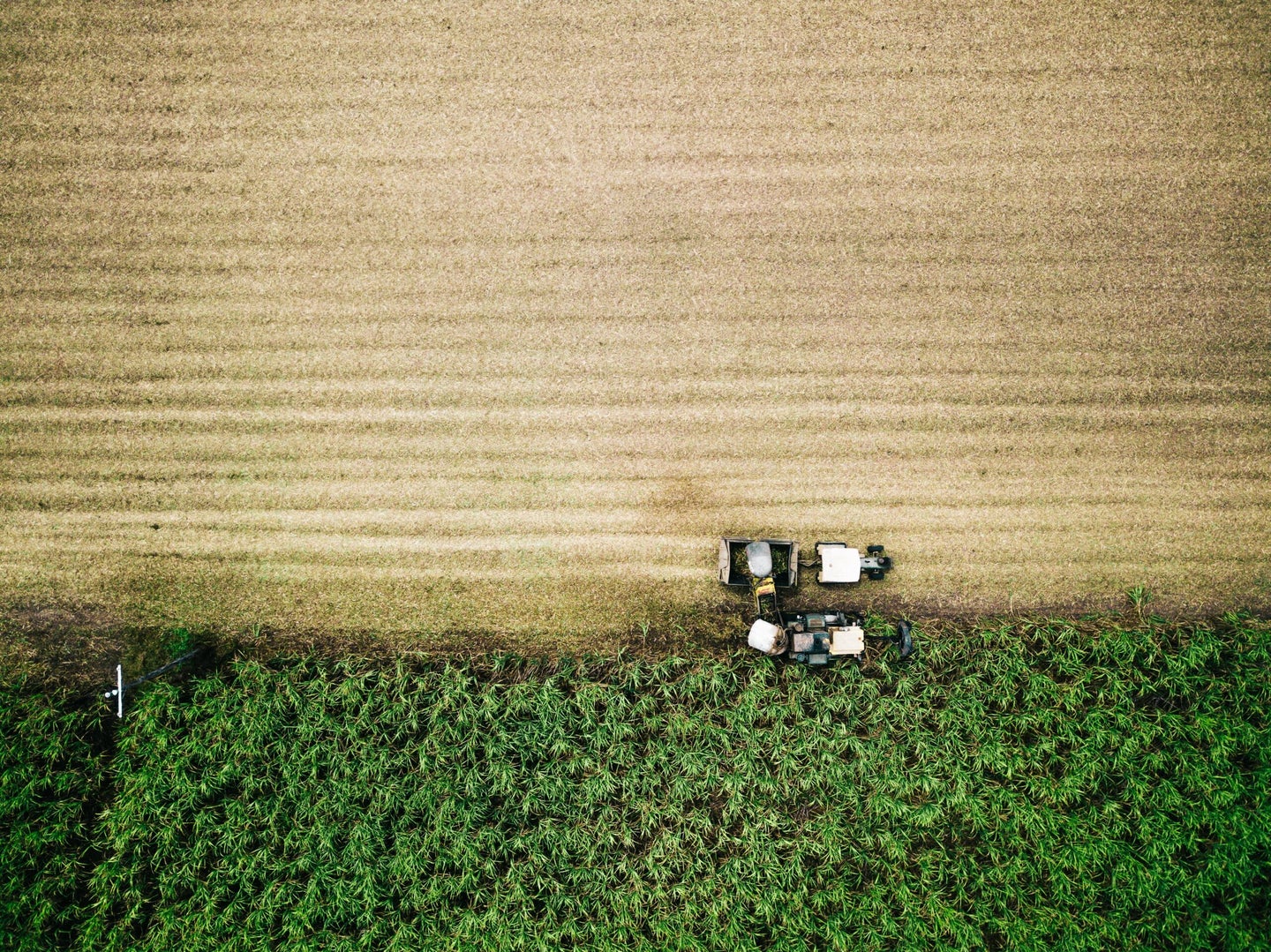 We can’t halt the climate crisis without changing how we use land, warns a new report from the Intergovernmental Panel on Climate Change.

Today, humans are impacting over 70 percent of the Earth’s ice-free surface. And our heavy use is having a big impact: the report states that agriculture, forestry, and other land use practices are responsible for about 23 percent of human-caused greenhouse gas emissions.

An area of land can store or release carbon depending on the climate, soil, and organisms at the location—and how humans are impacting it. When we deforest land, the trees pulling CO2 from the air and storing the carbon in their biomass are lost. When we drain a peatland, the once water-logged peat—formed from thousands of years of plant debris accumulating—rapidly decomposes, releasing massive stores of carbon into the air. And when a tractor tills soil, microbes break down organic material and release carbon dioxide. “Land takes up about a quarter of annual anthropogenic carbon emissions,” says Forrest Hoffman, a computational climate scientist at Oak Ridge National Laboratory. “It’s globally a big sink of greenhouse gases, and we want to maintain that sink as much as possible.”

Broken down by gas, land use-related emissions account for 13 percent of global CO2 emissions, 44 percent of methane emissions, and 82 percent of nitrous oxide (N2O) emissions. The report specifies that rising numbers of ruminants (cows, mostly) and a bump in rice production are responsible for recent increases in methane. Meanwhile, N2O—a greenhouse gas over 200 times more powerful than CO2—arises mainly from fertilizer use. When farmers apply more nitrogen fertilizer to fields than plants can take up, certain microbes use it instead of oxygen in their respiration and release N2O in the process. Livestock manure also contains high levels of nitrogen, and the increasingly large volumes of it deposited on pastures and rangelands also contributed to the bump in N2O.

Intensive land use practices are also rendering once fertile and vegetated lands into deserts—a process known as desertification—and increasing erosion of soil. In conventional, tilled croplands, wind and water erode soil more than 100 times faster than it regenerates. In total, humans are paving over, eroding, otherwise degrading lands across a quarter of the Earth’s ice-free lands.

Climate change will make all of this worse

Already, human-caused warming is creating more frequent and intense droughts and heat waves, stronger storms, and rising seas. Climate zones are shifting—arid regions are growing, while polar climates are shrinking. All of this compromises agricultural systems and their ability to produce a reliable supply of food. “Climate change has already affected food security due to warming, changing precipitation patterns, and greater frequency of some extreme events,” the report states.

As humans continue to warm the planet, the report notes these impacts will only get worse. Crop yields and animal production will decline, while agricultural pests and diseases ramp up. The report warns that permafrost will thaw, coasts will degrade, and vegetation will decline—and the more greenhouse gases we emit, the greater these risks will be.

We have a chance to reverse this

Though human land use currently skews toward abuse, that doesn’t mean it can’t be part of the solution. Cutting back on deforestation, and conserving lands that store carbon—including wetlands, grazing lands and forests—offers immediate climate mitigation benefits, write the authors. Planting trees, either to restore forests or grow new ones, is beneficial as well, though it can take decades to realize their full carbon-capturing potential. The report also emphasizes the importance of peatlands, which can continue to store organic material and sequester carbon for centuries.

Also, “Avoiding, reducing and reversing desertification would enhance soil fertility, increase carbon storage in soils and biomass, while benefiting agricultural productivity and food security.” There are plenty of options to achieve that goal, each of which should be selected based on the location’s needs, like planting drought-resistant flora, and including trees on cropland to help conserve soils. Using lines of vegetation to create wind breaks can also help, since they catch dust, lower wind erosion, and create carbon sinks all at the same time.

The report suggests our food system needs a big shift, too. As a whole (including off-farm activities such as fertilizer manufacture and refrigeration), the global food system is responsible for up to 37 percent of human-caused greenhouse gases entering the atmosphere. But the potential to mitigate emissions from this sector is also vast; changes to agricultural practices could cut up to 9.6 gigatons of carbon equivalent emissions yearly, and changes to our diets could eliminate to 8 gigatons annually. As the report notes, “Balanced diets, featuring plant-based foods, such as those based on coarse grains, legumes, fruits and vegetables, nuts and seeds, and animal-sourced food produced in resilient, sustainable and low-GHG emission systems, present major opportunities for adaptation and mitigation while generating significant co-benefits in terms of human health.”

Cutting food waste is important, too. Right now, 25 to 30 percent of food produced is lost or goes to waste, and this waste is the source of 8 to 10 percent of human greenhouse gas emissions.

This is going to be a challenge

To limit warming to 1.5ºC or below 2ºC, as is needed to avoid the most disastrous effects of climate change, the report authors note we’ll have to use land to store carbon. We can’t just cut our emissions. There’s an array of paths forward, with options like planting trees, conserving existing forests, and biofuels with carbon capture (by storing the carbon emitted when burning a biofuel, such technologies create a net decrease in CO2).

Of course, these are all big changes to our current patterns of existence. But we already have a lot of tools and know-how. And delays, the IPCC emphasizes, will only make our hotter future worse.