In a major breakthrough for Alzheimer’s research, scientists have turned human embryonic stem cells and skin cells into brain cells... 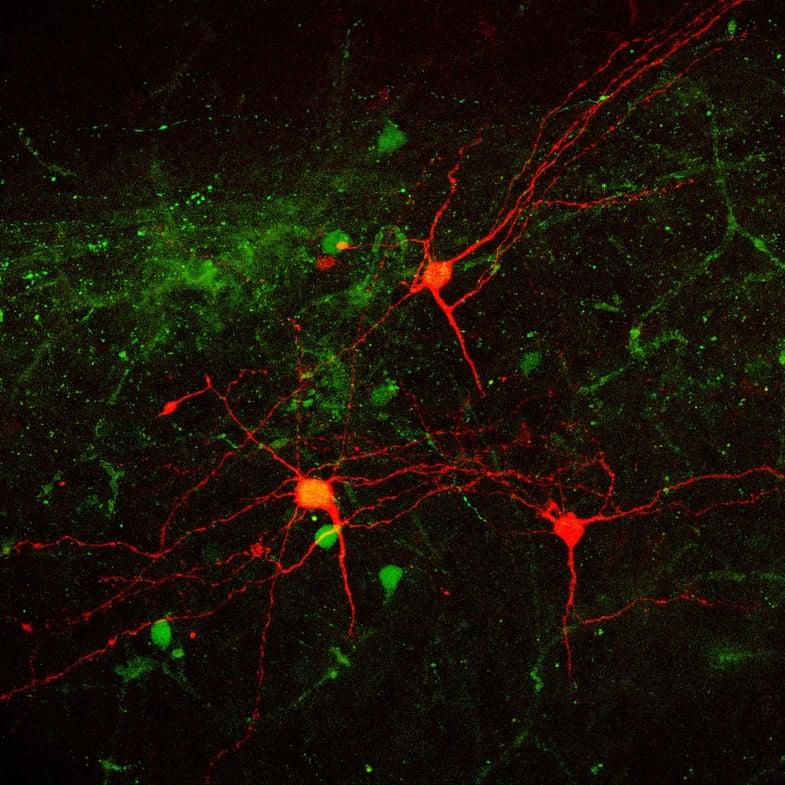 In a major breakthrough for Alzheimer’s research, scientists have turned human embryonic stem cells and skin cells into brain cells associated with memory and learning, whose death is key to the progression of the disease. The finding could help scientists test new ways to keep the cells from dying, and could someday lead to lab-grown stockpiles that could be implanted into the brains of Alzheimer’s patients.

Jack Kessler, chairman of neurology at Northwestern University’s Feinberg School of Medicine in Chicago, cautions that the research is neither a treatment nor a cure, but it puts scientists on a path toward understanding how to treat memory loss, one of the most debilitating symptoms of Alzheimer’s.

Led by researcher Christopher Bissonnette, who was drawn to Alzheimer’s research after losing his grandfather to the disease, the Northwestern team coaxed embryonic stem cells into becoming basal forebrain cholinergic neurons, or BFC cells. The neurons facilitate the retrieval of memories, Health Day explains.

Embryonic stem cells, which are derived from embryos created for in-vitro fertilization, can be induced to turn into any kind of cell. The team also tried it with skin cells, turning them into induced pluripotent stem cells, but most of the work focused on the embryonic cells. Bissonnette’s team spent six years testing millions of cells before they figured out the gene sequence required to turn them into BFC neurons, according to the Chicago Sun-Times.

They implanted the replacement cells in mice, and the cells appeared to work in the same way as the mice’s natural BFC cells, Health Day says.

BFC neurons are thought to be the earliest cells lost to Alzheimer’s disease, which usually first appears as forgetfulness and confusion. Brain activity is altered as cells cease functioning and die; eventually, patients lose the ability to communicate or respond to their environment.

Even if the stem cells could be implanted in Alzheimer’s patients, it doesn’t attack the disease directly. Scientists are still unsure what causes Alzheimer’s to develop. But it could be combined with other treatments, and it might help patients in the earliest stages of the disease, the Northwestern team said.

The research, funded by the National Institutes of Health, is reported the March 4 issue of Stem Cells.