Women who bemoan their once-a-month curse may soon have reason to appreciate it: Chelsea Briganti, a senior at the Parsons... 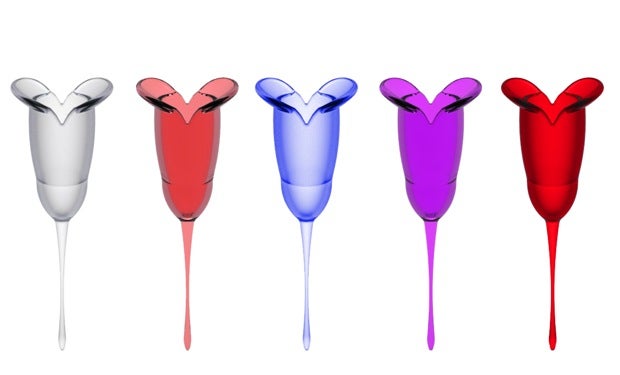 Women who bemoan their once-a-month curse may soon have reason to appreciate it: Chelsea Briganti, a senior at the Parsons New School for Design, has developed a tampon-like kit made from silicone that collects and stores adult stem cells from the wearer’s menstrual blood.

Regardless of the “ick factor,” we wonder why no one has thought of this before, as scientists are quite aware that the stem cells found in menstrual blood are more powerful than the ones found in one bone marrow. Menstrual stem cells contain embryonic stem cell markers, and can differentiate into nine different types of cell.

Briganti’s invention, called Mademoicell, is priced at $75 and comes in sets of three. Usage is straightforward enough: insert, wait, remove, mark “NOT FOR CONSUMPTION,” and store it in a refrigerator before mailing it to a lab.

Although Mademoicell is more of a concept than a a consumer product at this point, we imagine the controversy it would stir if it ever hits the market. Although collecting stem cells found in menstrual blood poses less of an ethical dilemma than harvesting human embryos does, it may be awhile before consumers overcome the stigma of monthly periods. Come on, people, do it for science.