With A Chemical Injection, Blind Mice Can See

An injection of a specific chemical directly into the eyes can temporarily restore sight in blind mice, suggesting a new... 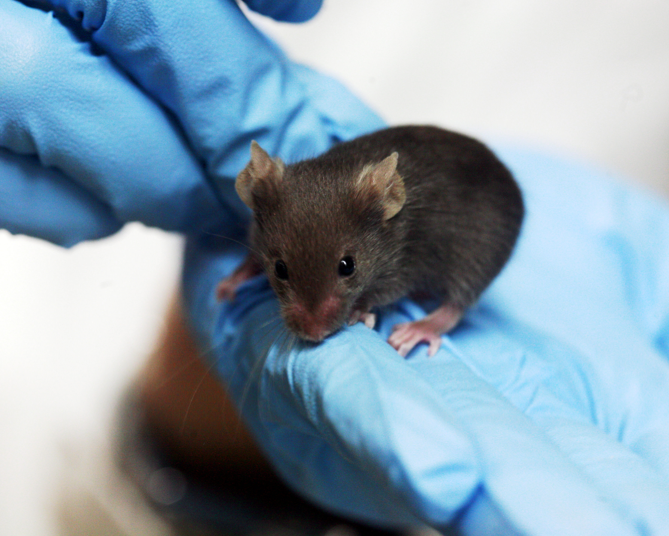 An injection of a specific chemical directly into the eyes can temporarily restore sight in blind mice, suggesting a new therapy for people with vision loss, a new study says. The researchers who discovered the chemical capability are working on an improved version that could someday work in humans.

Two of the most common causes of blindness are retinitis pigmentosa, a genetic disease, and macular degeneration, an age-related disorder. Both are characterized by damage to the rod and cone cells in the retina, which robs the eye of its photoreceptors. Treatments for these forms of blindness focuses on restoring the retina’s abilities, and we’ve seen a few examples — stem cell injections, implantations of light-sensitive compounds using viruses, and a whole host of electronic devices and artificial retinas. A chemical called AAQ can also make these damaged cells sensitive to light again, and it wouldn’t require any foreign substances or stem cells.

Researchers led by Richard Kramer, a molecular and cell biology professor at the University of California-Berkeley, chose AAQ because it is a photoswitch, capable of exciting neurons in the presence of light. It binds to potassium ion channels on the surfaces of the rod and cone cells, and when the chemical is exposed to light, it changes the flow of ions. This ion flow activates the neurons. Kramer and a co-author, University of Munich chemist Dirk Trauner, first synthesized AAQ several years ago.

In this experiment, the team worked with mice that had been genetically modified so their rods and cones would die within a few months of birth. Mice that received AAQ injections later shied away from light and their pupils contracted, which indicated their brains were receiving light signals, the researchers said. 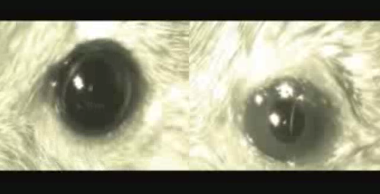 The mouse eye on the left does not react to light; the one on the right contracts in response to light.

In a separate study published in the same research journal, scientists report that gene therapy can restore hearing in deaf mice. It’s the first time genetic hearing loss has been treated in lab mice, so it’s also a milestone for potentially treating humans, scientists said.

But the key breakthrough in the blindness study is that there are no external genes involved. No stem cells or viruses are needed, either — AAQ works on its own, and it’s a fairly simple chemical, so it can be easily used with other therapies, too. There is one catch in that it wears off after a few days, the researchers said. Still, repeated injections could be a much less invasive way to restore some sight to people with vision loss. The study appears this week in the journal Neuron.