If a stem cell treatment replaced the most common cosmetic surgery procedure, it could pave the way for much wider medical use of the potent little cells 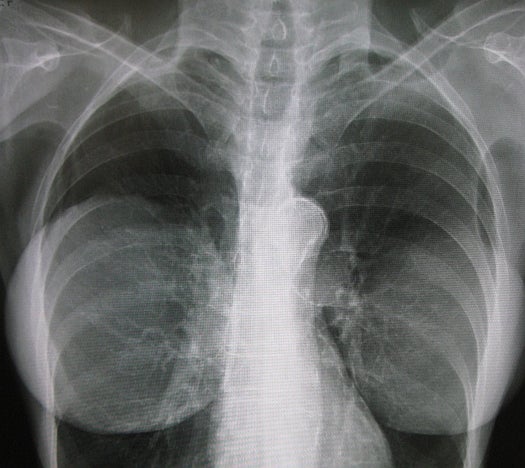 The objections surrounding the use of embryonic stem cells in organ and tissue reconstruction could be silenced if clinical trials for a new strain of stem cells derived from liposuctioned fat get a nod of approval from the FDA. And if they do, their first order of business will probably be growing bigger breasts.

Experimenting with non-vital organs is safer and subject to a much more limited set of regulations, since the stakes in experimenting on a human heart are much higher than on less-crucial appendages. Additionally, FDA approval isn’t required to relocate cells that are removed and returned to the same person in one procedure. And breast augmentation is the most commonly performed plastic surgery in the U.S., earning almost $1 billion in 2009.

Trials in breast growth (and re-growth in the case of breast cancer survivors recovering from mastectomies, lumpectomies and quadrantectomies) have been promising. Since the tissues induce the formation of blood vessels, the regenerative cells link the blood supply to the fat cells they’re traveling with, presenting a much lower risk of reabsorption than the injection of fat cells alone. In 2007, a cosmetic surgeon in Japan began a human study and reported that patients injected with the stem-cell-loaded fat solution grew an average of 4 centimeters in breast circumference while the tissue remained soft and natural.

If the San Diego-based biotech company Cytori Therapeutics that developed the centrifuge system gets FDA approval for clinical trials, they could find themselves at the forefront of the regenerative medical industry; but not before they tap in to the sizeable market of women willing to trade surplus fat elsewhere for a more shapely bustline.